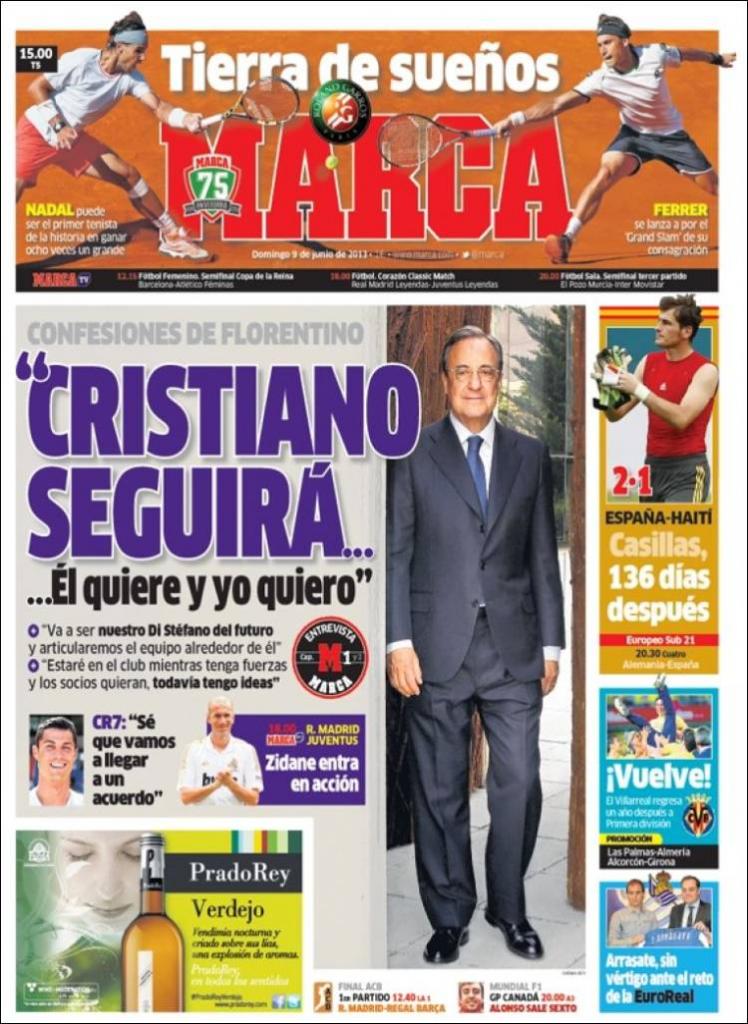 “He’ll be at the club while he is still strong and the fans want him. I still have ideas”

CR7: “I know we are going to reach agreement”

Return! Villarreal back in La Primera one year later

Arrasate, no fear about the EuroReal challenge 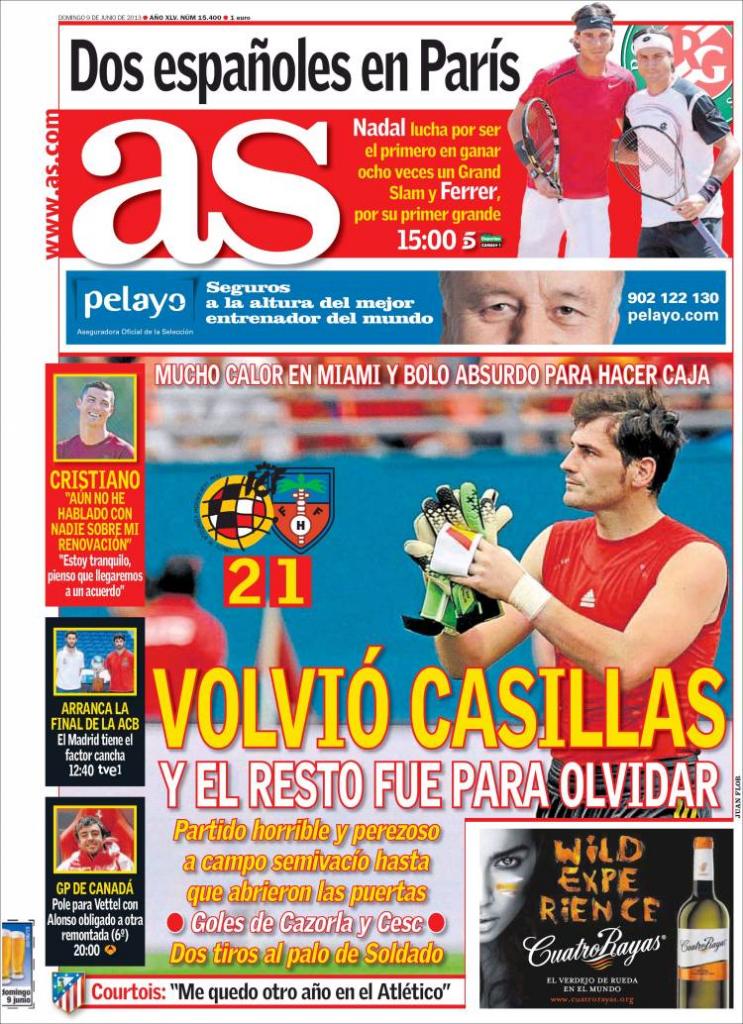 Casillas returned but the rest was something to forget

Much heat in Miami in a nonsense clash to make money

Goals from Cazorla and Cesc

Cristiano: “I’ve still not spoken to anybody about renewing my contract” 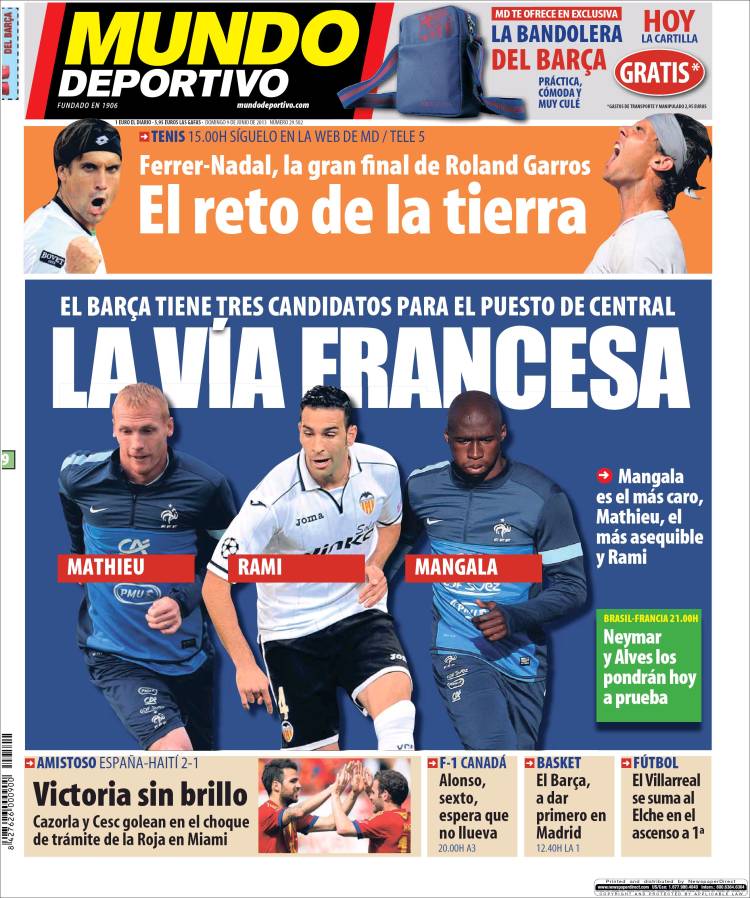 Barca have three candidates for the central defensive role - Mangala is the most expensive, Mathieu the most available, and Rami

Brazil-France: Neymar and Alves put to the test today

Villarreal join Elche in being promoted to La Primera