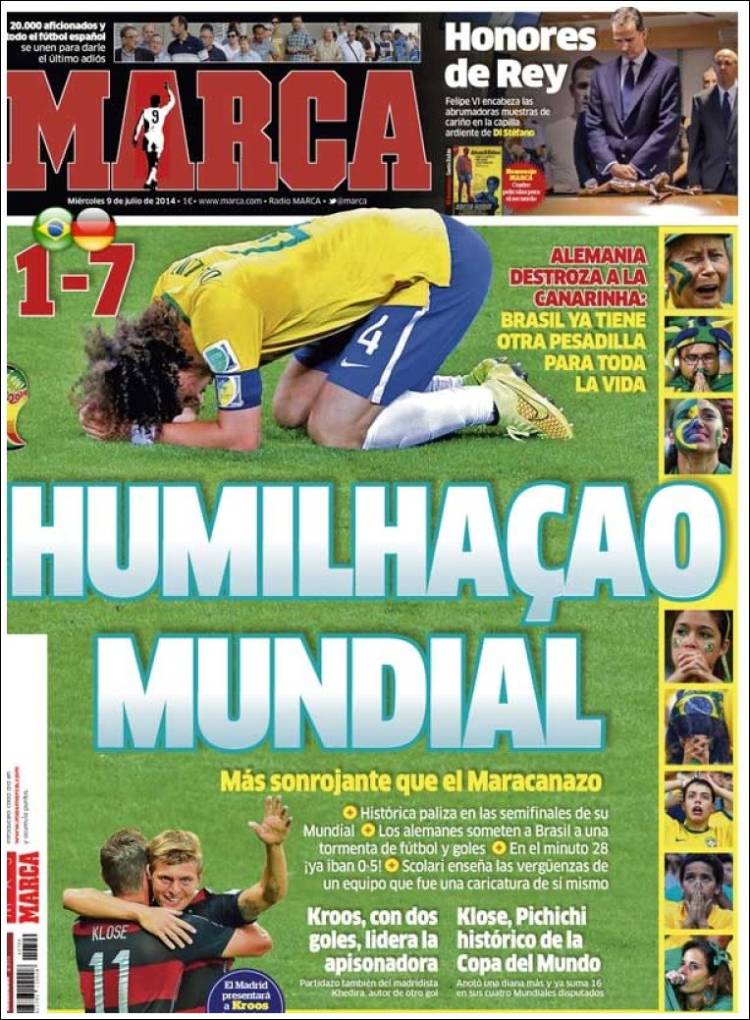 More embarrassing than the Maracanazo

Brazil now have another nightmare for the rest of their life

A historic thrashing in the semi-finals of their World Cup

Superb game from Madrid player Khedira, who scored a goal

Klose, top goal scorer in the history of the World Cup 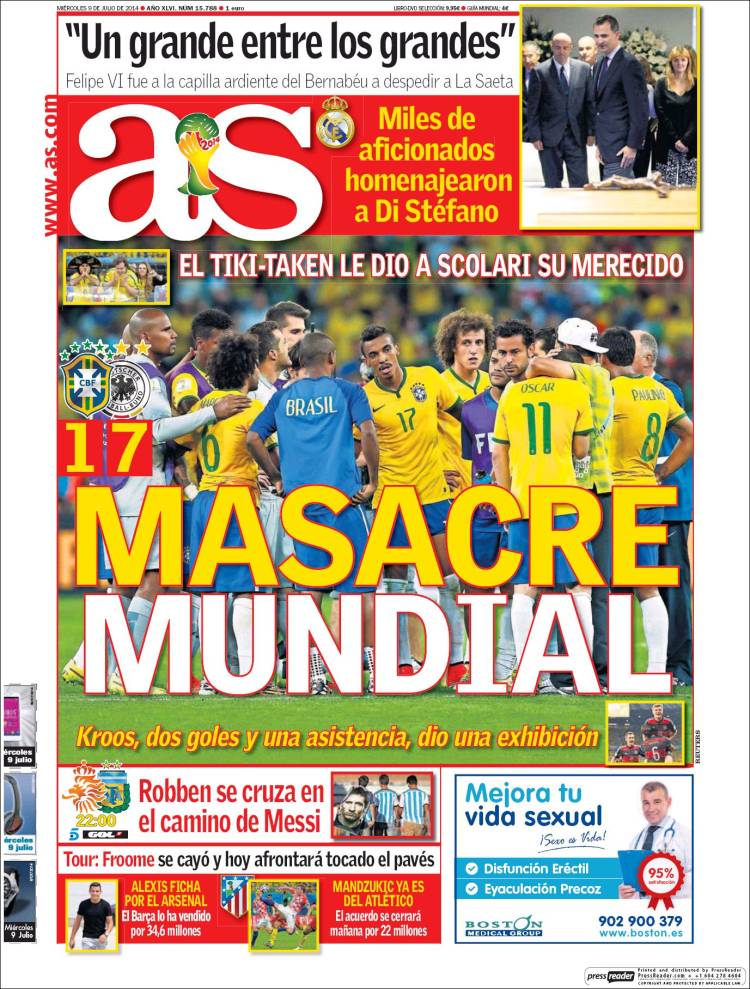 Tiki-taken gives Scolari what he deserves

Kroos with two goals and an assist gave an exhibition.

Robben crosses the path of Messi

The agreement will be sealed tomorrow for €22m 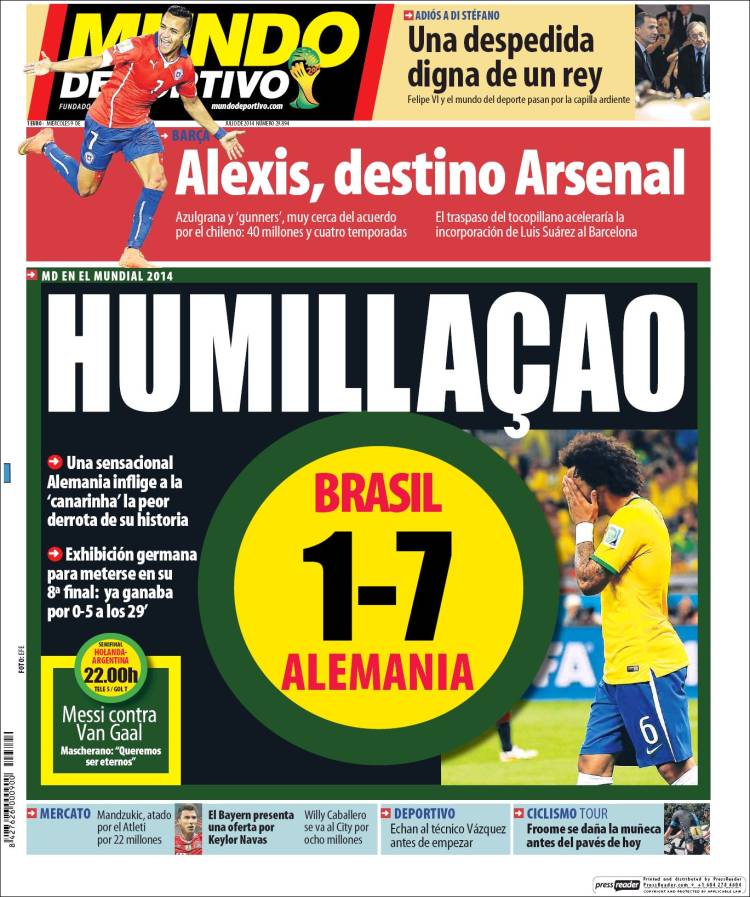 A German exhibition puts them in their eight final

They were winning 0-5 after 29 minutes

Mascherano: 'We want to be eternal'

A dignified send-off of a king

Felipe VI and the world of sport go to the chapel

Azulgrana and the Gunners are very close to an agreement for the Chilean: €40m and four seasons

Mandzukic tied to Atletico for €22m

Deportivo dismiss their Coach Vazquez before even starting