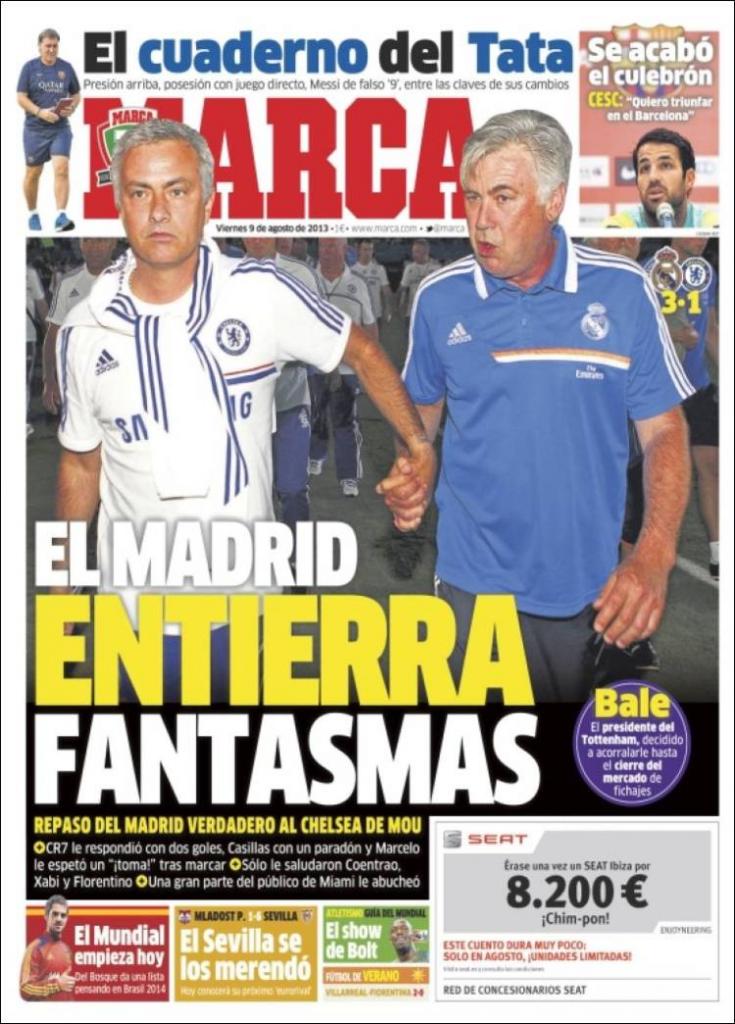 CR7 responds with two goals, Casillas with a great stop and Marcelo gives him a ‘take that!’ after scoring

Only Coentrao, Xabi and Florentino greeted him

A great part of the crowd booed him

Bale: The Tottenham President has decided to stall until the close of the transfer market

Tata’s notebook- pressure up front, possession with direct play, Messi in a ‘false 9’ position amongst his key changes

The saga is over – Cesc: “I want to be a success at Barcelona”

The World Cup begins today. Del Bosque will announce his squad with Brazil 2014 in mind

Mladost 1 Sevilla 6: Sevilla stroll it and today will know their next ‘Eurorival’ 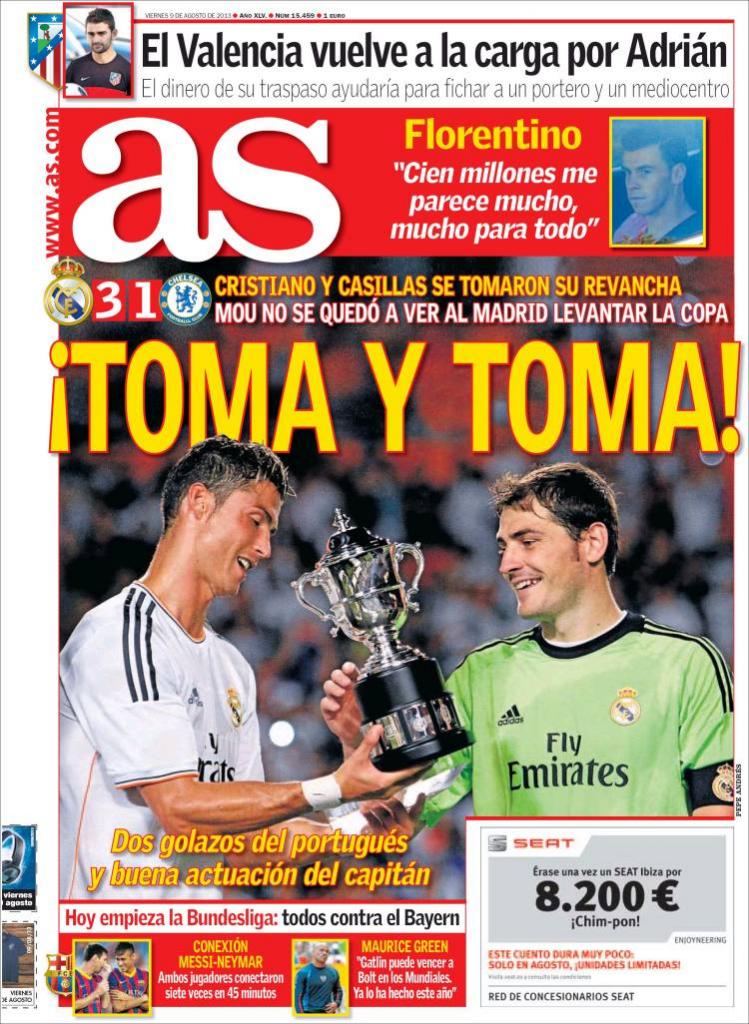 Take that and take that!

Cristiano and Casillas get their revenge

Valencia push again for Adrian: the money from his transfer would go towards signing a goalkeeper and a central midfielder

The Bundesliga starts today: everybody against Bayern

The Messi-Neymar connection: both link up seven times in 45 minutes 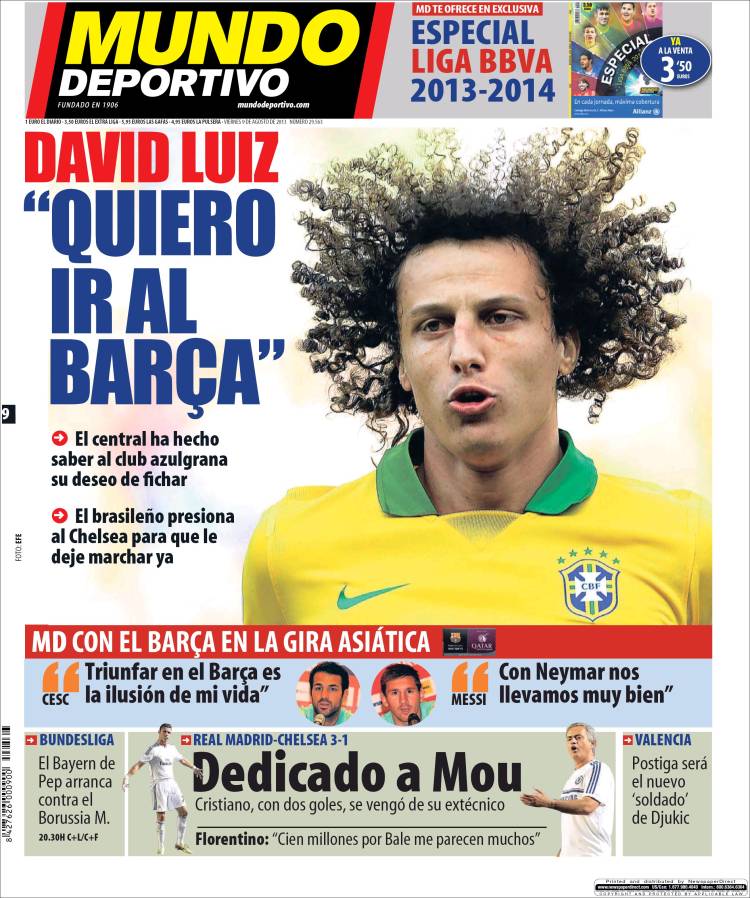 David Luiz: “I want to go to Barca”

The Brazilian pressures Chelsea to let him go now

MD with Barca on their Asian tour

Cesc: “To be a success with Barca is my lifetime dream”

Messi: “I get on very well with Neymar”

Dedicated to Mou: Cristiano, with two goals, gets revenge on his former Coach

Postiga will be Djukic’s new ‘soldier’