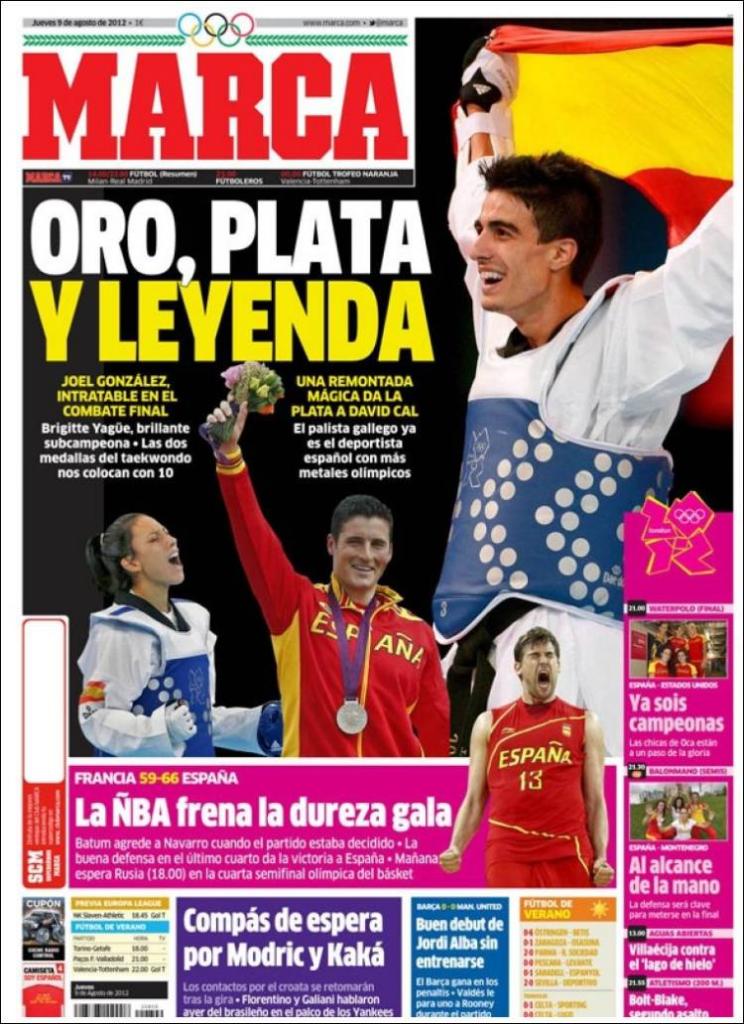 A waiting game for Modric and Kaka

Contact for the Croatian will begin again after the tour

A good debut for Jordi Alba without training 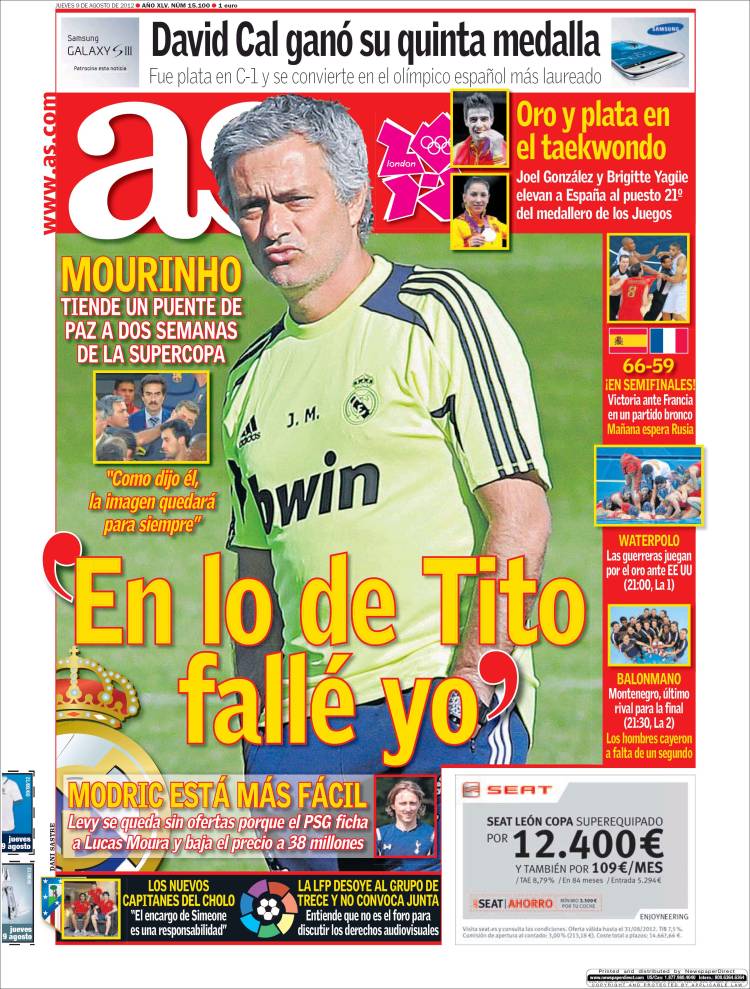 Mourinho offers an olive branch two weeks before the Supercopa

"It was my mistake what happened with Tito"

"As he said, the images will last forever"

Modric getting easier: Levy left without offers as PSG sign Lucas Moura and he lowers the price to €38m

El Cholo's new captains: "To carry out Simeone's orders is a responsibility"

The LFP ignores the group of 13 clubs and will not hold a meeting: it believes it is not a forum to discuss audiovisual rights 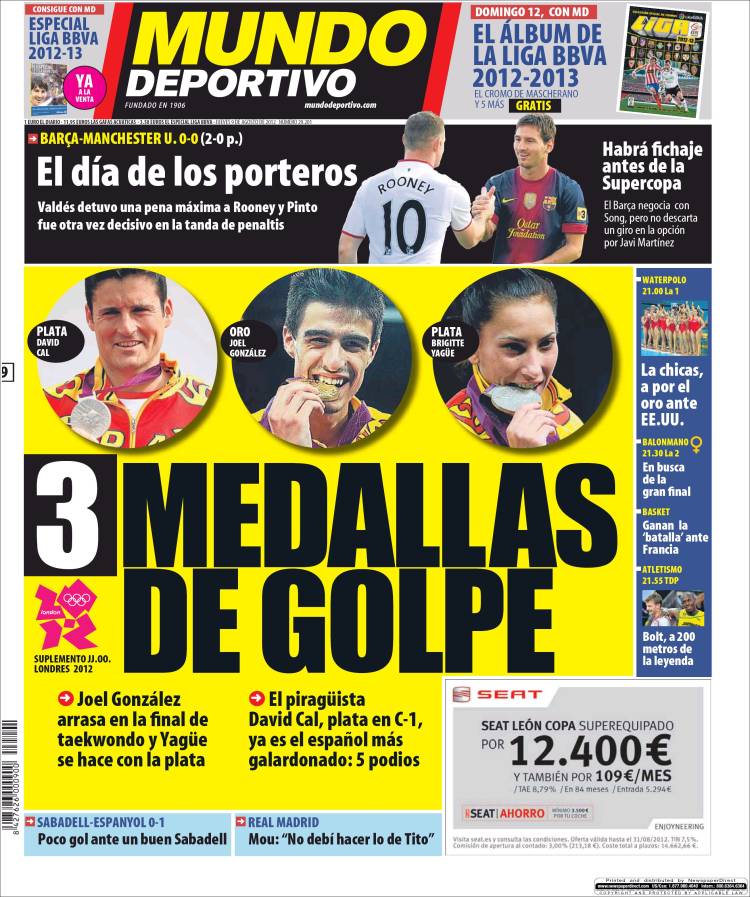 The day of the goalkeepers: Valdes saved a penalty from Rooney and Pinto was decisive in the shoot-out

There will be signings before the Supercopa: Barca negotiate with Song and do not rule out an about-turn in the operation to sign Javi Martinez

Mou:"I shouldn't have done what I did to Tito"