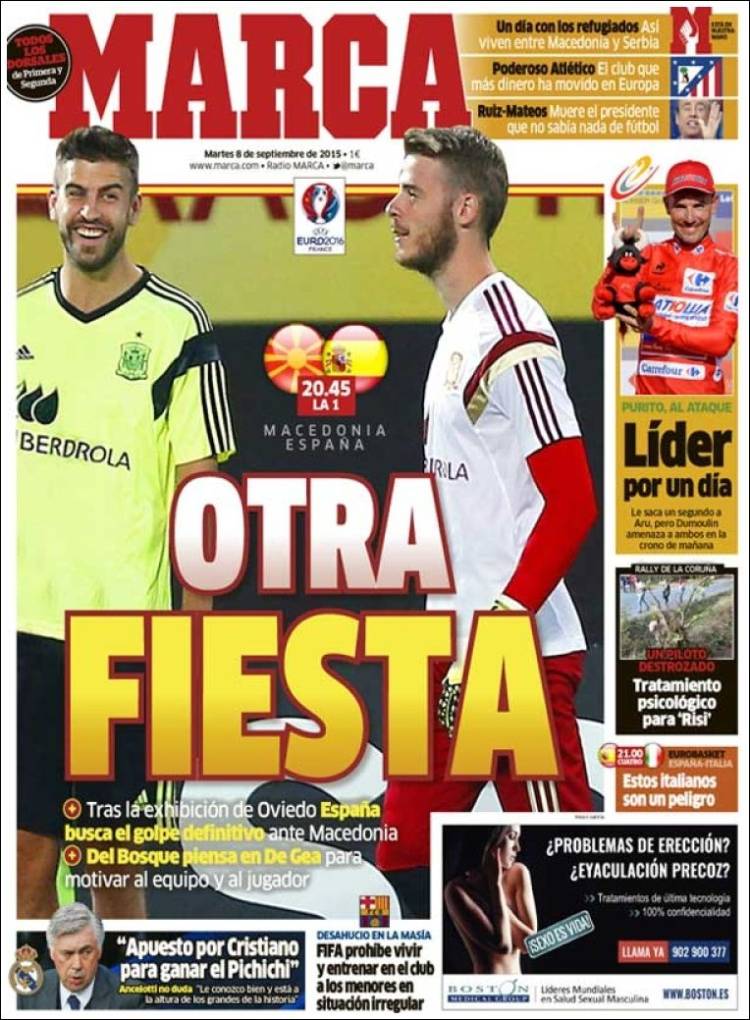 A day with the refugees

They live between Macedonia and Serbia

The club that has moved the most money in Europe

The President who knew nothing about football dies

“I bet Cristiano will win the Pichichi”

Ancelotti has no doubt: “I know him well and he’s on par with the greats of history” 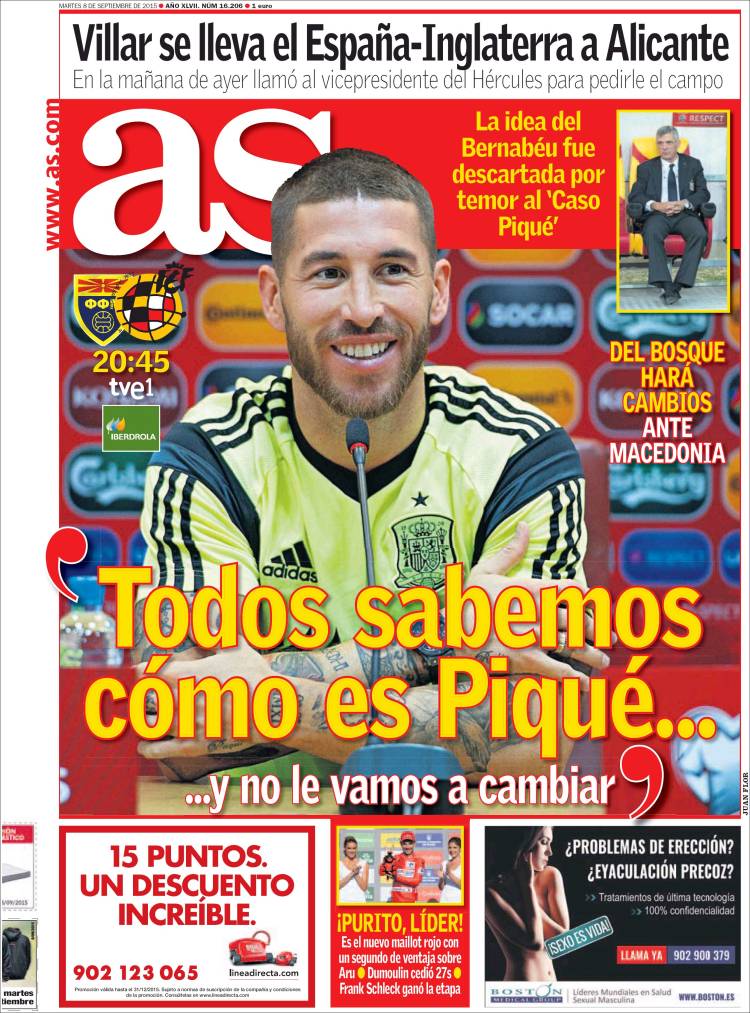 “We all know how Pique is…

…and he isn’t going to change” 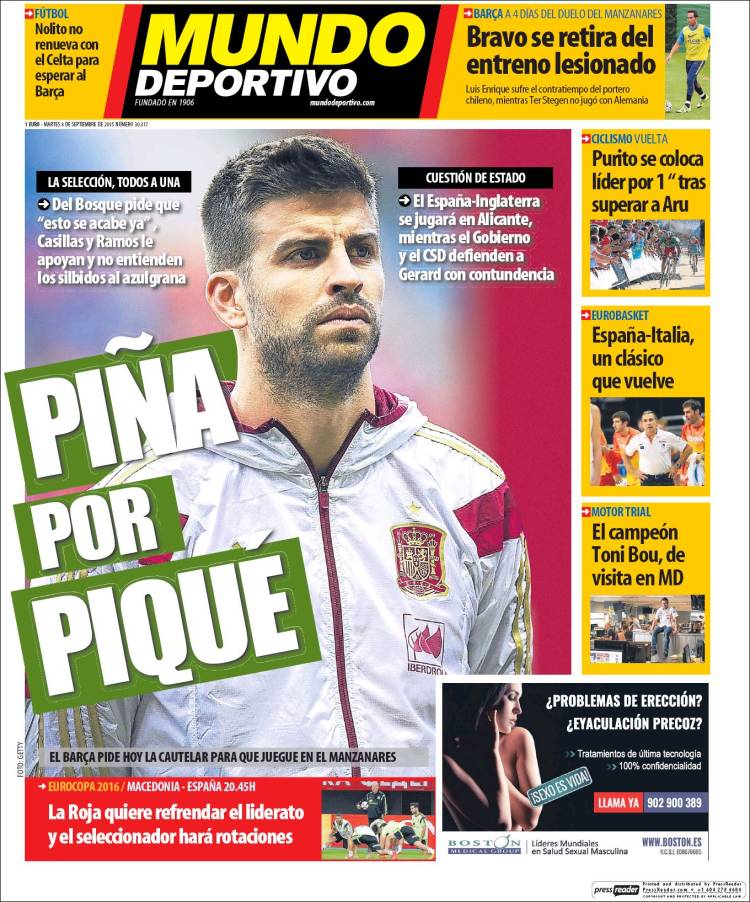 The national team, all for one

Del Bosque asks that “this comes to an end,” Casillas and Ramos support him and don’t understand the whistling of the Barca player

Spain-England to be played in Alicante, while the Government and the CSD forcefully defend Gerard

Nolito doesn’t renew with Celta to wait for Barca

Four days to the duel of the Manzanares

Luis Enrique suffers a setback with the Chilean goalkeeper, while Ter Stegen didn’t play for Germany