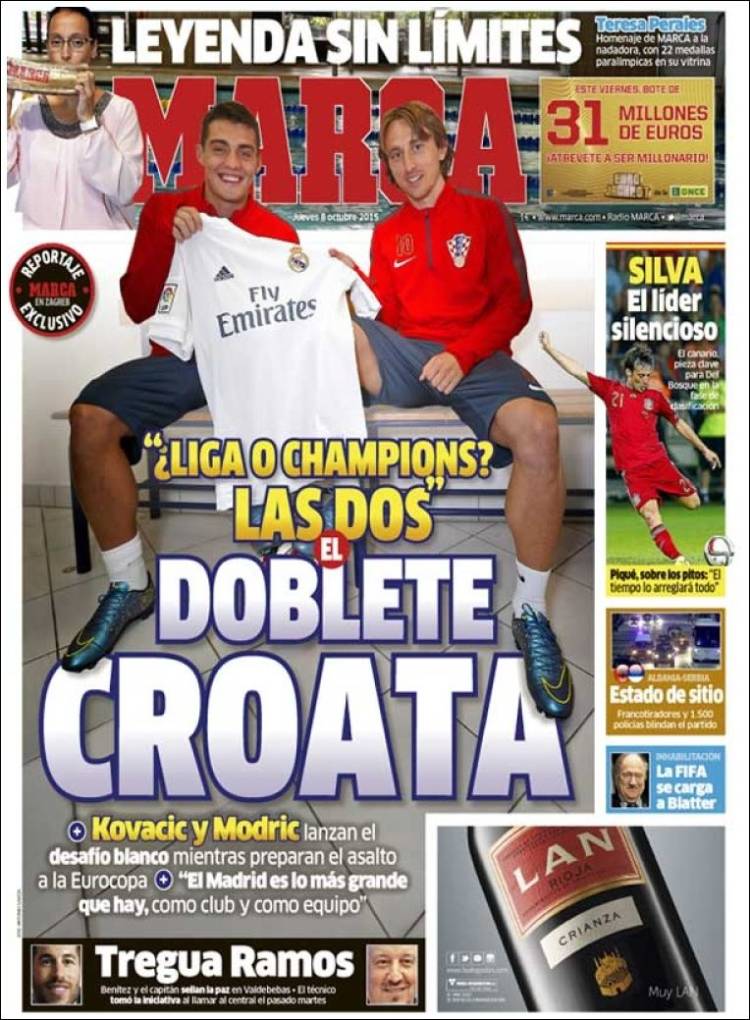 ‘League or Champions League? Both’

‘Madrid is the biggest there is, as a club and as a team’ 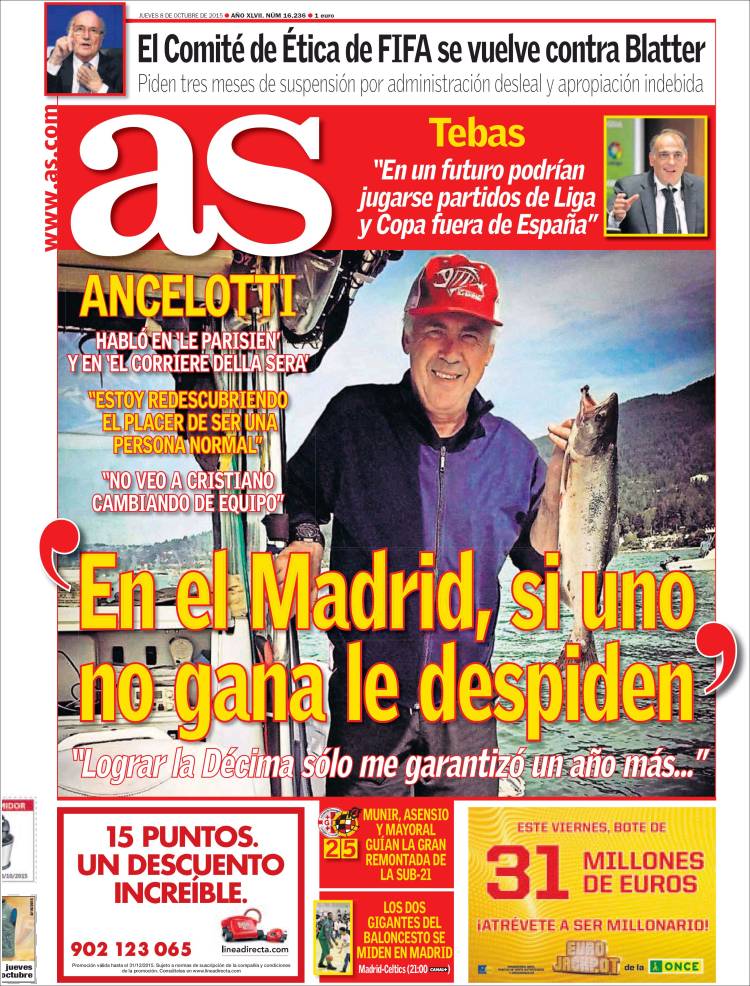 Talks to ‘Le Parisien’ and ‘the Corrierre Della Sera’

“I’m rediscovering the pleasure of being a normal person”

‘In Madrid, if you don’t win they dismiss you’

“Achieving La Decima only guaranteed me another year”

Munir, Asensio and Mayoral guide the great comeback of the Under-21s 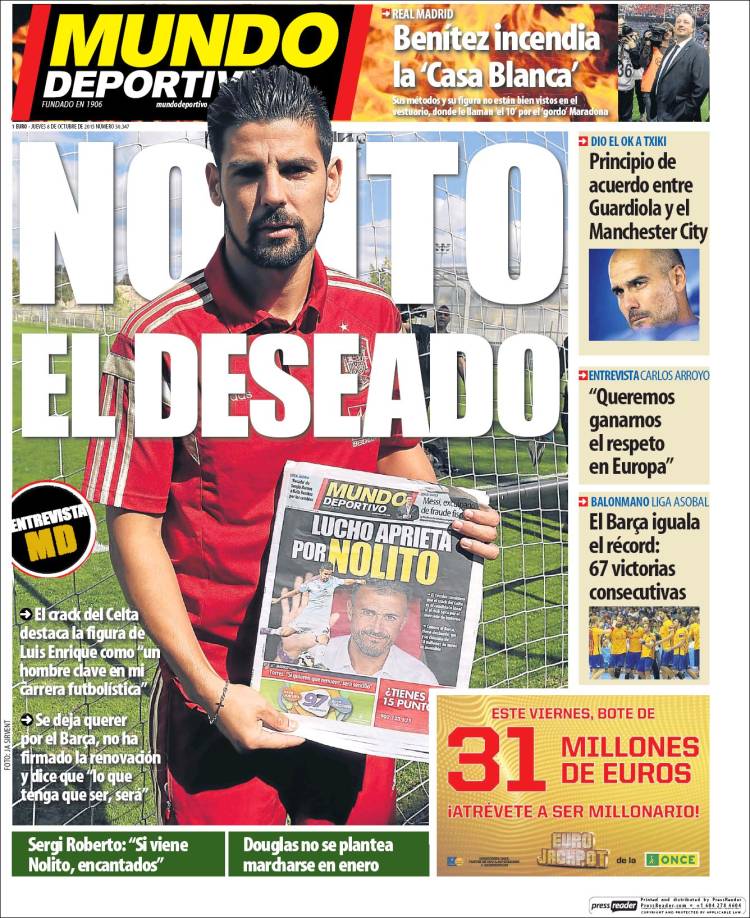 He’s left wanting by Barca, hasn’t signed his renewal and says ‘what will be, will be’

Benitez burns down ‘the white house’

Gives the ok to Txiki [Begiristain]

Agreement in principle between Guardiola and Manchester City