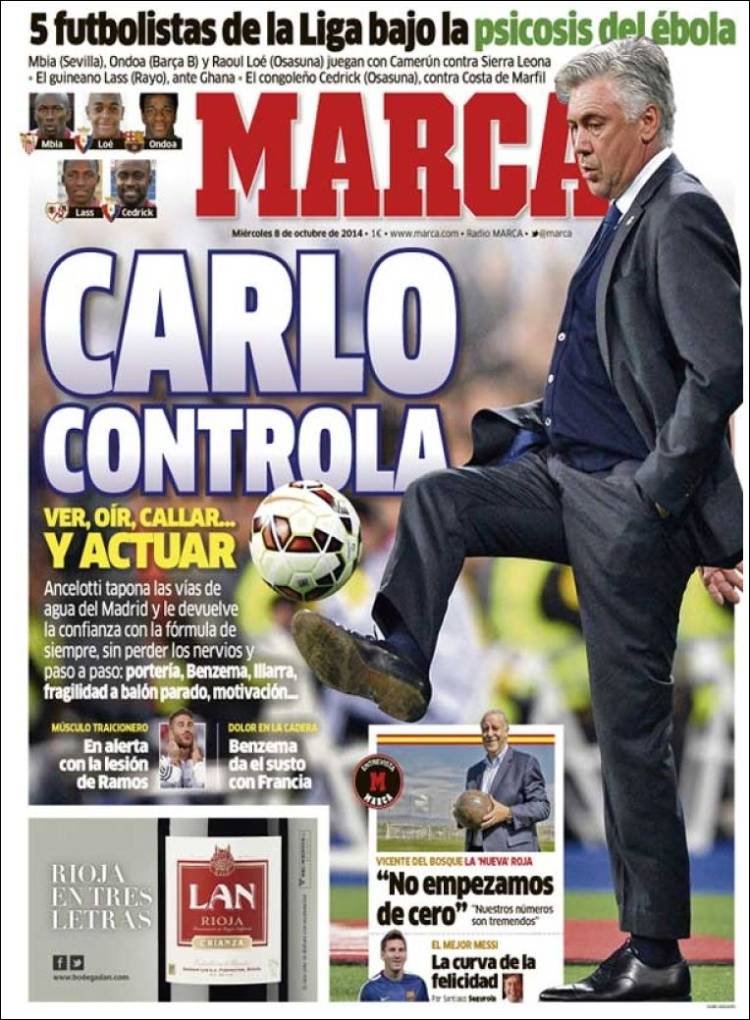 Ancelotti blocks the leaks and returns confidence with the trusted formula of not losing his nerve while taking things step by step: goalkeeper, Benzema, Illarra, weakness at set-pieces, motivation...

Pain in the hip: Benzema fright for France

“We are not starting from zero”

“Our stats are tremendous”

The best Messi: the curve of happiness 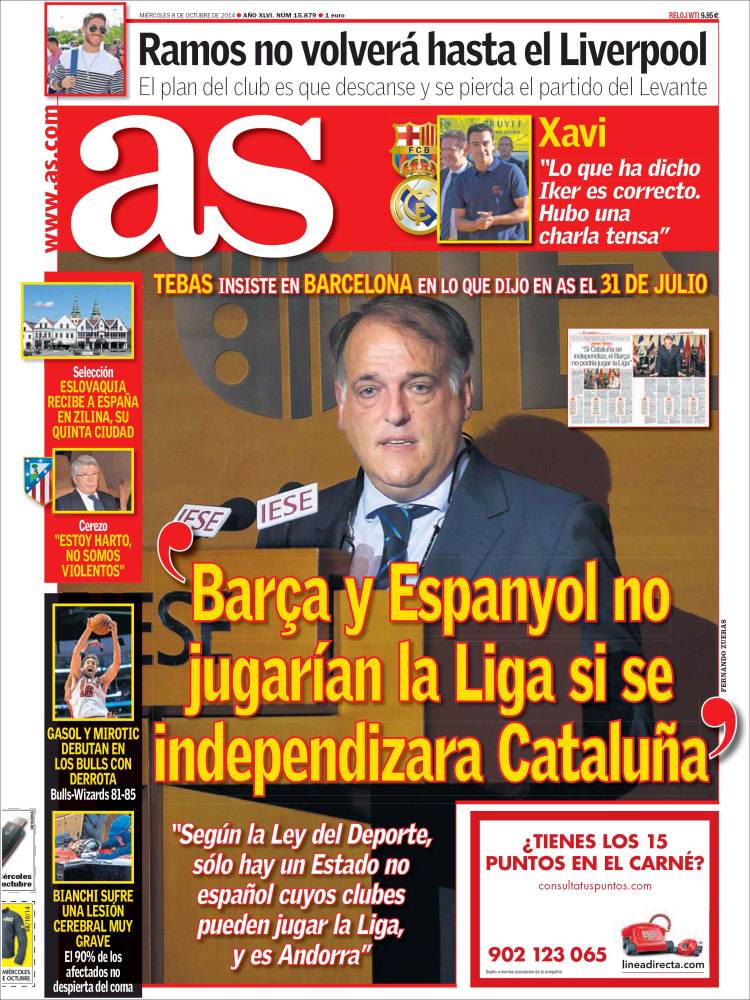 “According to the Law of Sport only one non-Spanish state’s clubs can play in La Liga, and that’s Andorra”

Tebas reiterates in Barcelona what he said on July 31

Ramos will not return until the Liverpool game; the club’s plan is that he rests and misses the Levante game

Xavi: “What Iker said is correct. It was a tense chat”

Cerezo: “I’m fed up with this. We are not violent” 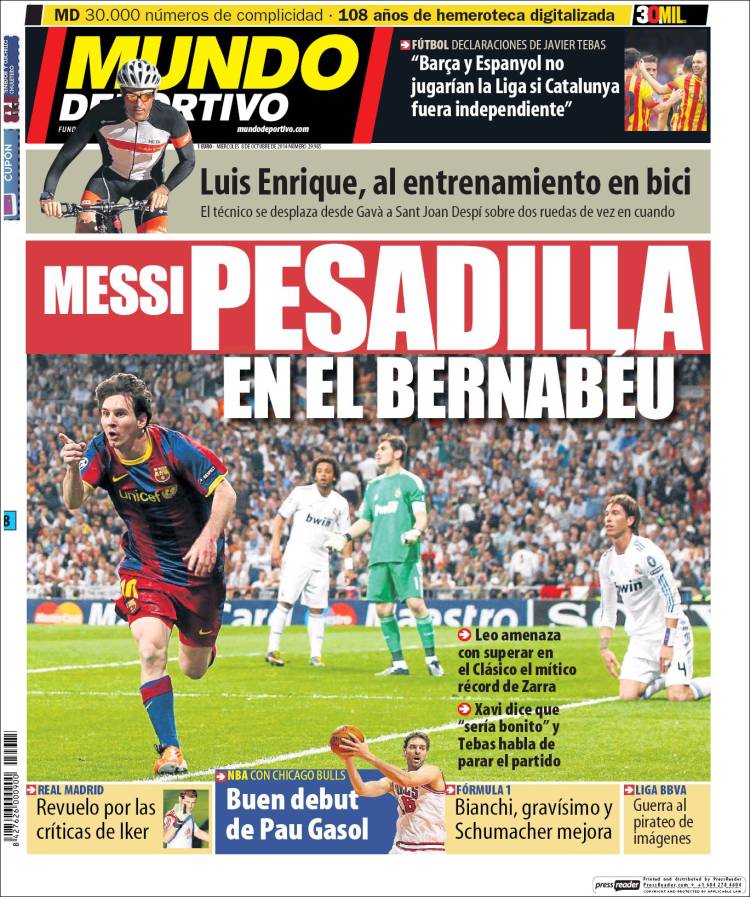 Messi nightmare for the Bernabeu

Luis Enrique, into training on a bicycle

Javier Tebas declares: “Barca and Espanyol would not play in La Liga if Catalonia was independent”

Iker’s criticisms cause a stir