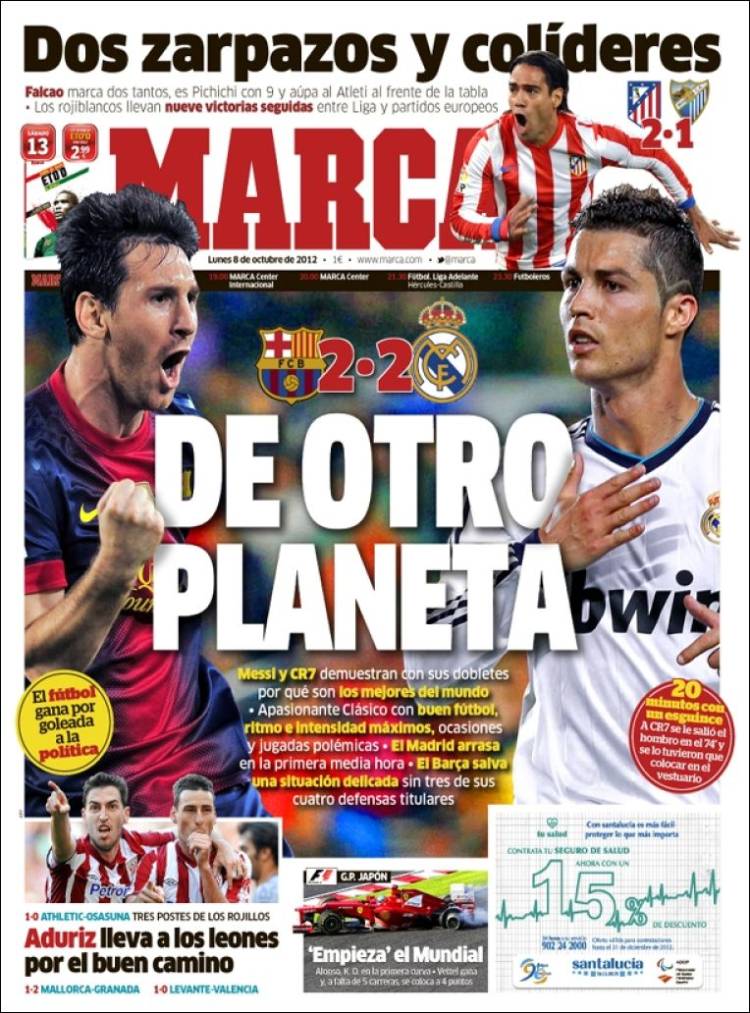 Madrid swept up in the first 30 minutes

Football won with goals over politics

Two bangs and co-leaders - Falcao scores twice, is Pichichi with nine and helps Atleti to the top of the table 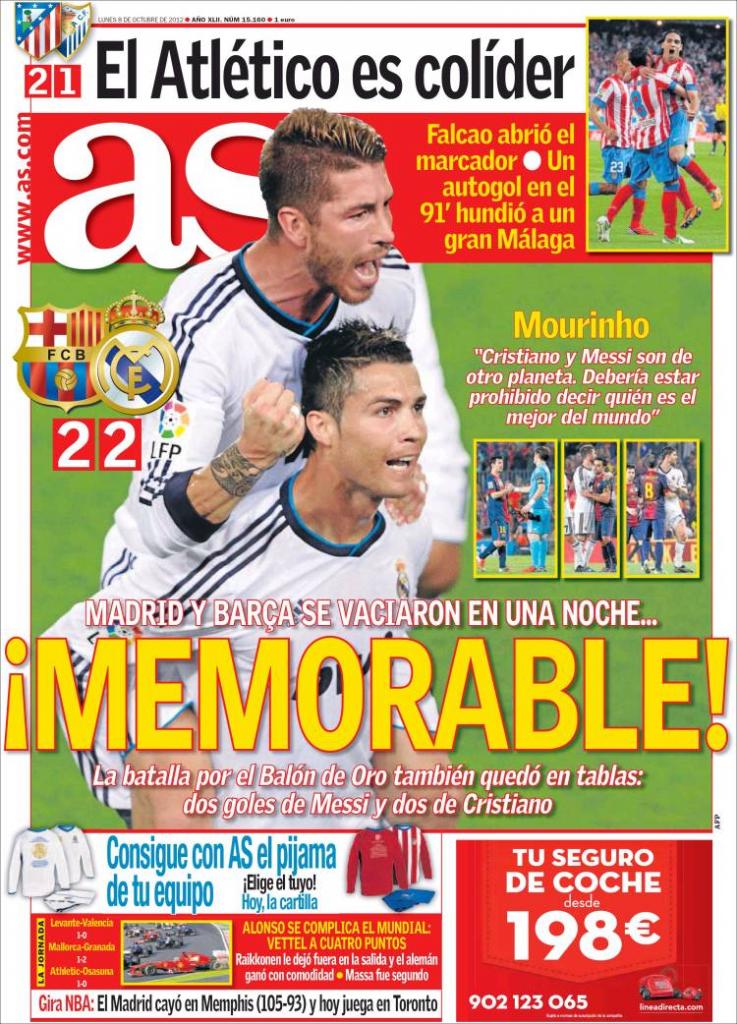 Madrid and Barca gave all in one night...

The battle for the Ballon d'Or also left in the air: two goals from Messi and two from Cristiano

Mourinho: "Cristiano and Messi are from another planet. It should be forbidden to say who is the best in the world"

Falcao opens the scoring: an own goal in the 91st minute sinks a great Malaga 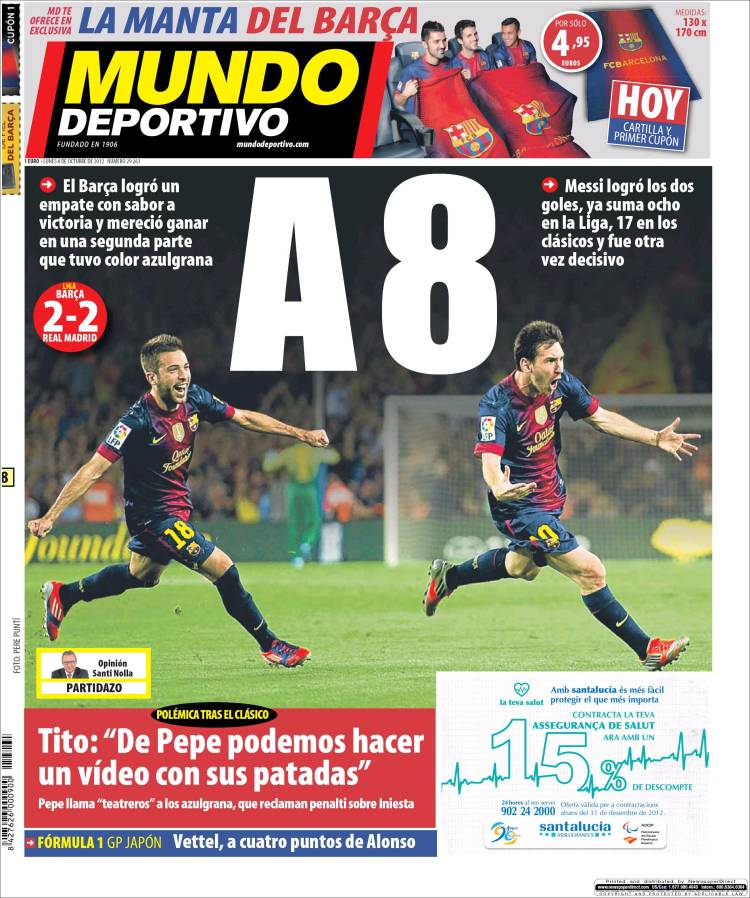 Messi got two goals - he now has eight in La Liga, 17 in Los Clasicos and was again decisive

Tito: "You could make a video of Pepe's kicks"