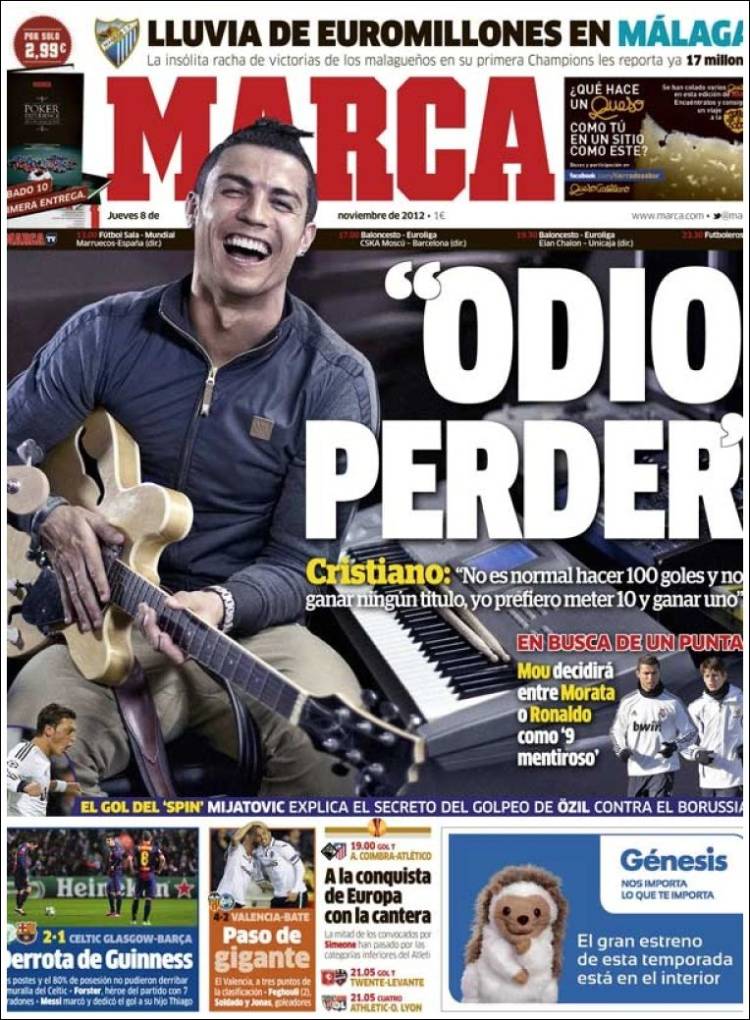 Cristiano: “It’s not normal to score 100 goals and not win a title. I prefer to score 10 and win one”

In search of a marksman. Mou will decide between Morata and Ronaldo for the ‘false nine’ role

Messi scores and dedicates the goal to son Thiago 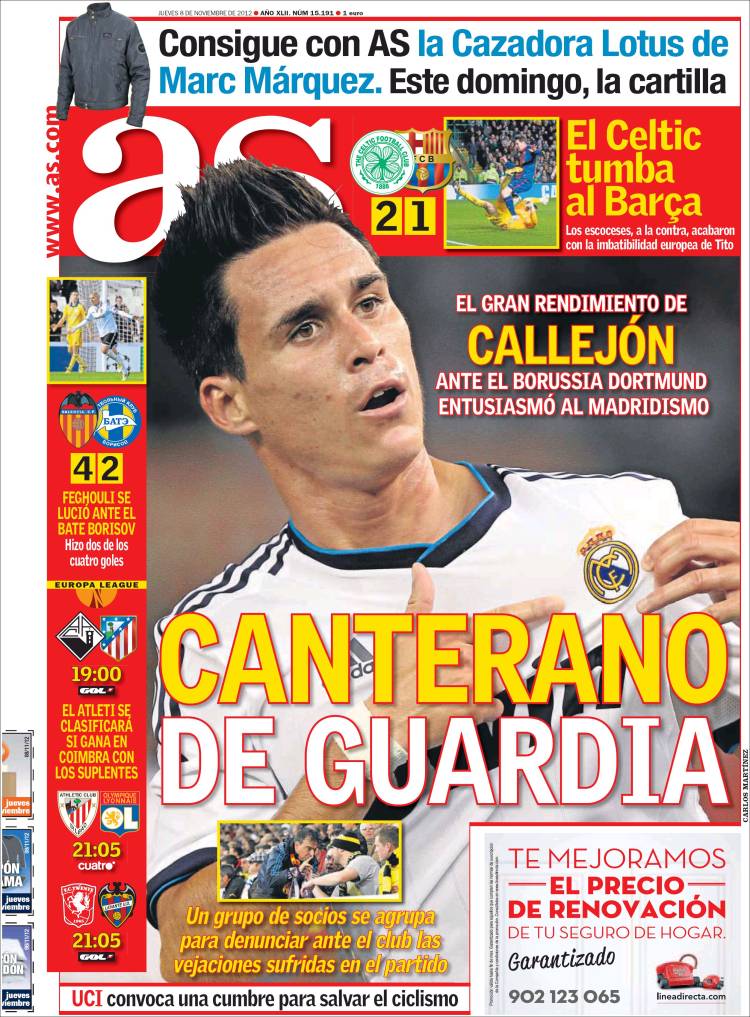 The youth team on duty

Celtic overcome Barcelona – the Scots, against all odds, put an end to Tito’s unbeaten European run

Atleti will qualify if they win in Coimbra with the reserves 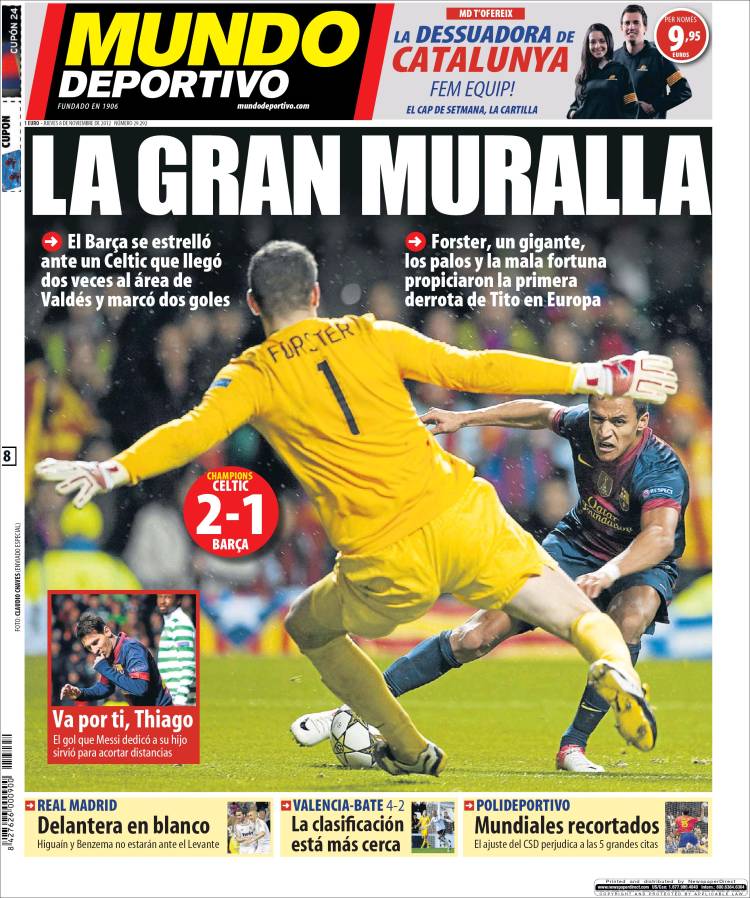 Forster, a giant, the posts and bad luck bring about Tito’s first defeat in Europe

That’s for Thiago – Messi’s goal, dedicated to his son, reduced the gap