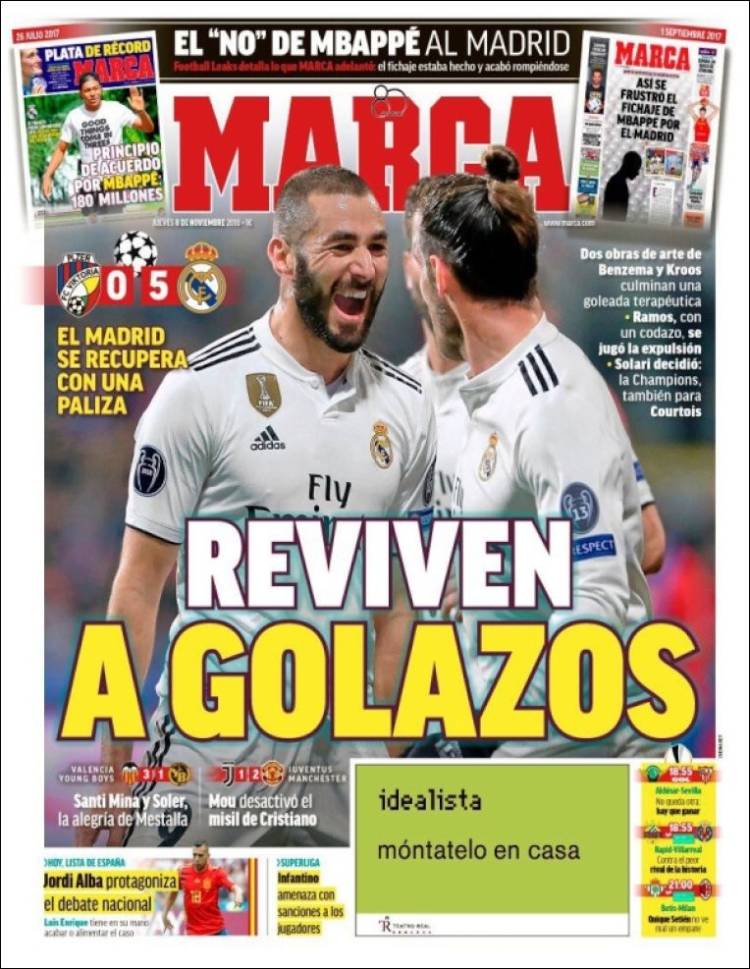 Mbappe's 'no' to Madrid

Madrid recover with a thrashing

Ramos, with an elbow, risked being sent off

Santi Mina and Soler, the joy of Mestalla 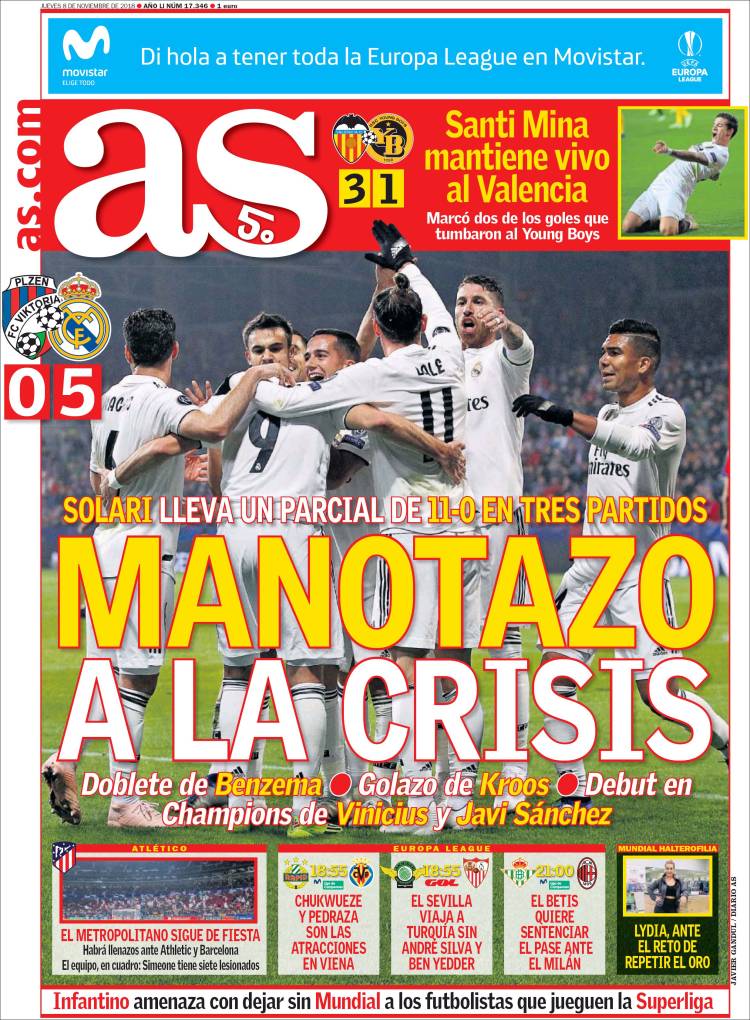 Solari reaches a record of 11-0 in three games

Stamp on the crisis

The Metropolitano keeps on partying

Chukwueze and Pedraza are the attractions in Vienna

Sevilla travel to Turkey without Andre Silva and Ben Yedder

Betis out to confirm their progression against Milan 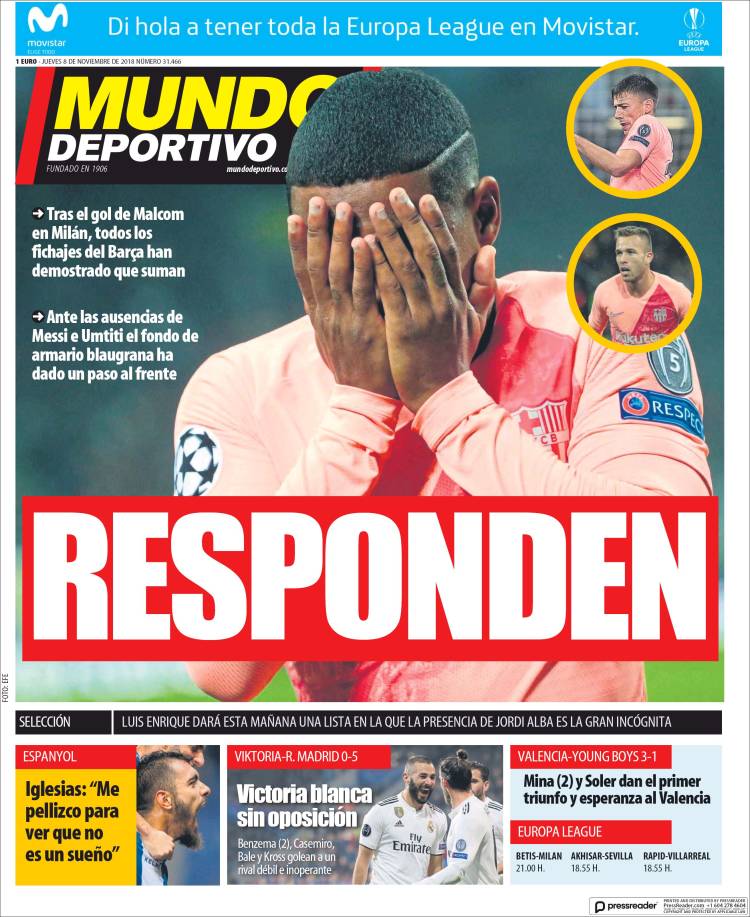 After Malcom's goal in Milan, all Barca's signings have shown that they can offer something

Since injuries to Messi and Umtiti, the Blaugrana dressing room has taken a step forward

Luis Suarez will name his squad this morning, with Jordi Alba's presence the great mystery

Iglesias: "I pinch myself to check whether I'm dreaming"

Mina (2) and Soler give Valencia their first win and hope