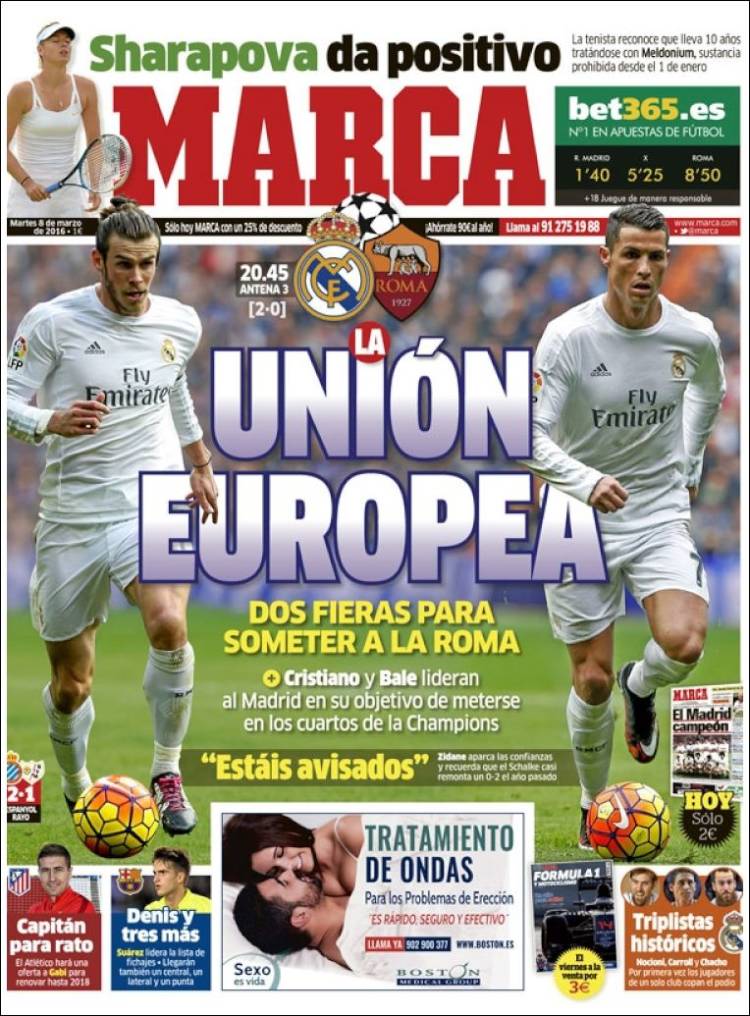 Two beasts to bring to Roma

“You have been warned”

Captain for a while

Atletico will make an offer to Gabi to renew until 2018

A centre-back, full-back and forward would also arrive 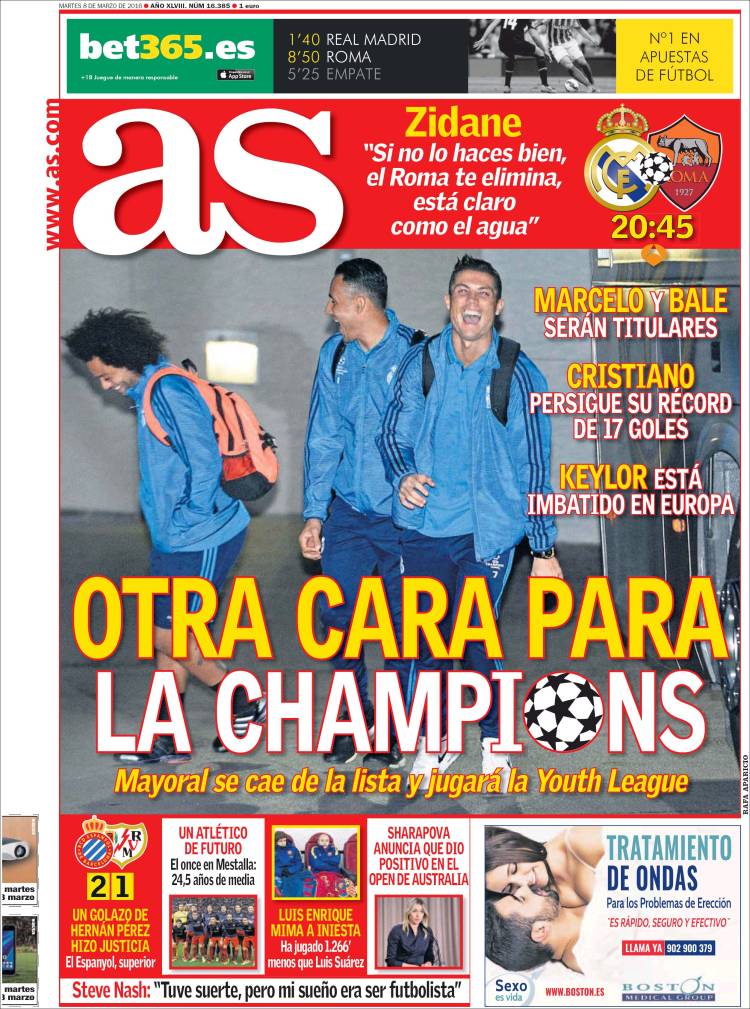 “If we don’t do well, Roma will eliminate us, that’s as clear as water”

Chasing his record of 17 goals

Keylor is unbeatable in Europe

Another side for the Champions League

Mayoral off the list and plays in the Youth League

A golazo by Hernan Perez did justice

Atletico of the future

He has played 1,266 minutes fewer than Luis Suarez 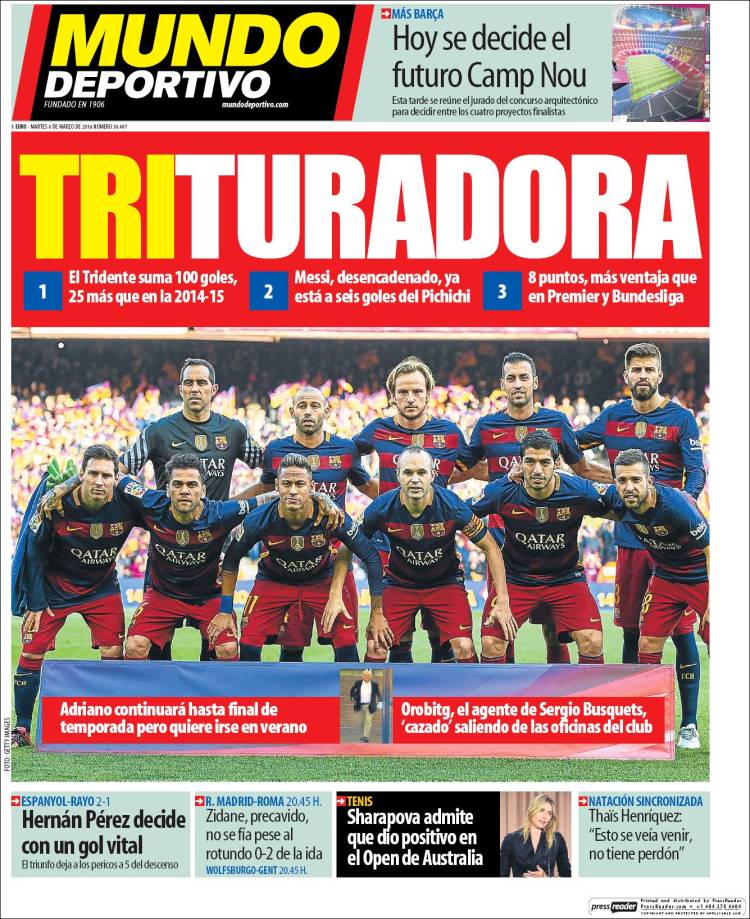 2. Messi, unleashed, is already six goals from the Pichchi

3. Eight points, more advantage than the Premier League and the Bundesliga

Orobitg, agent of Sergio Busquets, ‘hunted’ leaving the offices of the club

Zidane, cautious, doesn’t trust despite the resounding 0-2 in the first leg