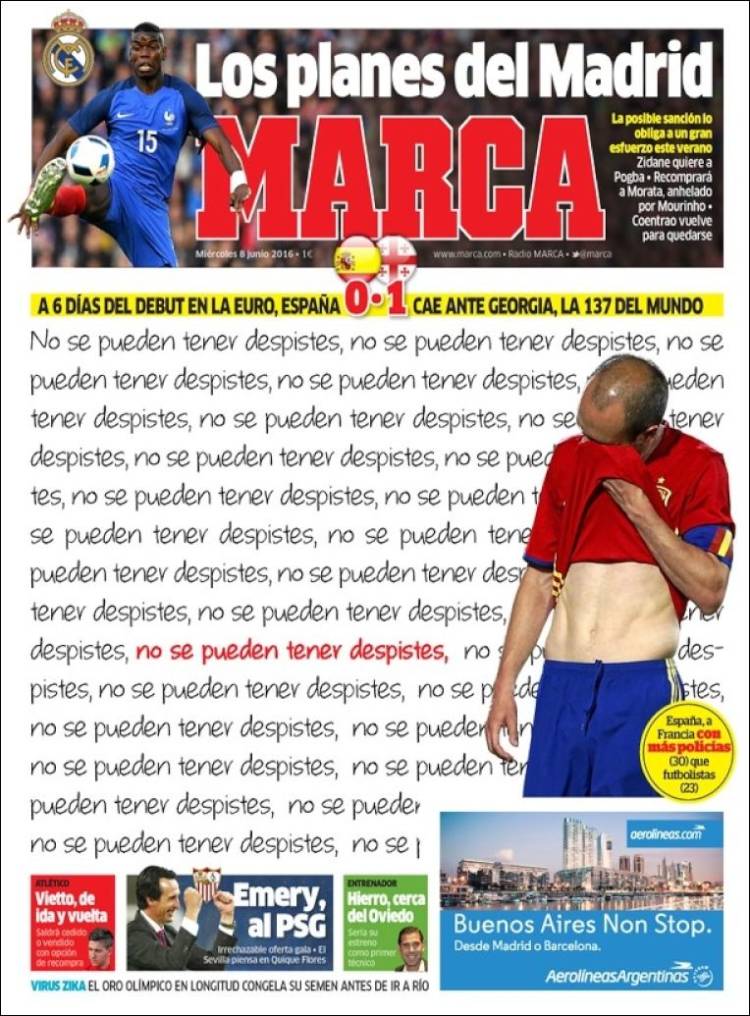 The possible sanction obliges a great effort this summer

Buy back Morata, wanted by Mourinho

Spain in France with more police (30) than footballers (23)

Vietto, back and forth

Will be sold or loaned with the option to repurchase

It would be his debut as a Coach 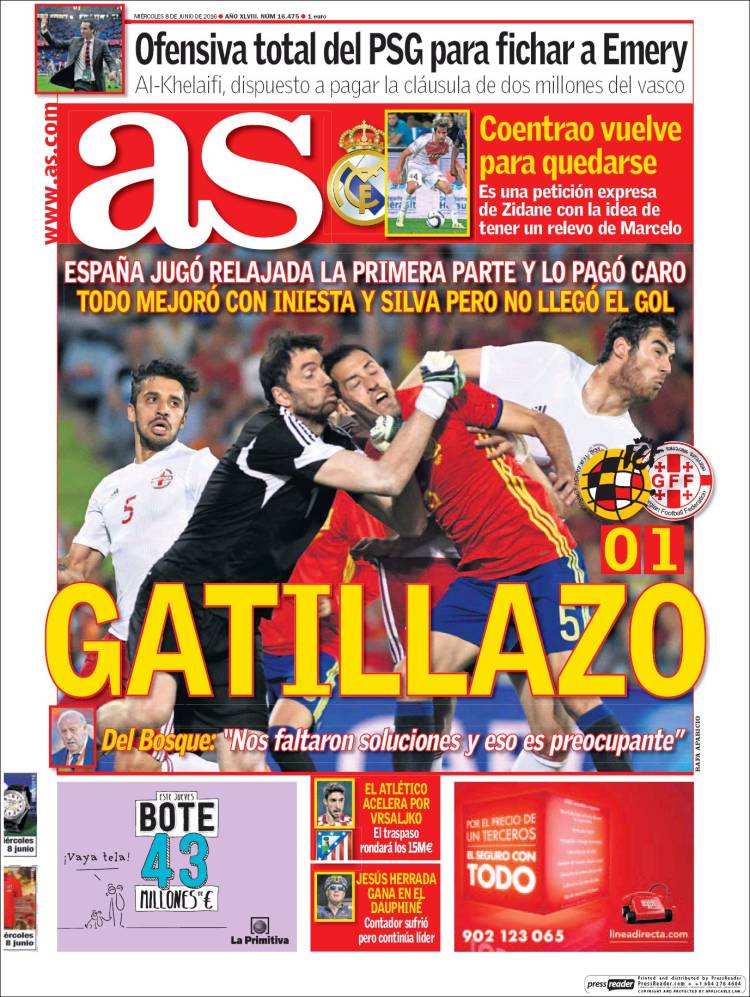 Al-Khelaifi, prepared to pay the €2m clause of the Basque

Spain relaxed in the first half and paid dearly

Del Bosque: “We lacked solutions and that is worrying”

The transfer will be around €15m 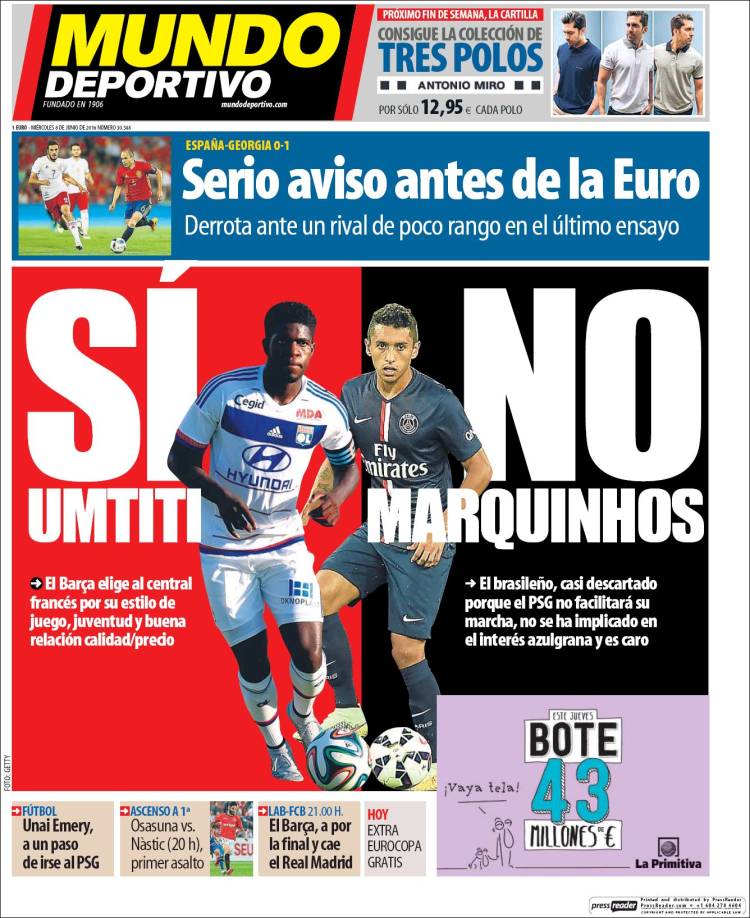 Serious warning before the Euros

Defeat against a rival of little rank in the final test

Barca choose the French centre-back for his style of play, youth and good quality/price ratio

Unai Emery, a step from PSG

Promotion to the Primera