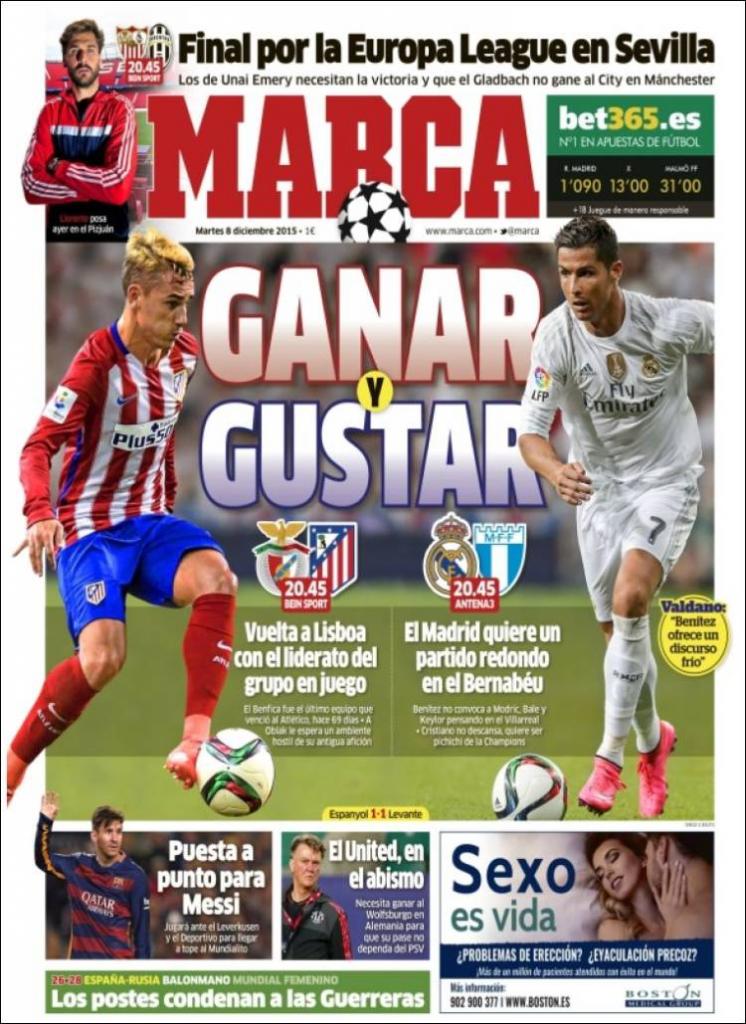 Return to Lisbon with the leadership of the group at stake

Benfica are the last team to overcome Atletico, 69 days ago

Oblak expects a hostile atmosphere from his former fans

Madrid want a rounded game at the Bernabeu

Cristiano doesn’t rest, wanting to be the Champions League Pichichi

Man Utd, at the abyss 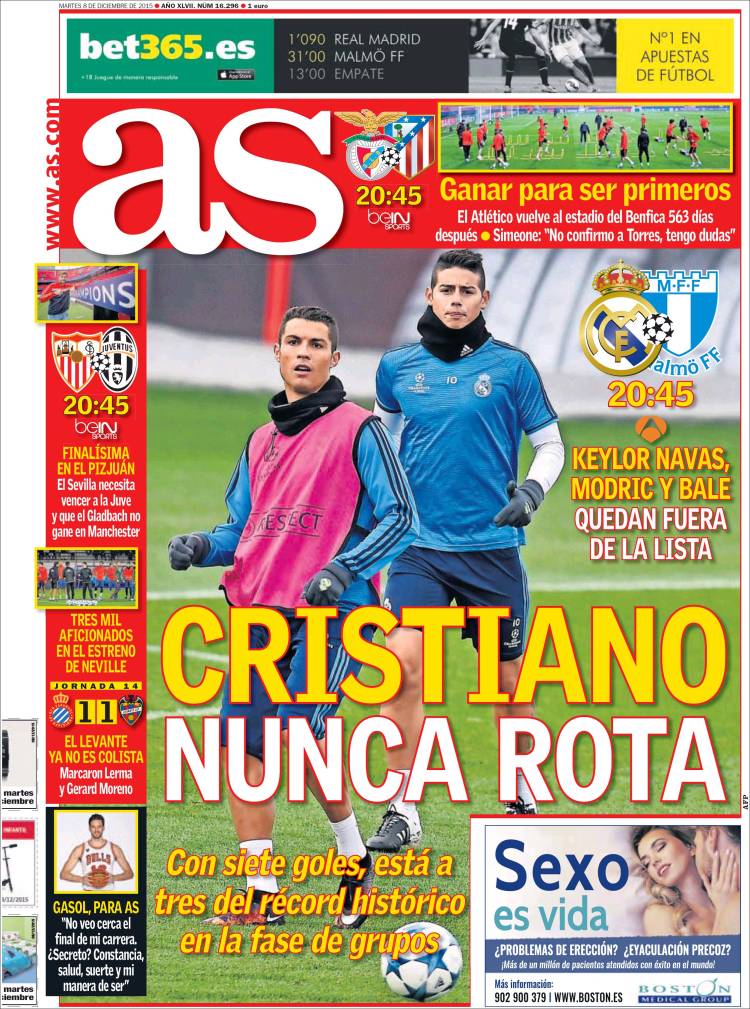 With seven goals, he is three from the group phase record

Keylor Navas, Modric and Bale left off the list

Simeone: “Torres not confirmed, I have doubts”

Finalism at the Sanchez Pizjuan

Goals from Lerna and Gerard Moreno 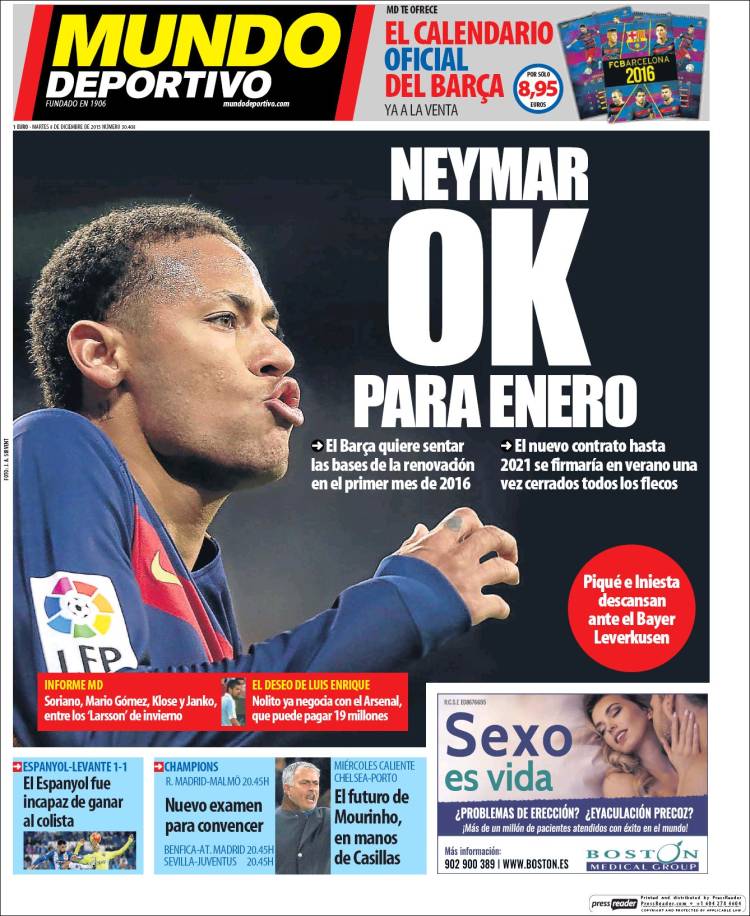 Soriano, Mario Gomez, Klose and Janko, the ‘Larsson’ of the winter

Nolito already negotiating with Arsenal, who can pay €19m

Pique and Iniesta rest against Leverkusen

Espanyol were unable to win against the bottom team