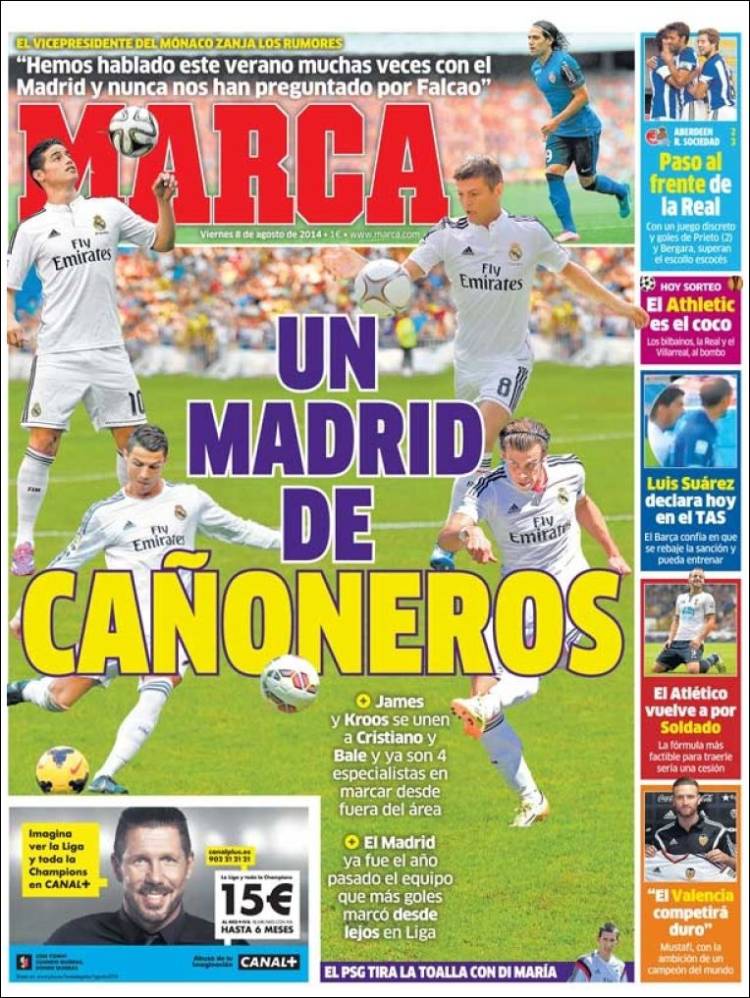 A Madrid made up of cannons

The Vice-President of Monaco ditches the rumours

With a reasonable performance and goals from Prieto (2) and Bergara, they overcome the Scottish side

Athletic is the bogey side

Los Bilbanos, La Real and Villarreal in the hat

Atletico back in for Soldado

Mustafi, with the ambition of a world champion

PSG throw the towel in with Di Maria 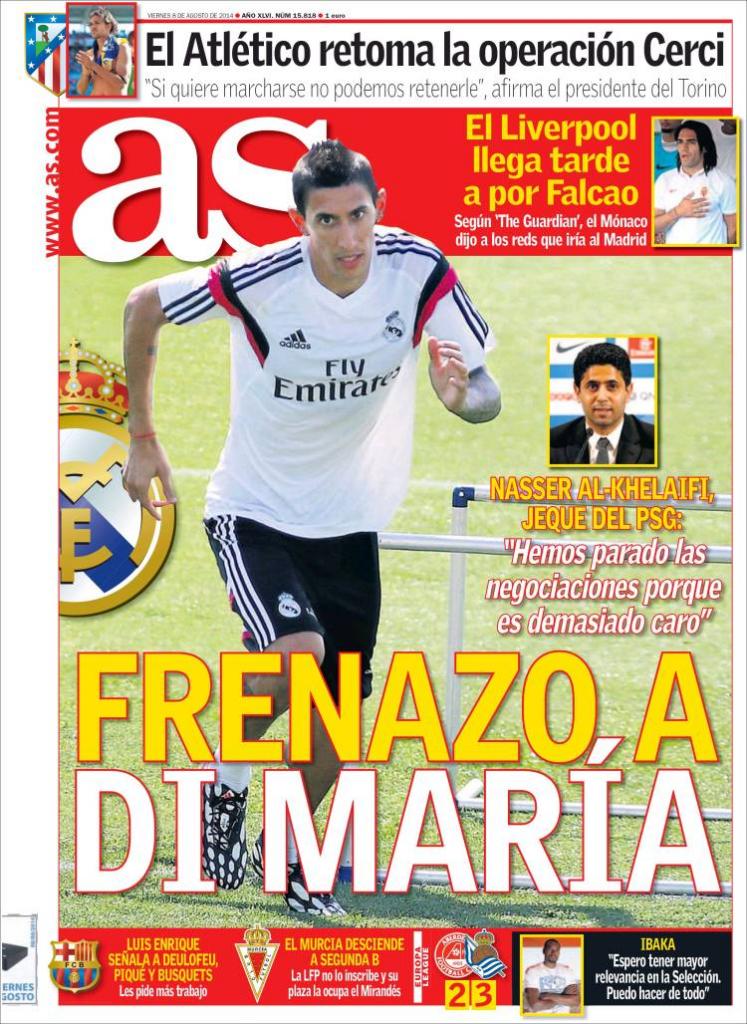 Nasser Al-Khelaifi, sheik of PSG: 'We have stopped negotiations because it's too expensive'

'If he wants to leave, we can't keep him', confirms the President of Torino

Liverpool come in late for Falcao

According to The Guardian, Monaco told the Reds that he would go to Madrid

He asks for more work from them

Murcia relegated to Segunda B 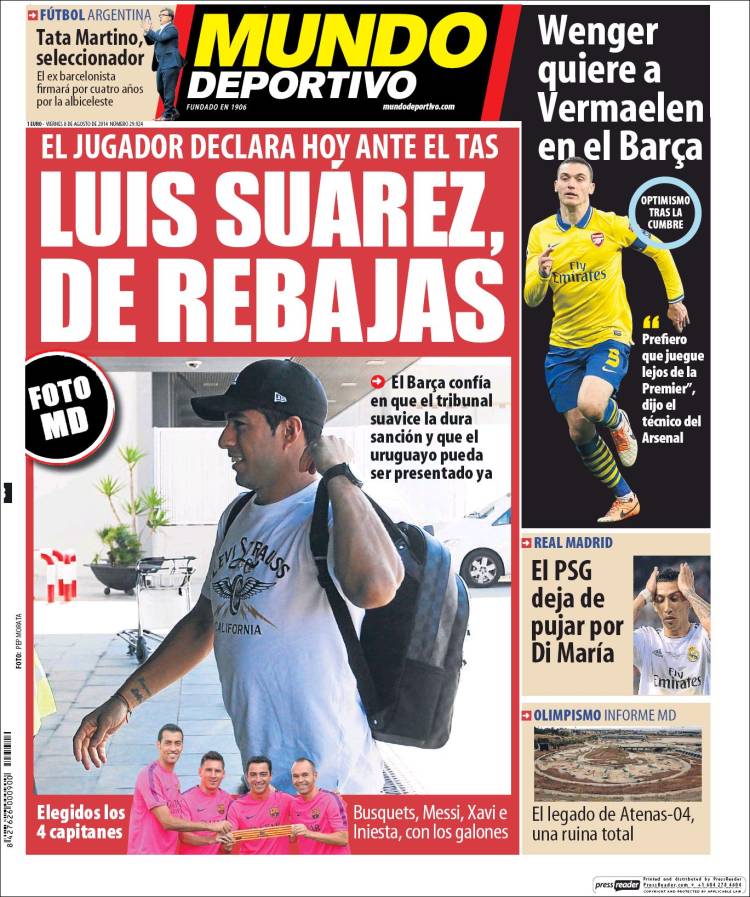 The player will testify today in front of CAS

Optimism after the meeting

Busquets, Messi, Xavi and Iniesta with the stripes