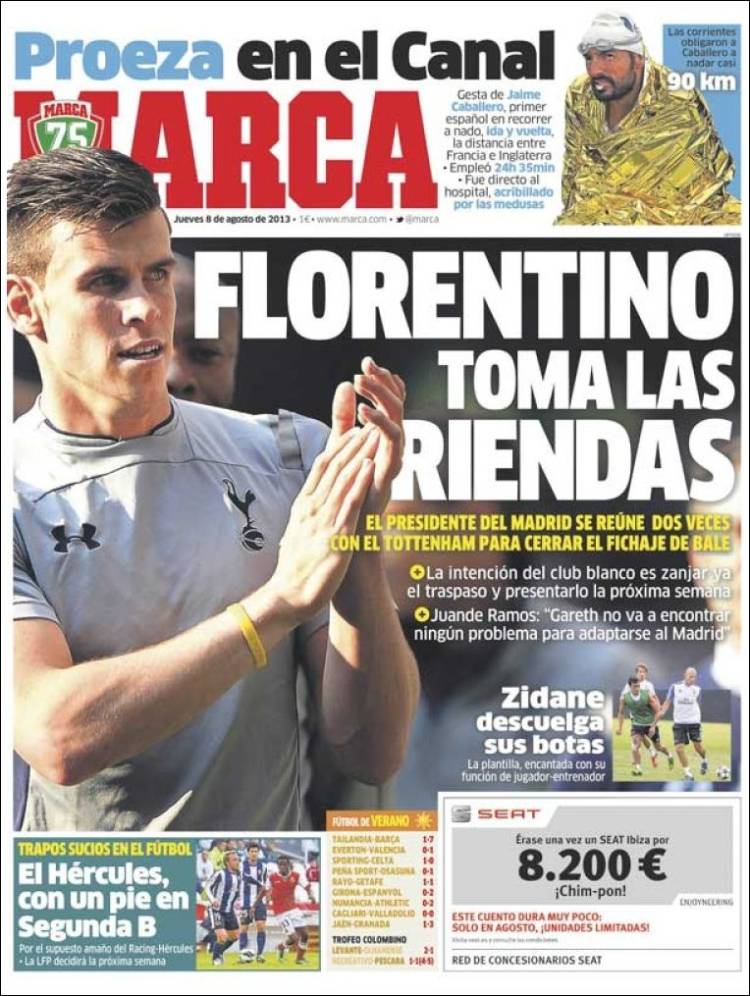 Juande Ramos: “Gareth Bale is not going to have any problems adapting to Real Madrid”

Zidane gets his boots out again: the squad, delighted with his work as ‘player-Coach’

Dirty linen in football: Hercules, with one foot in Segunda Barcelona for the alleged fixing of the Racing-Hercules game

The LFP will decide next week 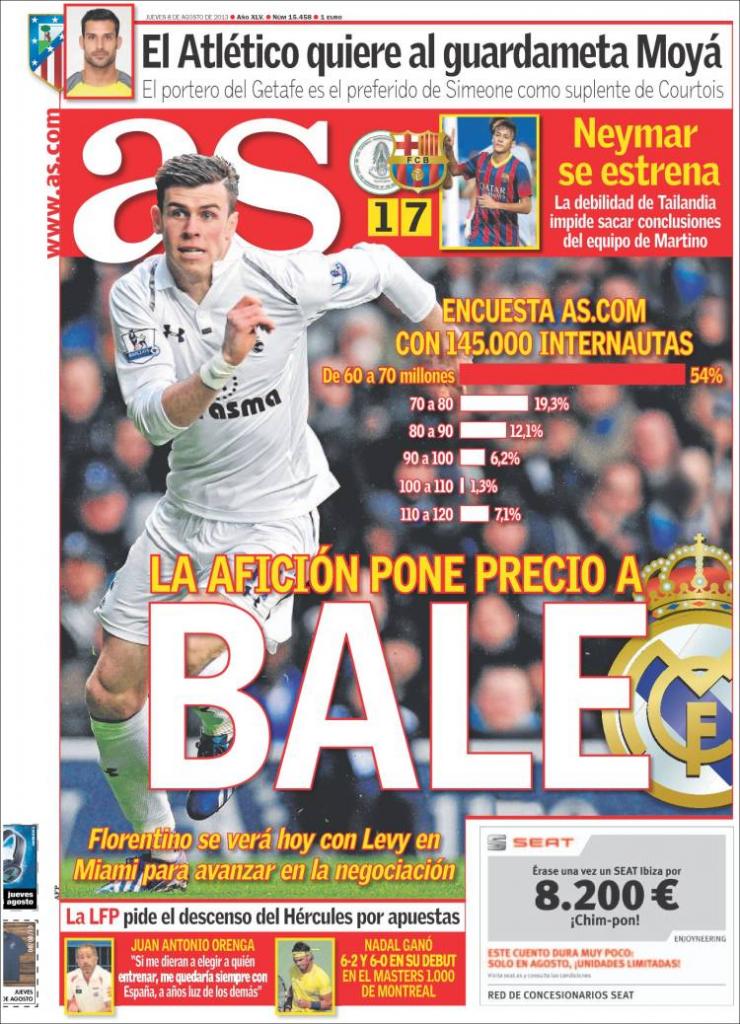 The fans put a price on Bale

Florentino will meet Levy in Miami today to advance negotiations

Atletico want goalkeeper Moya: the Getafe stopper is Simeone’s preferred choice to back up Courtois

Neymar appears: Thailand’s weakness does not allow Martino’s team to draw any conclusions

The LFP ask for Hercules’ relegation over bets

Juan Antonio Orenga: “If they asked me to pick a team to coach it would be Spain. They are light years ahead of the rest” 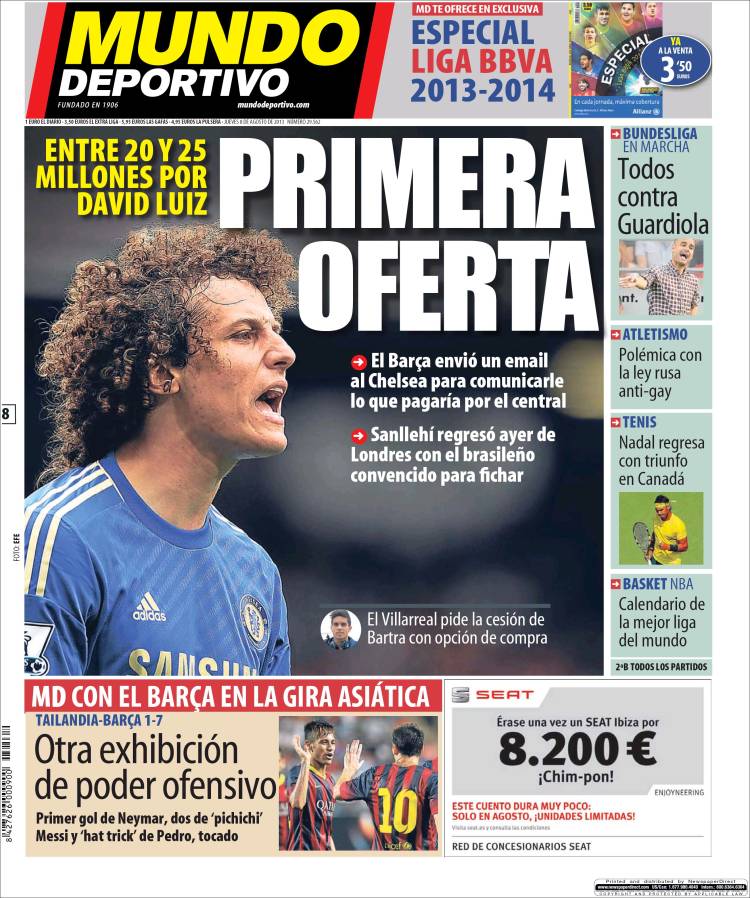 Sanllehi returned from London yesterday with the Brazilian convinced about signing

Villarreal ask for Bartra loan with an option to buy

Bundesliga underway – everyone against Guardiola

Neymar’s first goal, two from ‘pichichi’ Messi and a hat-trick from Pedro