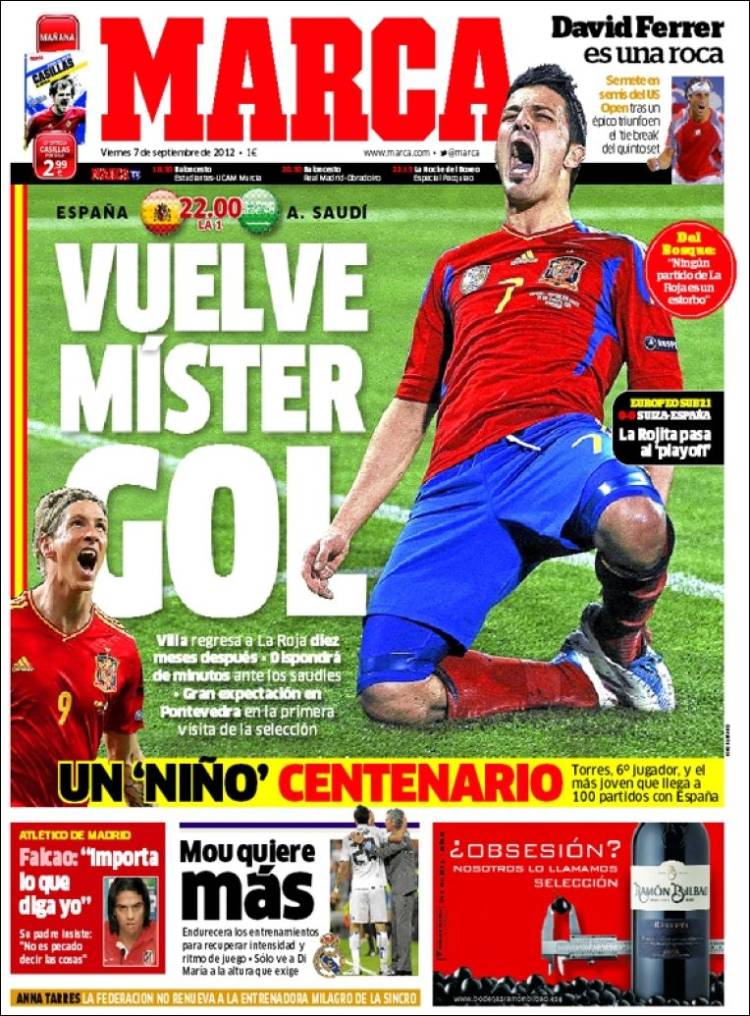 He will get minutes against the Saudis

Great excitement in Pontevedra for the national team's first visit

La Rojita through to the 'play-offs'

Falcao: "It's important what I say"

His father insists: "It is not a sin to say things"

Mou wants more: he will step up training to get the intensity and rhythm of play back - he only thinks Di Maria has played to the level he demands 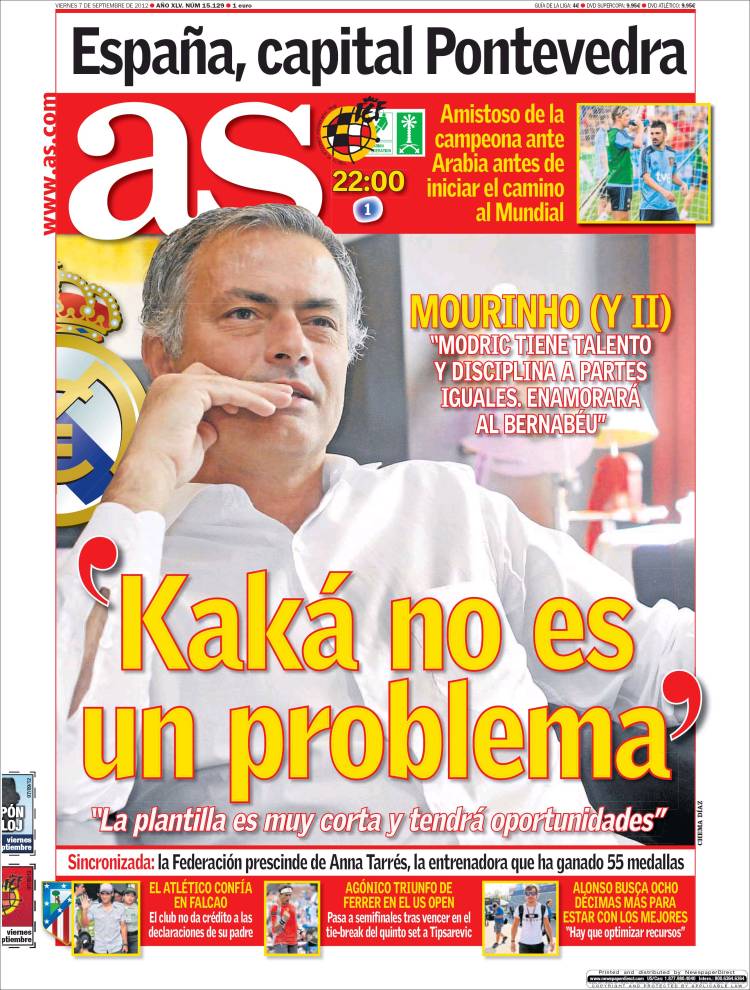 "Kaka is no problem."

"The squad is small and he will get his chance"

"Modric has talent and discipline in equal measure. The Bernabeu will love him"

Spain, capital Pontevedra: the champions have a friendly against the Arabs before starting the road to the World Cup

Atletico trust Falcao: the club give no importance to his father's comments 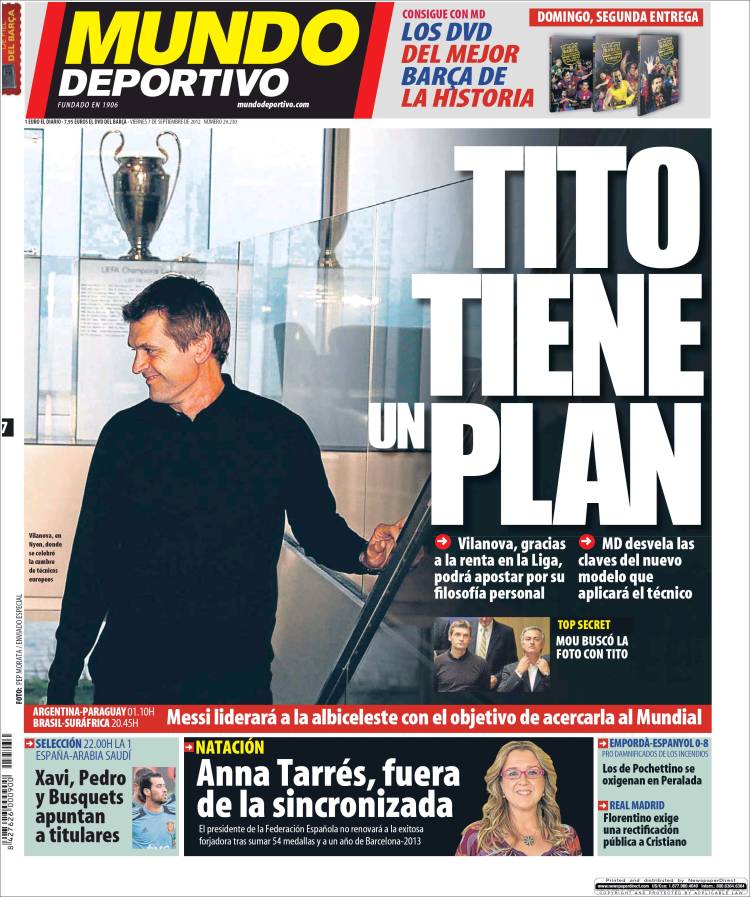 Tito has a plan

Vilanova, thanks to the League form, will be able to implement his personal philisophy

Top Secret: Mou sought out a photo with Tito

Xavi, Pedro and Busquets in the starting line-up