Today' front-page headlines from Marca, AS and Mundo Deportivo… 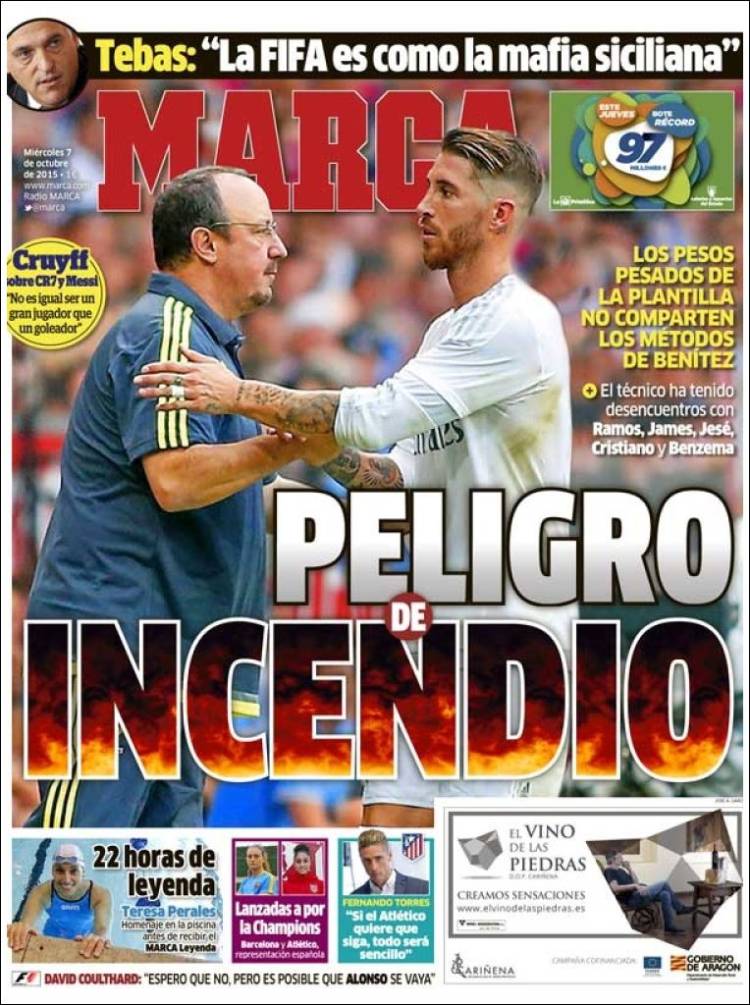 The heavyweights of the squad don’t share Benitez’s methods

The Coach has had disagreements with Ramos, James, Jese, Cristiano and Benzema

Cruyff about CR7 and Messi

“If Atletico want me to stay everything will be simple” 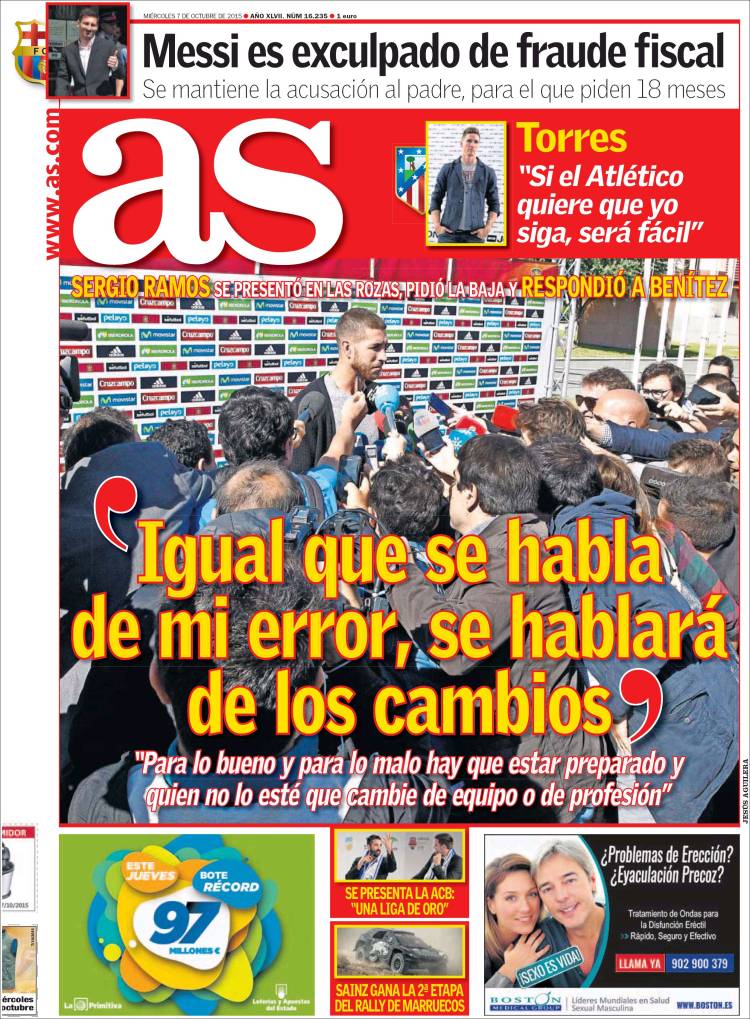 “Just as you talk about my mistake, there should be talk about the changes”

Sergio Ramos appears at Las Rozas, asked about his injury and responded to Benitez

Messi is acquitted of tax fraud

His father remains accused and they are asking for 18 months

“If Atletico want me to stay it will be easy” 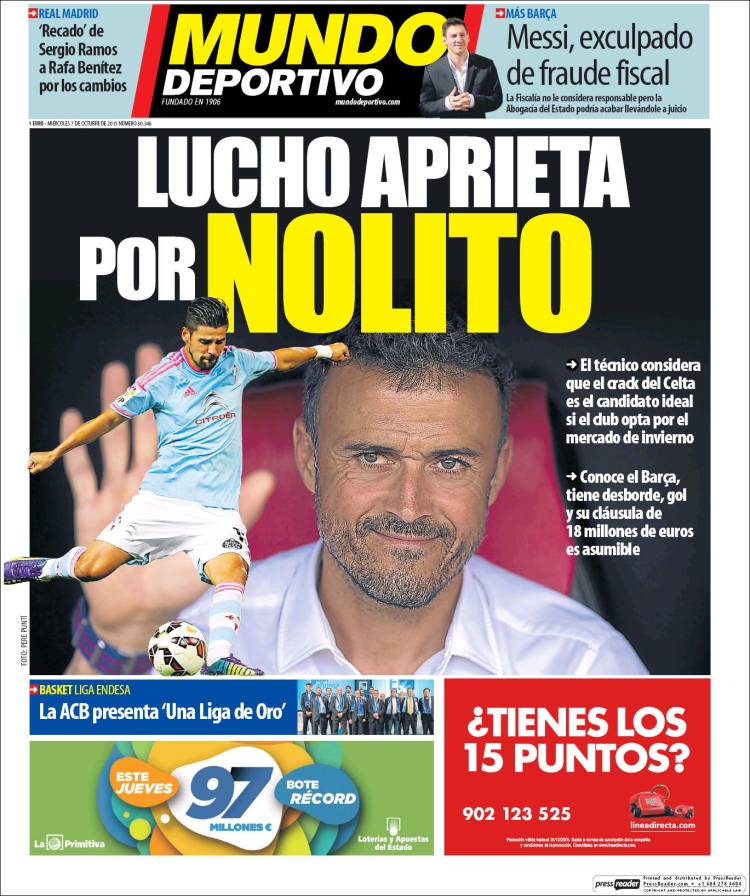 He knows Barca, has width, goals and his clause of €18m is manageable

Sergio Ramos’ ‘message’ to Rafa Benitez about the changes