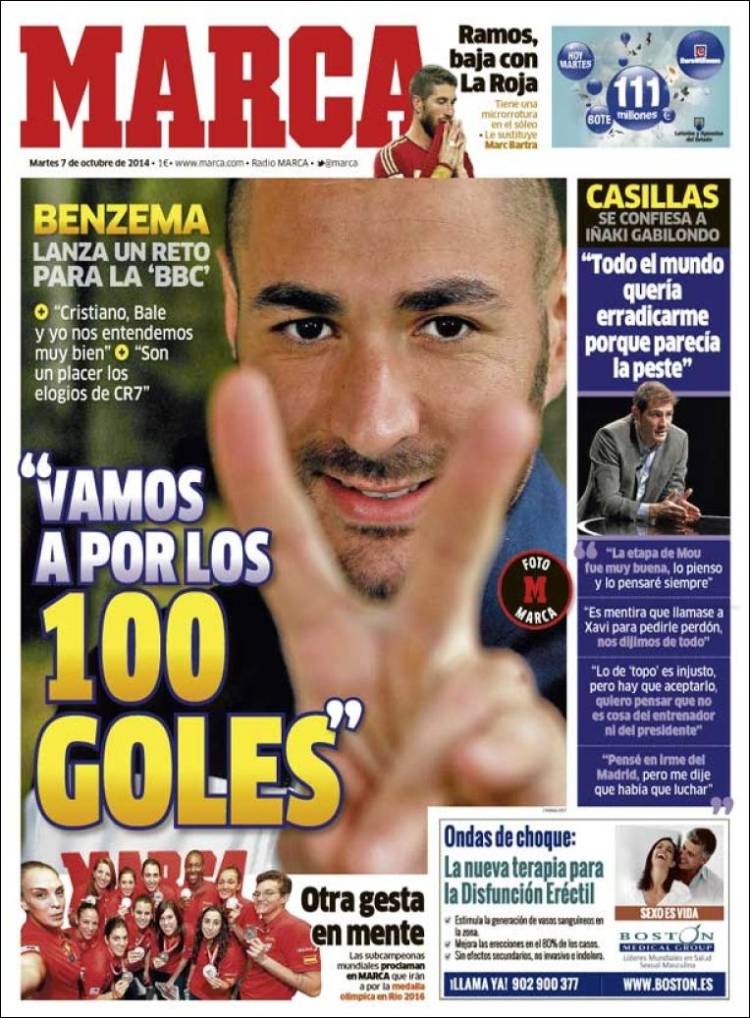 Benzema issues a challenge to the ‘BBC’

“Cristiano, Bale and I understand each other very well”

“CR7’s praise is a pleasure”

“It’s a lie I called Xavi to say sorry, we talked about everything”

“To call me the ‘mole’ was unfair but I have to accept it. I want to believe it didn’t come from the Coach or the President”

Ramos out for La Roja; he has a calf injury and Bartra will replace him 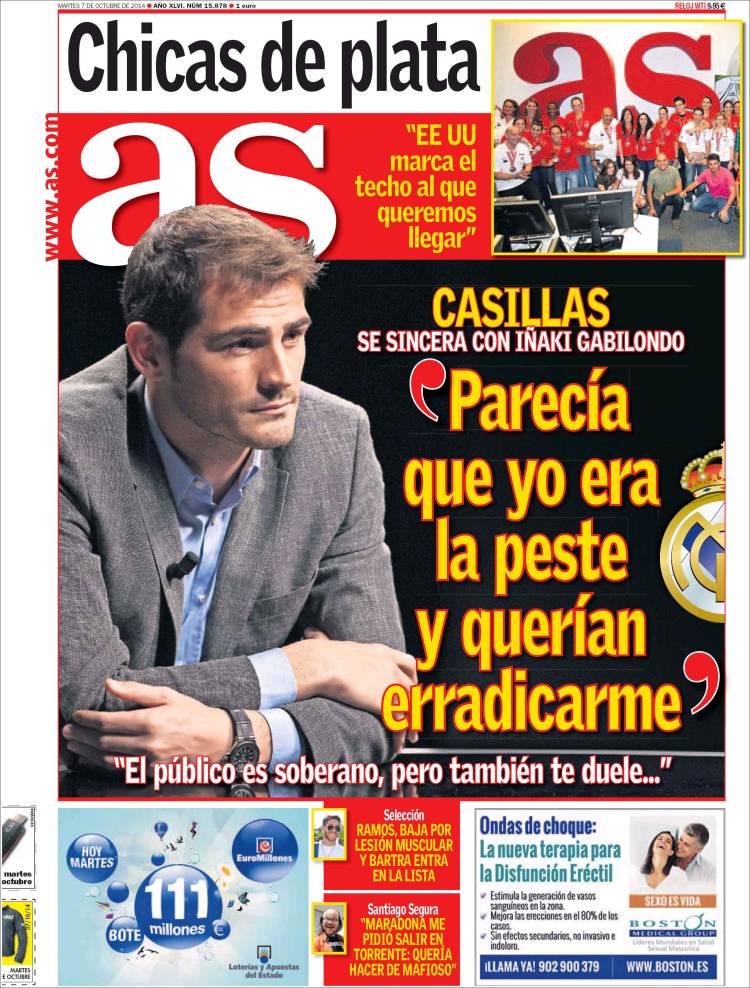 “The fans are superb but they can also hurt you...”

Ramos out through a muscle injury and Bartra joins the squad

Santiago Segura: “Maradona asked me very strongly if he could leave: he wanted to be one of the mafia” 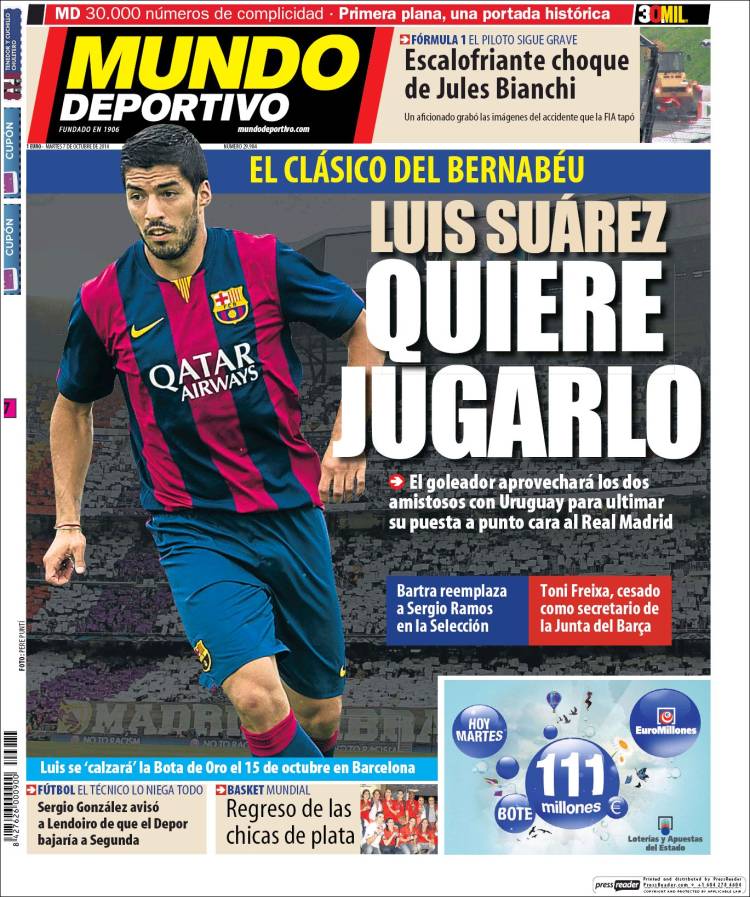 The Bernabeu Clasico; Suarez: “I want to play in it”

Luis will ‘wear’ the Golden Boot on October 15 in Barcelona

Toni Freixa sacked as secretary of the Barca board

The Coach denies everything; Sergio Gonzalez warned Lendoiro that Depor would go down to the Second Division