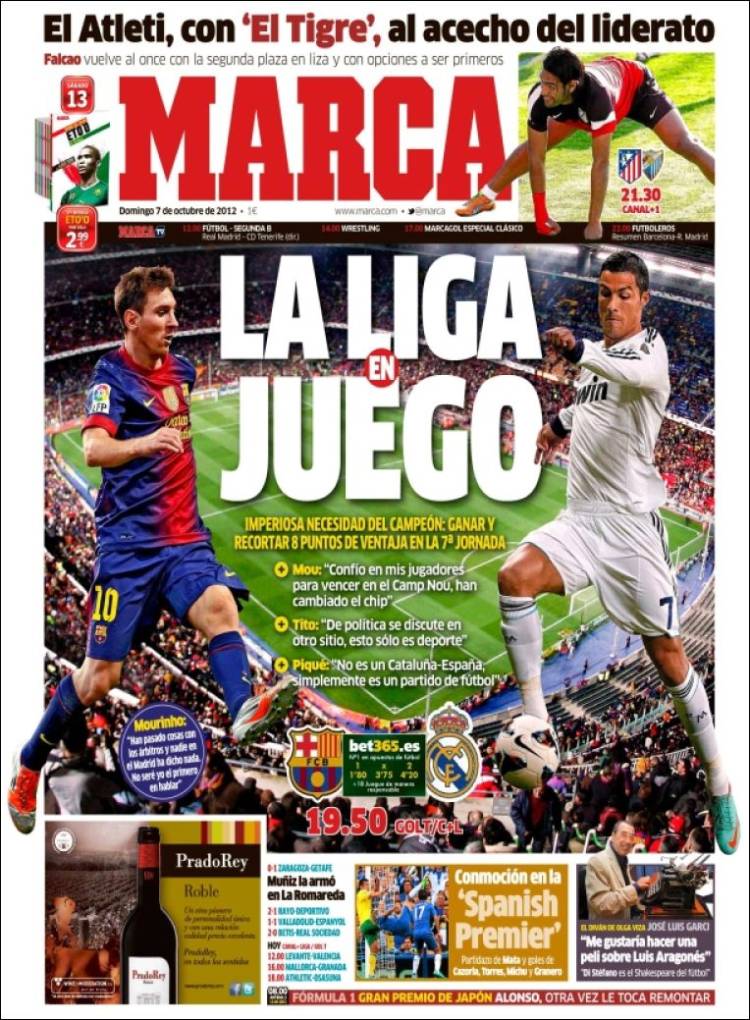 La Liga to play for

Mou: "I trust my players to win in the Camp Nou, they have changed their mentality"

Tito: "Politics should be talked about elsewhere, this is just sport"

Pique: "It's not Catalonia vs. Spain, it's simply a game of football"

Mourinho: "Things have happened with the referees and nobody in Madrid has said anything. I won't be the first to speak"

Commotion in the 'Spanish Premier' - great game from Mata with goals from Cazorla, Torres, Michu and Granero

Jose Luis Garci: "I'd like to have made a film about Luis Aragones" 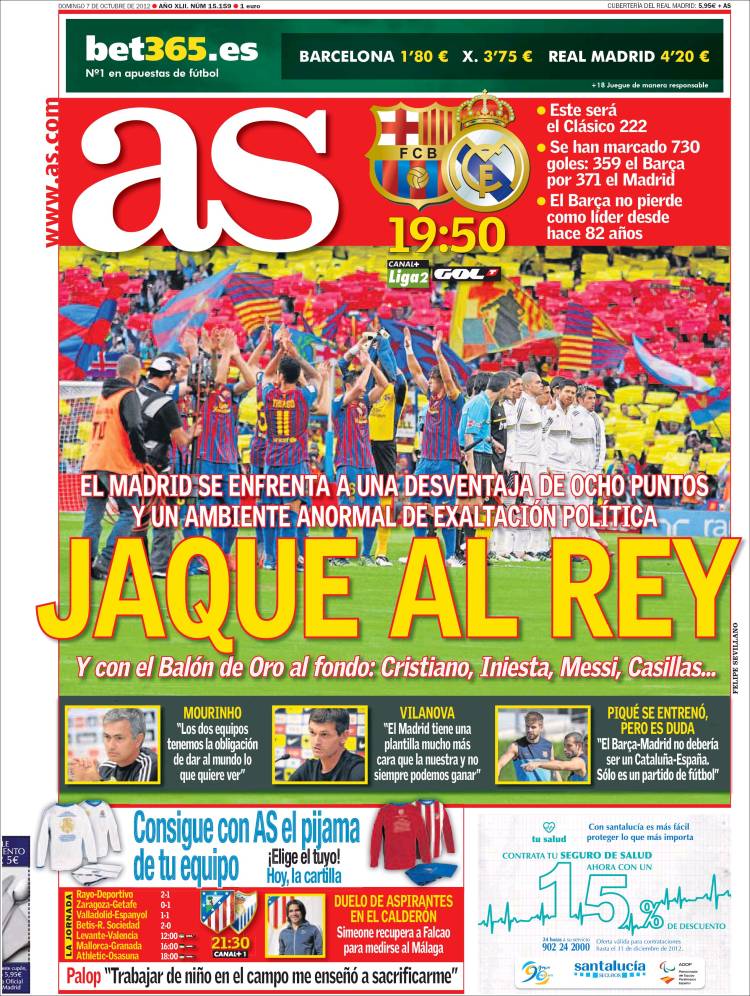 And with the Ballon d'Or in the background: Cristiano, Iniesta, Messi, Casillas...

This will be Clasico No 222

Barca have not lost as leaders for 82 years

Mourinho: "Both sides are obliged to give the world what it wants to see"

Vilanova: "Madrid has a much more expensive squad than us and we can't always win"

Pique appears but he is a doubt: "Barca-Madrid should not be about Catalonia vs. Spain. It's only a football match"

Duel of the hopefuls in the Calderon

Simeone gets Falcao back to face Malaga

Palop: "To play on the pitch as a child taught me to make sacrifices" 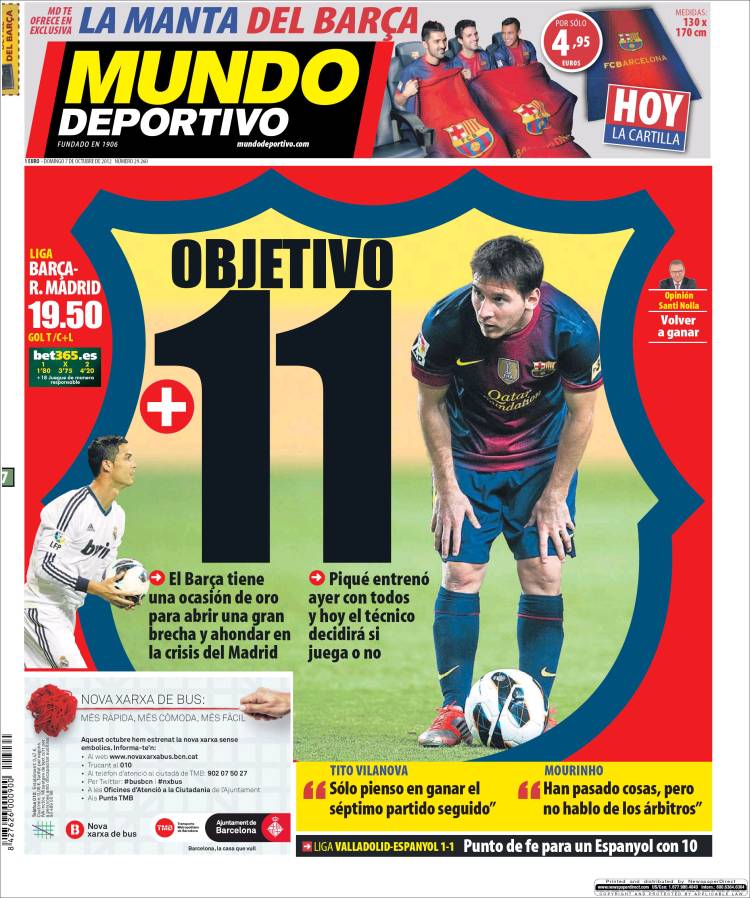 Mourinho: "Things have happened but I don't talk about referees"

Valladolid-Espanyol 1-1: a point of confidence for 10-man Espanyol