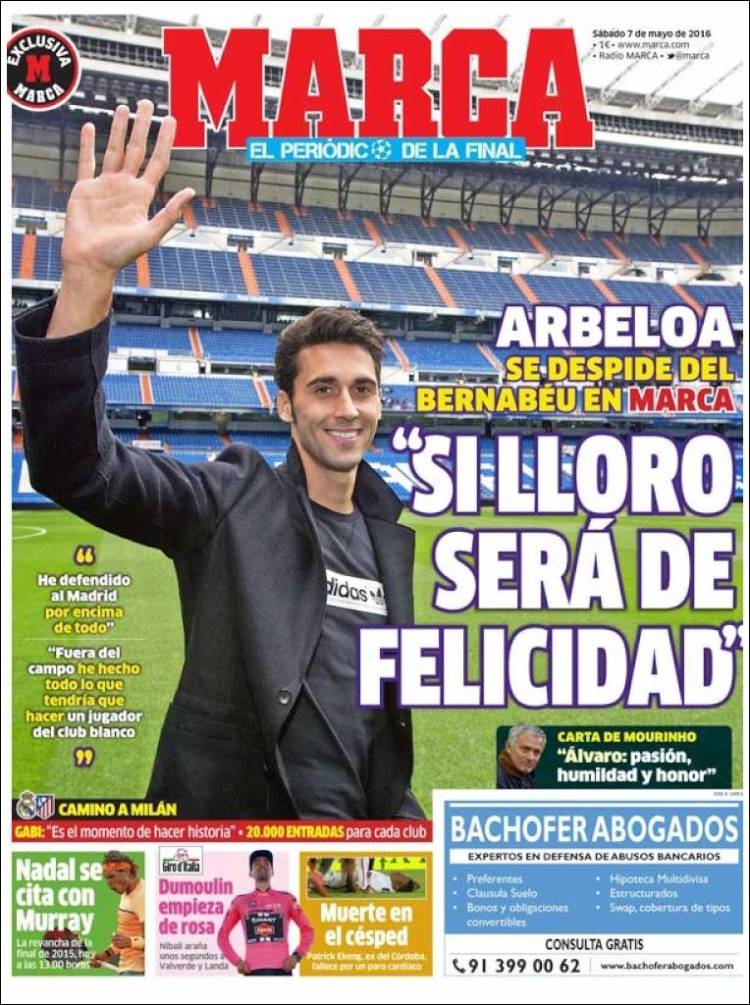 Says goodbye to the Bernabeu in Marca

“If I cry it will be from happiness”

“I’ve defended Madrid above everything”

Gabi: “It is a moment to make history”

Death on the grass 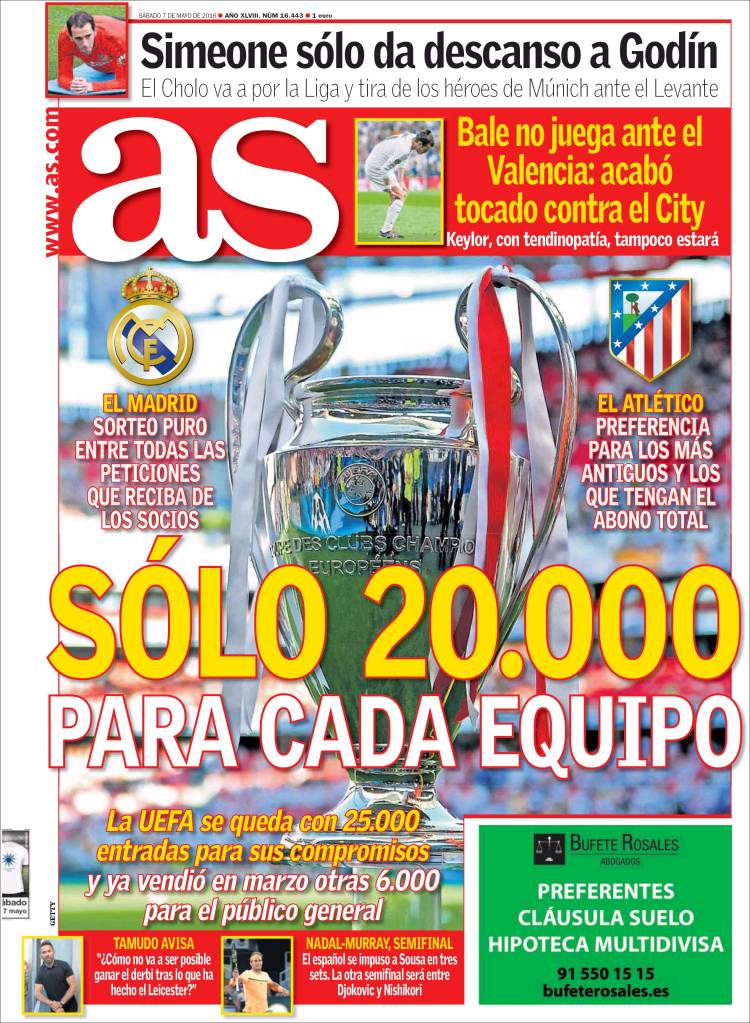 Keylor, with tendonitis, won’t either

Real Madrid draw purely among all the requests received from members

UEFA is left with 25,000 for its commitments and another 6,000 already sold in March to the general public

“How is it not possible to win the derby after what Leicester have done?” 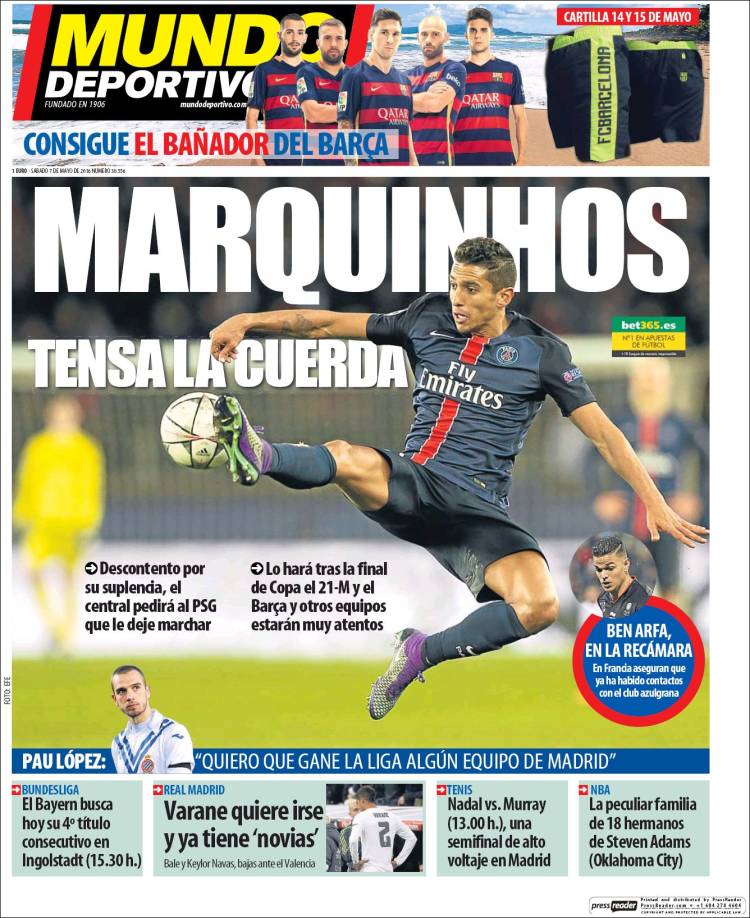 Disgruntled by his position, the centre-back will ask PSG to let him go

Pau Lopez: “I want a team from Madrid to win La Liga”

Bayern search for their fourth consecutive title at Ingolstadt (15.30)

Varane wants to go and already has ‘brides’

Bale and Keylor Navas, out against Valencia

Ben Arfa, in the magazine