Today's front-pages headlines from Marca, AS and Mundo Deportivo… 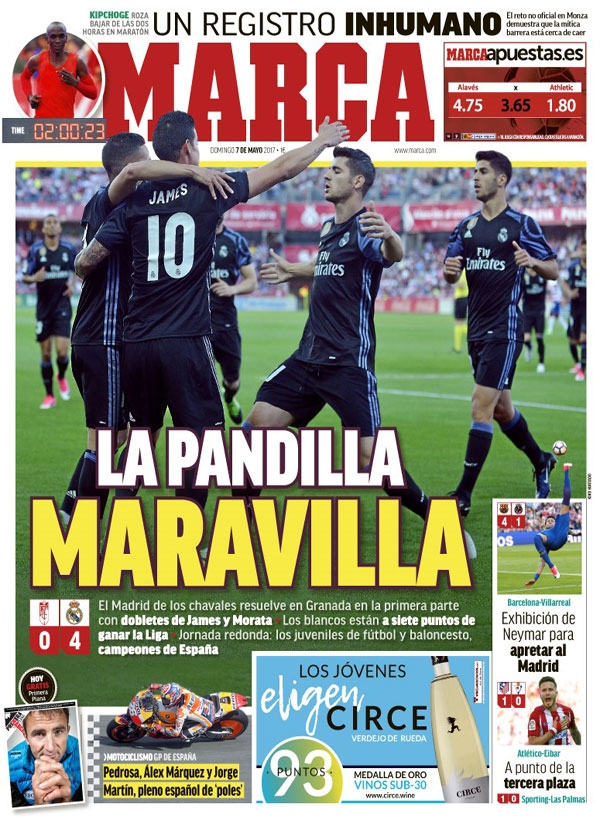 A young Madrid resolve their game against Granada in the first half, with braces from James and Morata

Los Blancos are seven points away from La Liga

Exhibition from Neymar to tighten Madrid

On the verge of the third place 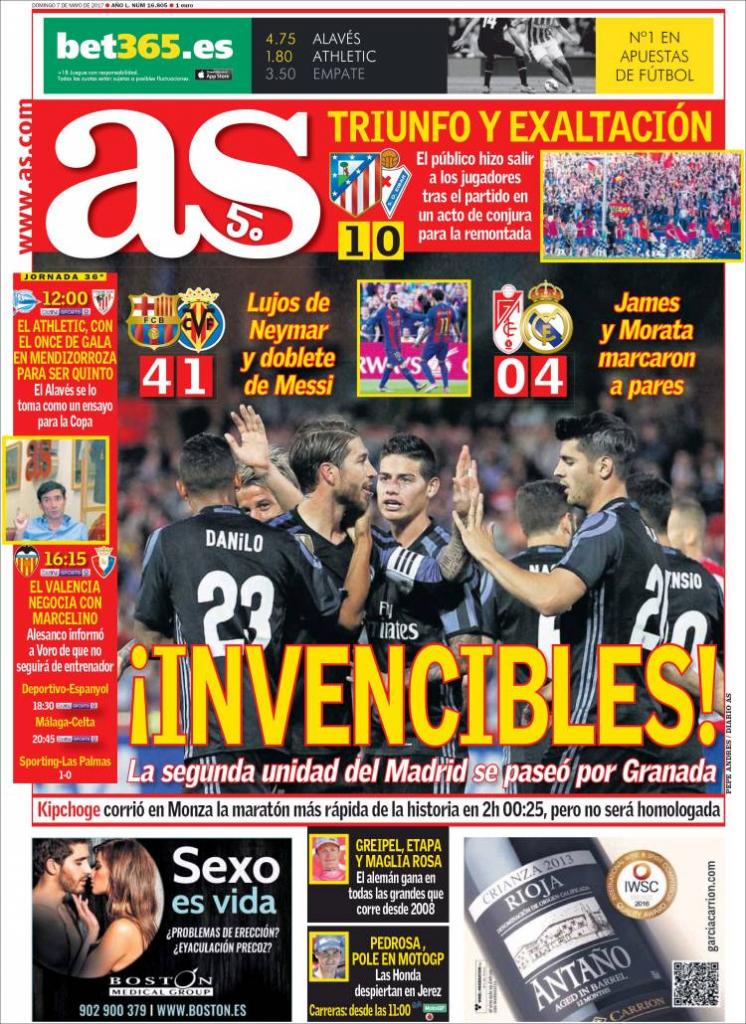 Luxuries from Neymar and a Messi brace

James and Morata score in twos

Athletic with a ‘gala’ XI at Mendizorroza for fifth place

Alaves take it as a test for the Copa

Alexanco informed Voro that he would not stay on as Coach 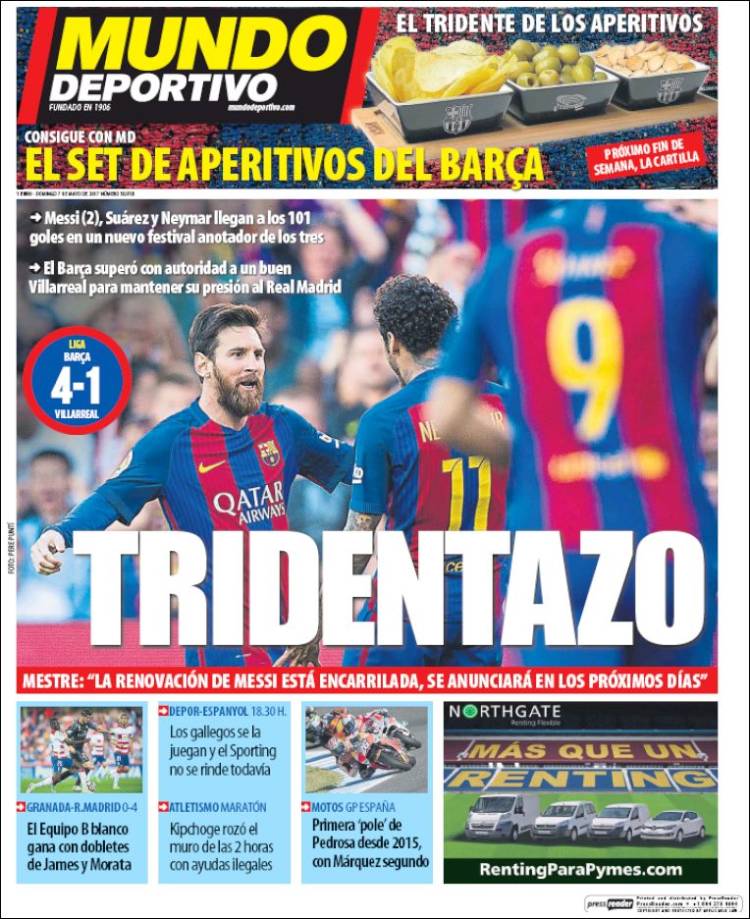 Messi (x2), Suarez and Neymar reach 101 goals in a new festival for the trio

Mestre: “Messi’s renewal is on track, it’ll be announced in the coming days”

Los Blancos’ B team win with braces from James and Morata