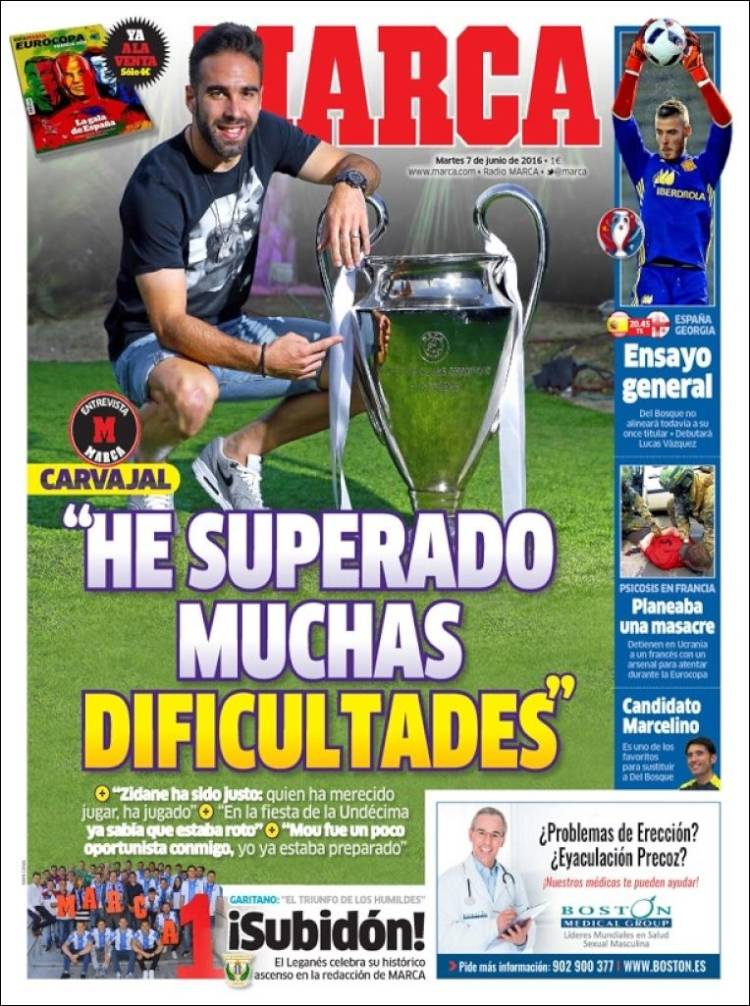 “I have overcome many difficulties”

“Zidane has been fair: whoever has deserved to play, has played”

“At the party for La Undecima, I already knew I was injured”

“Mou gave me few opportunities, I was prepared”

Garitano: “The triumph of the humble”

Leganes celebrate their historic promotion in the edition of Marca

One of the favourites to succeed Del Bosque 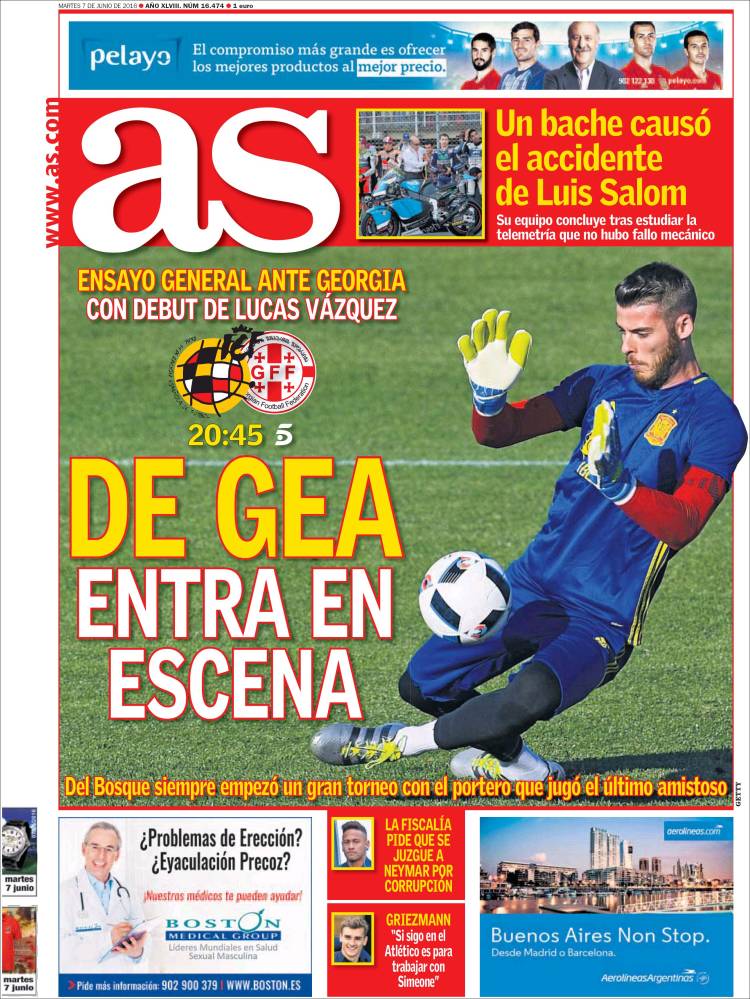 With the debut of Lucas Vazquez

The Public Prosecutor asks that Neymar be judged for corruption

“If I continue at Atletico it’s to work with Simeone” 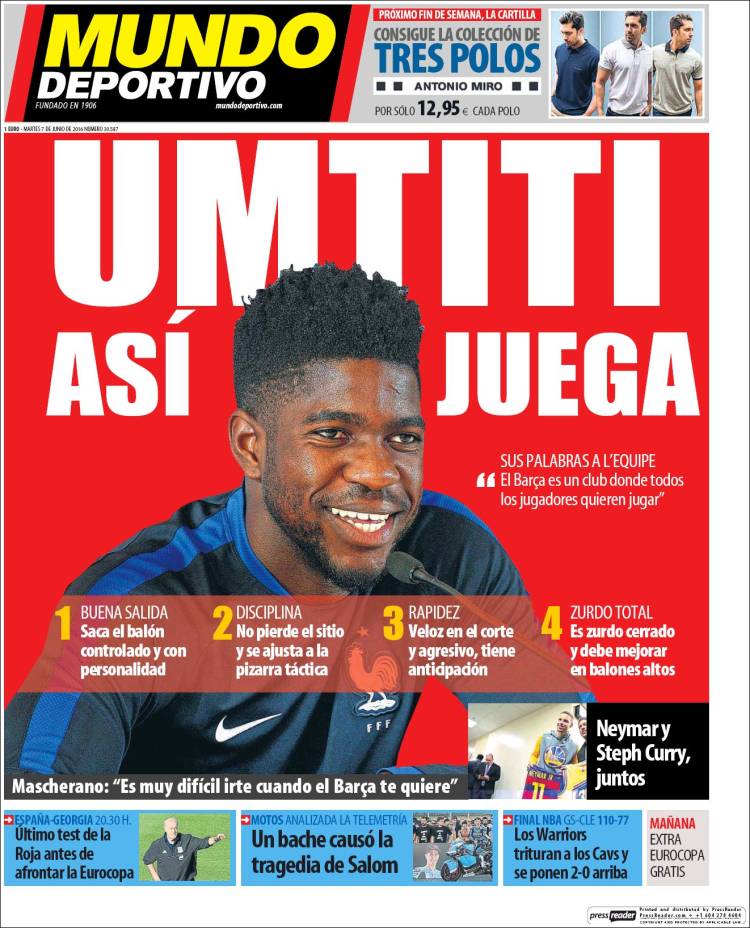 His words to L’Equipe:

“Barca is a club where every player wants to play”

Controls the ball and with personality

Doesn’t lose his position and adjusts to the tactics board

Fast on the court and aggressive, has anticipation

He is only left-sided and needs improvement on high balls

Mascherano: It’s hard to leave when Barca want you

Neymar and Steph Curry, together

Final test for La Roja before confronting the Euros