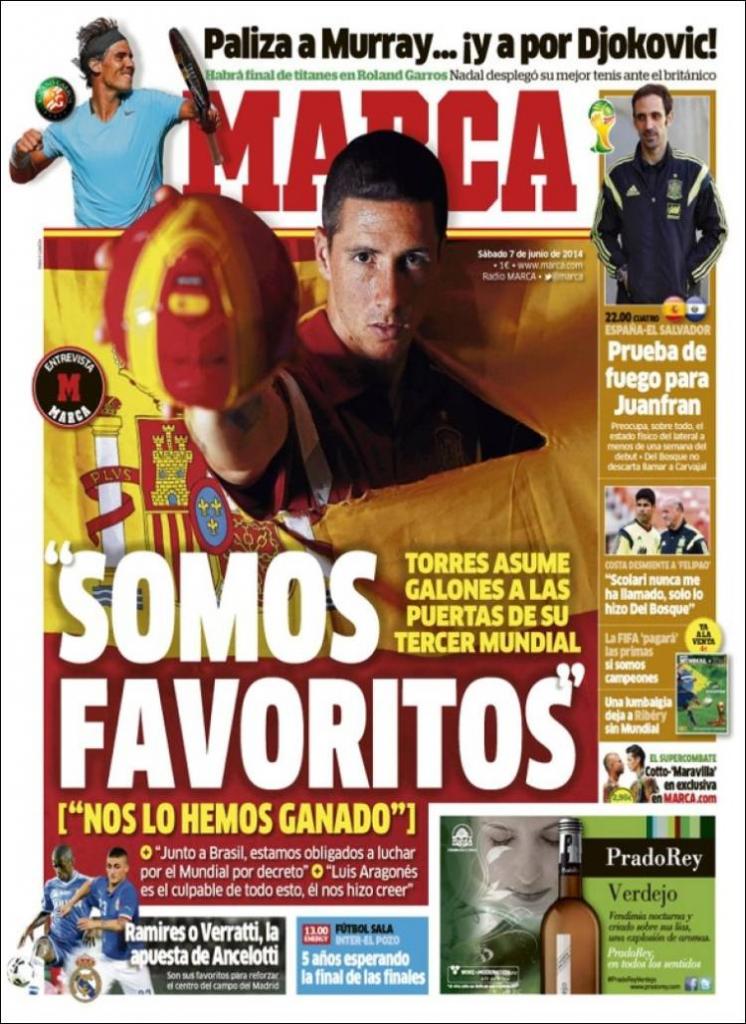 We are favourites (We have earned it)

Torres earns his stripes ahead of his third World Cup

Luis Aragones is the reason behind this, he made us believe.

Ramires or Verratti, Ancelotti's gamble. They are his favourites to reinforce the middle of the park for Madrid

Acid test for Juanfran, There is a worry over the fitness of the full-back less than a week from the first game, Del Bosque does not rule out calling up Carvajal.

FIFA will pay the bonuses if we are champions

Back pain leaves Ribery out of World Cup 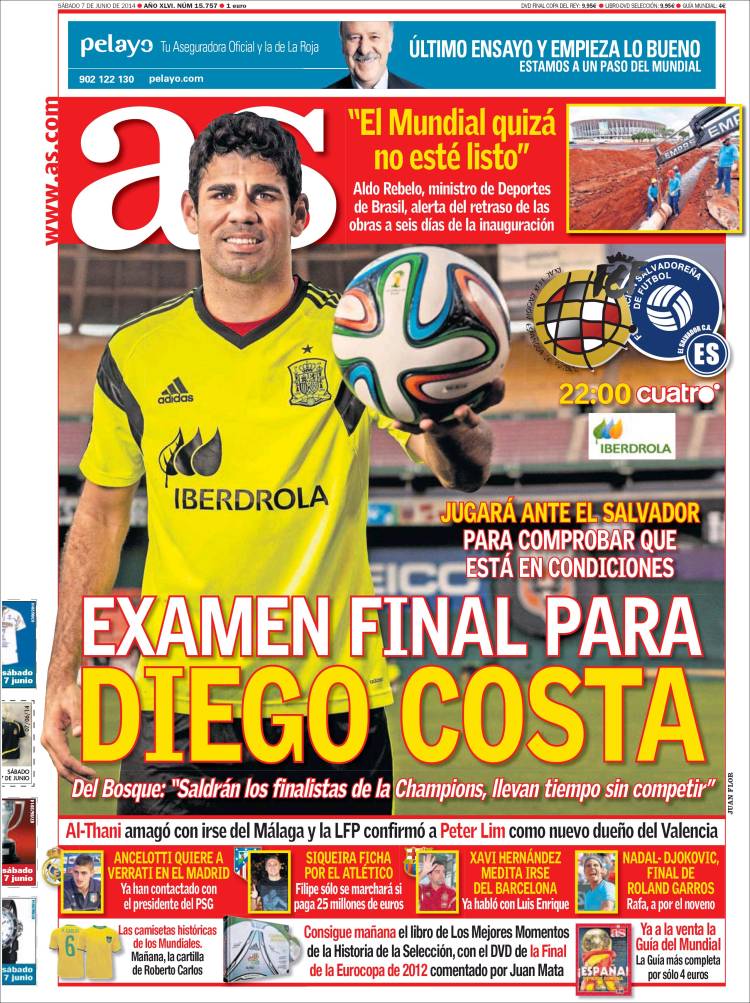 Final test for Diego Costa, he will play against El Salvador to check he is fit

Del Bosque: The finalists of the Champions League will play, it's been a while since they have played.

The World Cup might not be ready - Aldo Rebelo, Minister of Sport in Brazil hints at a delay in the works just six days before it starts.

Ancelotti wants Verratti at Madrid, contact has already been made with the PSG president

Siquiera signs for Atletico, Filipe will only leave if €25m is paid 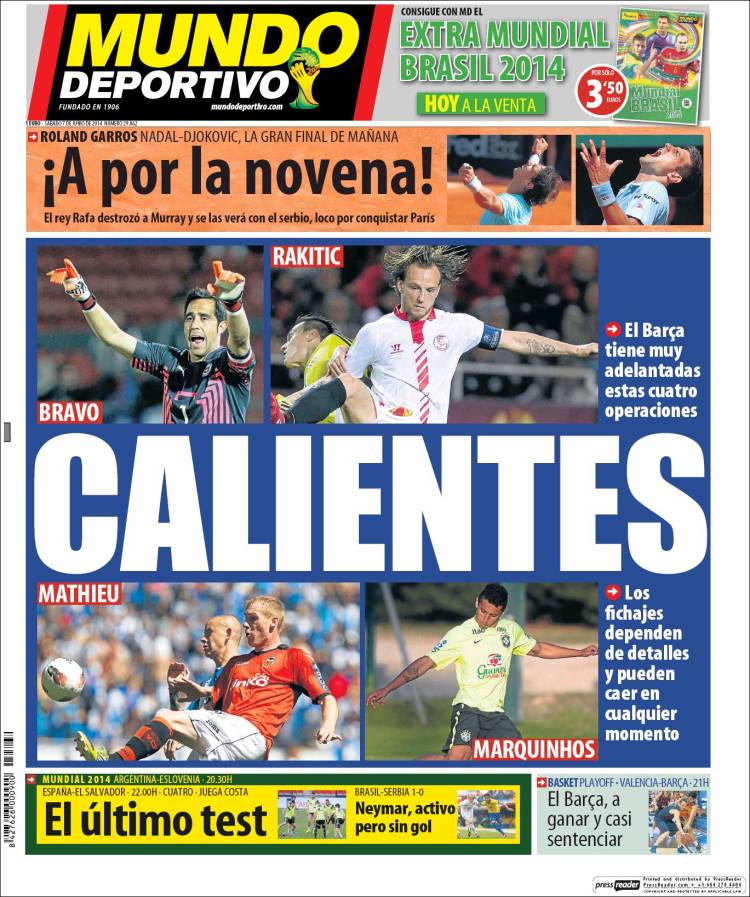 Getting warm: Bravo, Rakitic, Mathieu and Marquinhos, Barca are close to sealing these four deals

Brazil 1-0 Serbia, Neymar lively but does not score