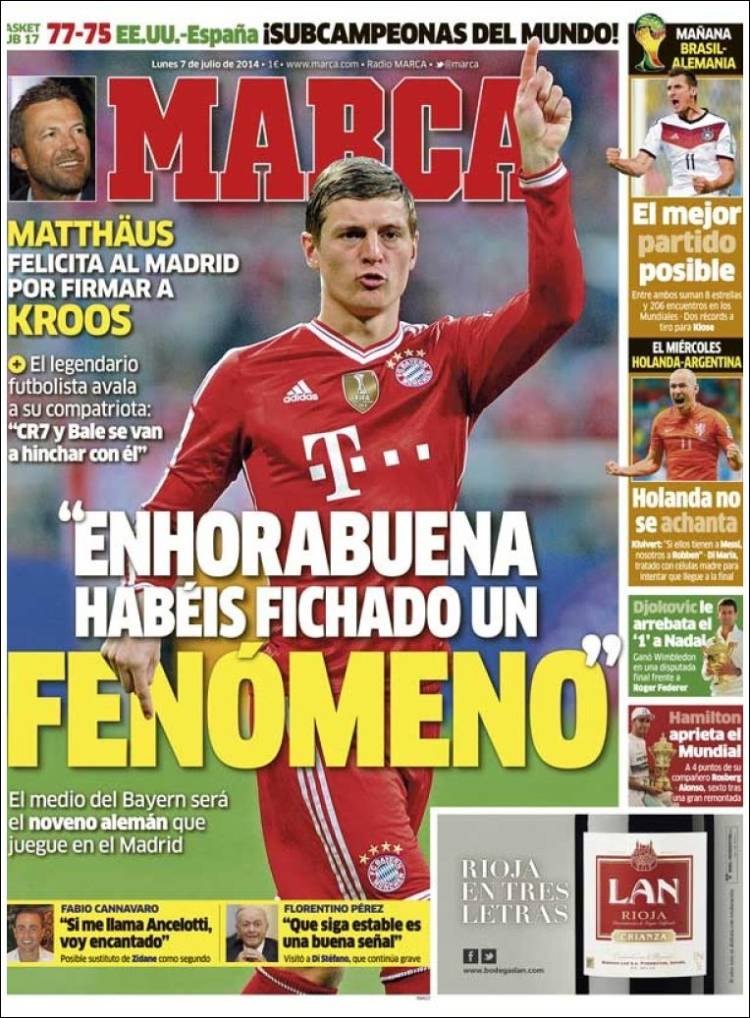 Congratulations, you have signed a phenomenon

The legendary footballer supports his compatriot: CR7 and Bale are going to profit from him

Fabio Cannavaro: 'If Ancelotti calls me, I'd be happy to go'

Possible substitute for Zidane as assistant.

Florentino Perez: 'He continues to be stable which is a good sign'

Two records within reach for Klose.

Kluivert: 'If they have Messi, we have Robben' 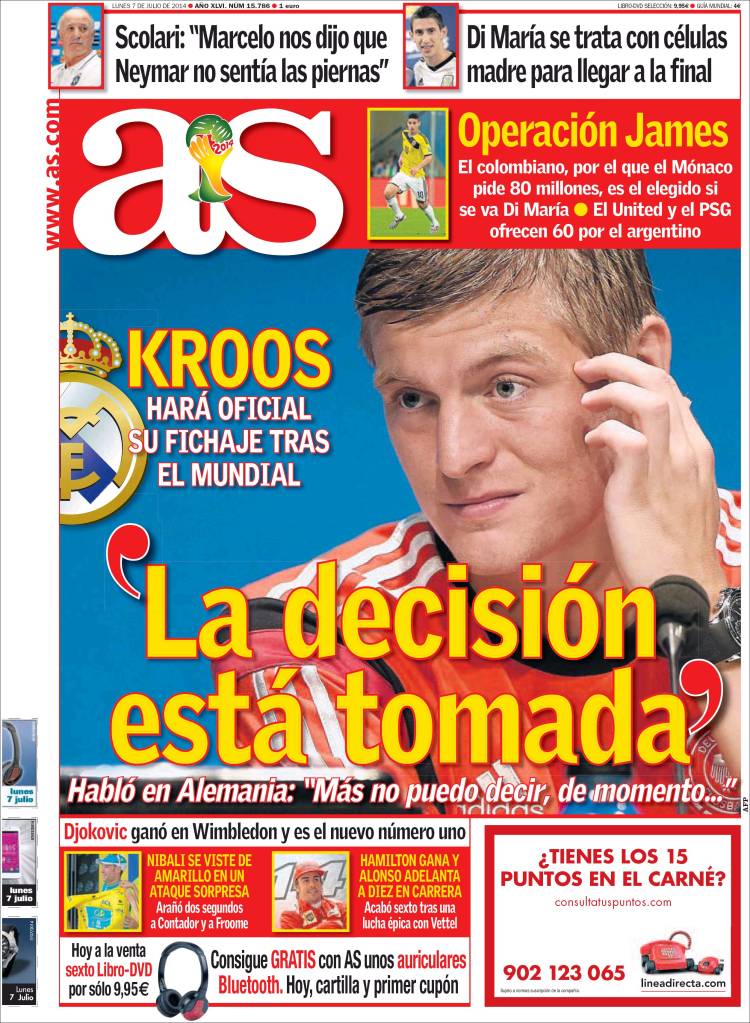 The decision has been taken

Kroos will make his signing official after the World Cup

He spoke in German: 'I cannot say anymore at the moment'

Scolari: 'Marcelo told us that Neymar could not feel his legs'

United and PSG offer €60m for the Argentine 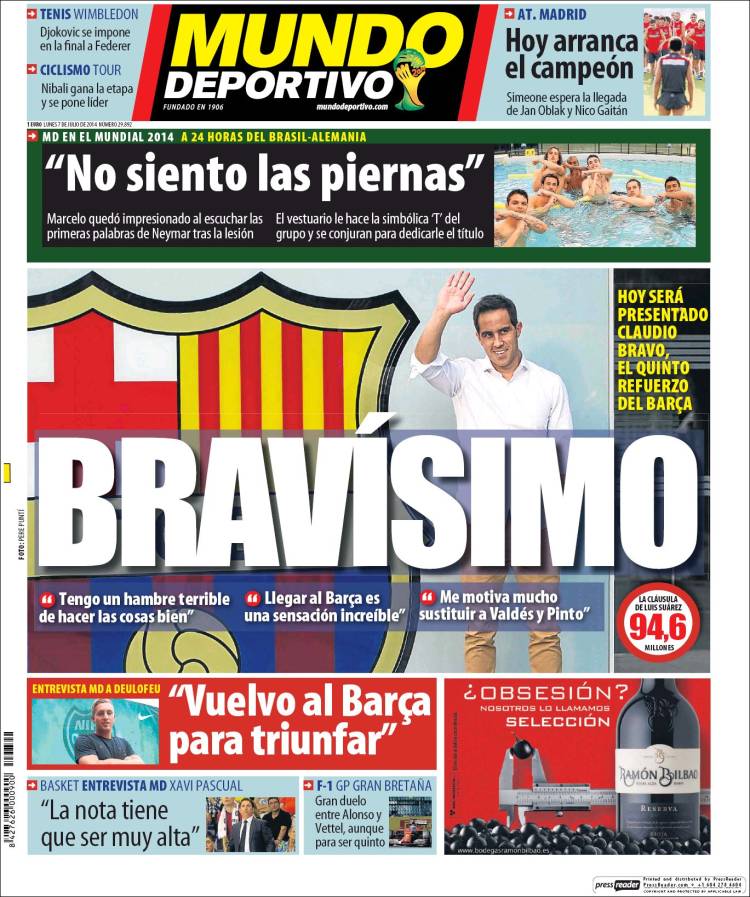 I have a huge hunger to do things well

Coming to Barca is an incredible sensation

I am very motivated to replace Valdes and Pinto

Claudio Bravo will be presented today, the fifth reinforcement for Barca

The clause for Luis Suarez

Atletico: The champions back to work today

Simeone awaits the arrivals of Jan Oblak and Nico Gaitan