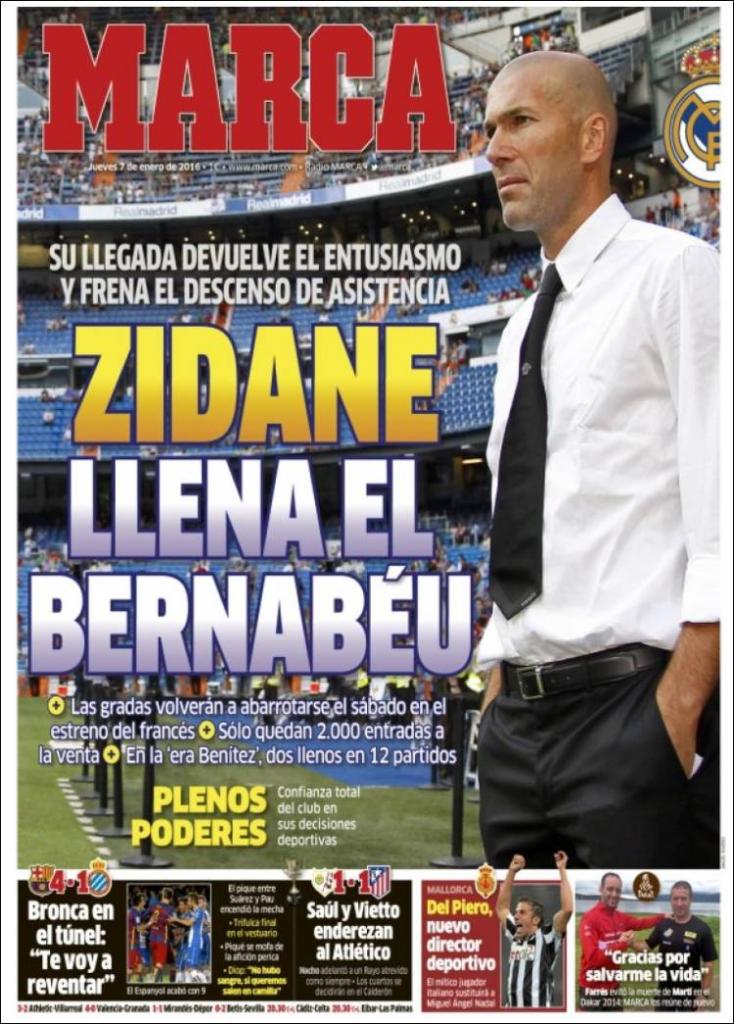 His arrival returns the enthusiasm and slows the decline in support

In the ‘Benitez era,’ two sell-outs in 12 games

Rumble in the tunnel:

“I’m going to break you”

The squabble between Suarez and Pau lit the fuse

The row ends in the locker room

Diop: “There was no blood, if we wanted they’d be on a stretcher”

Saul and Vietto straighten up Atletico

Nacho puts a daring as always Rayo ahead

To be decided at the Calderon 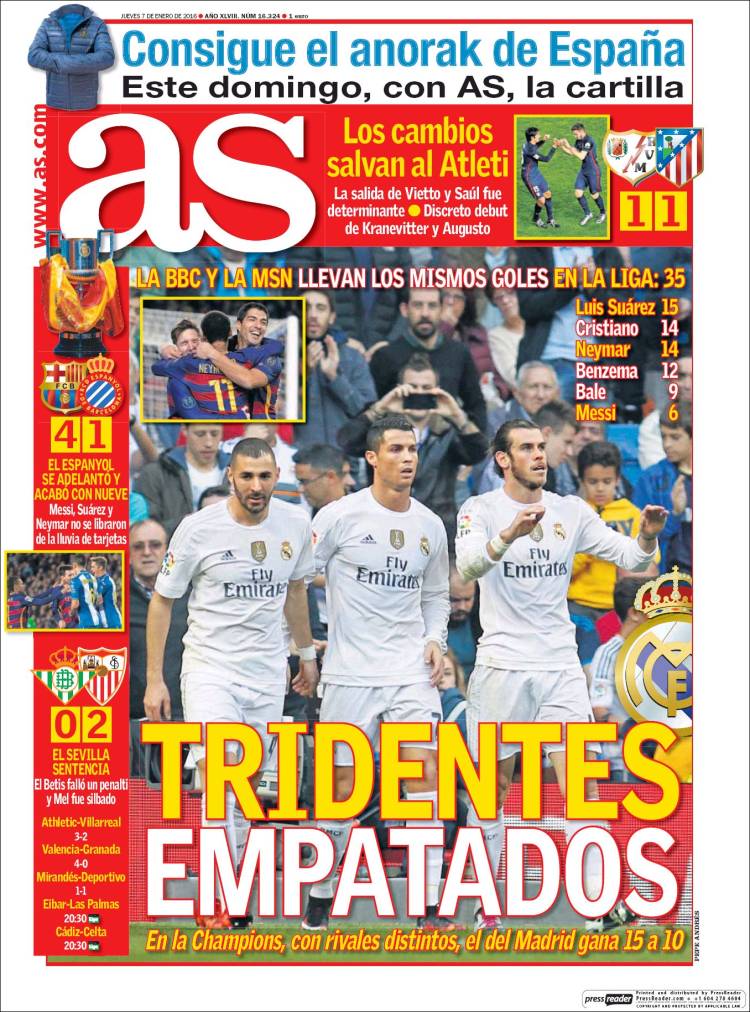 The changes save Atleti

The introduction of Vietto and Saul was decisive

Discrete debut for Kranevitter and Augusto

The BBC and the MSN have the same goals in La Liga: 35

In the Champions League, with different opponents, Madrid wins 15 to 10

Espanyol go in front and finish with nine

Betis missed a penalty and Mel was whistled 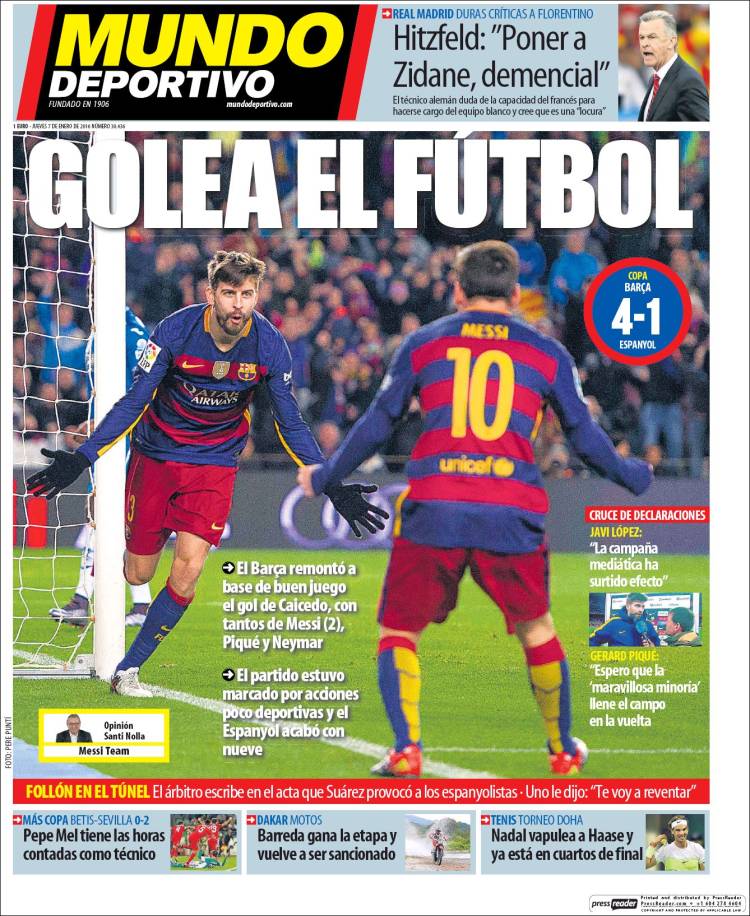 Barca mended by means of good play Caicedo’s goal, with a few from Messi (2), Pique and Neymar

Gerard Pique: “I hope the ‘wonderful minority’ fill the stadium in the return

Trouble in the tunnel

The referee reports an act by Suarez to provoke Espanyol

Someone said: “I will break you”