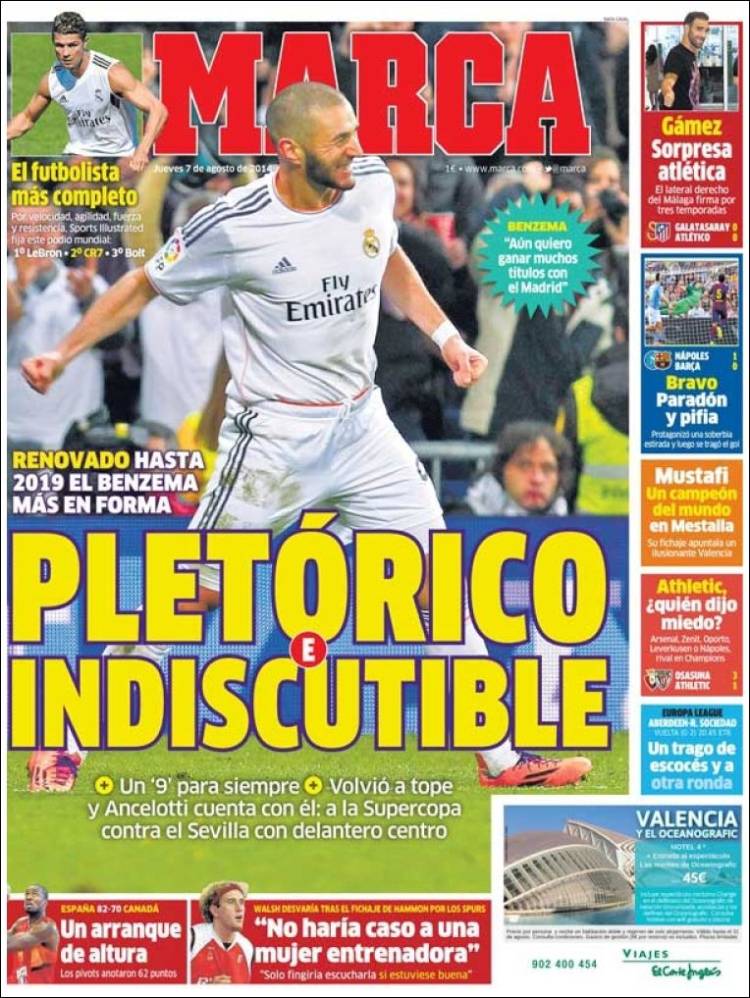 The most in-form Benzema renews until 2019

The most complete footballer

For speed, agility, strength and endurance

The right-back from Malaga signs for three seasons

Bravo save and blunder

He started with a superb dive but later swallowed the goal

Mustafi, a world champion at Mestalla

His signing points towards an exciting Valencia side

Arsenal, Zenit, Porto, Leverkusen or Napoli will be their rival in the Champions League

A Scottish drink and to the next round 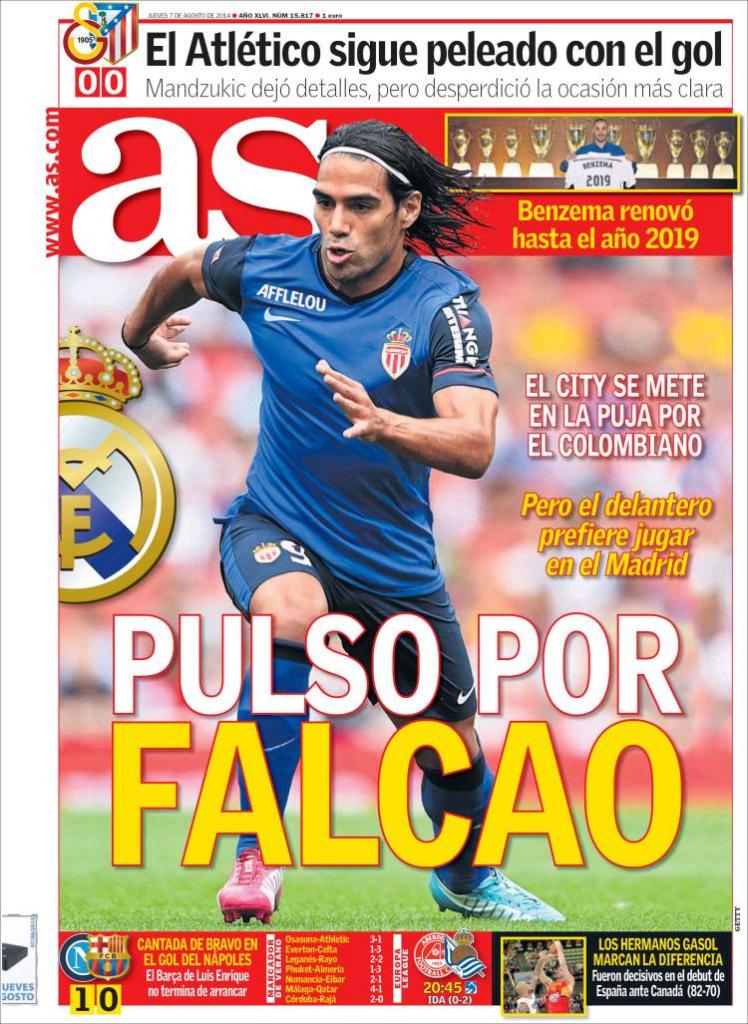 A push for Falcao

Atletico continue fighting with the goal

Mandzukic showed glimpses but he wasted the clearest opportunity

Goalkeeping error from Bravo for the Napoli goal

Luis Enrique's Barca still yet to get going 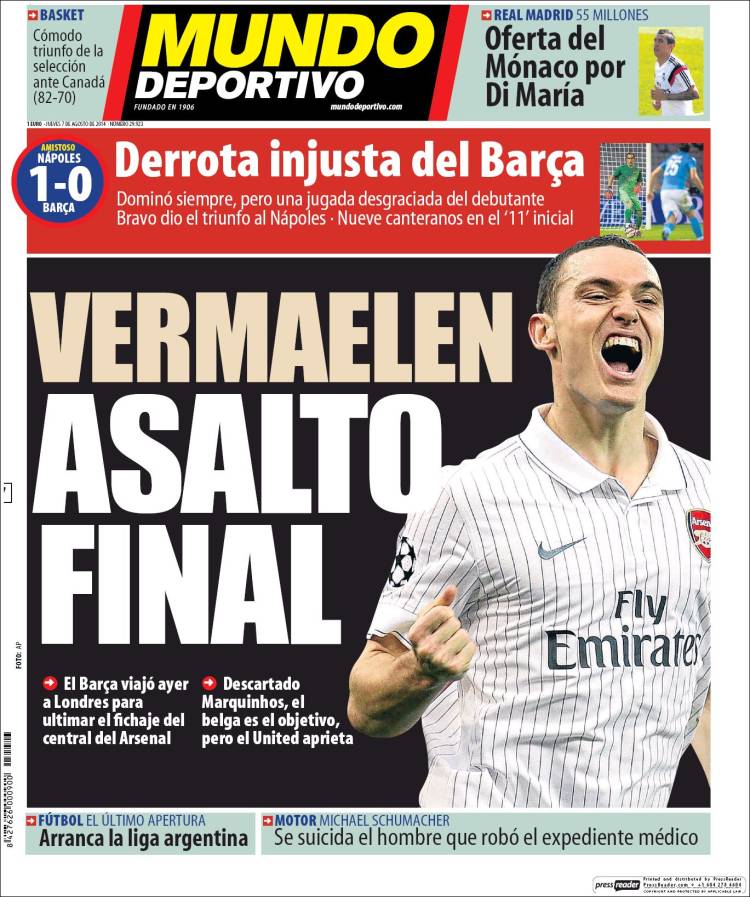 Marquinhos has been discarded, the Belgian is the objective, but United are pressing

Offer from Monaco for Di Maria