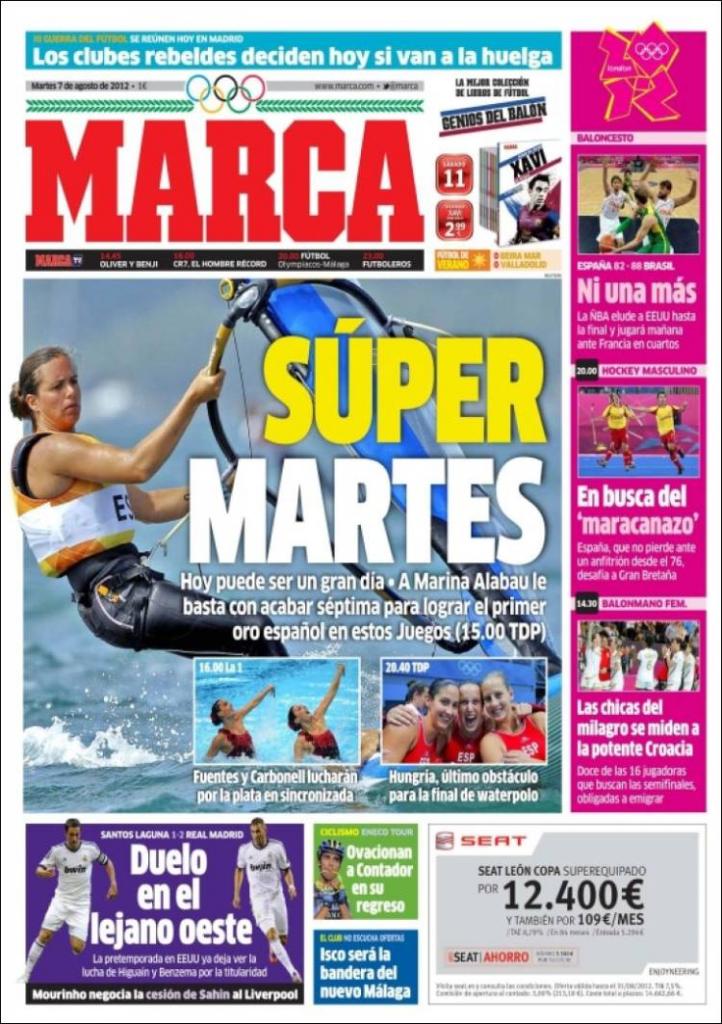 The football war: a meeting will be held in Madrid

Duel in the far west: the pre-season tour to the United States has already seen the battle between Higuain and Benzema for the starting role

Isco will the flag-bearer for the new Malaga 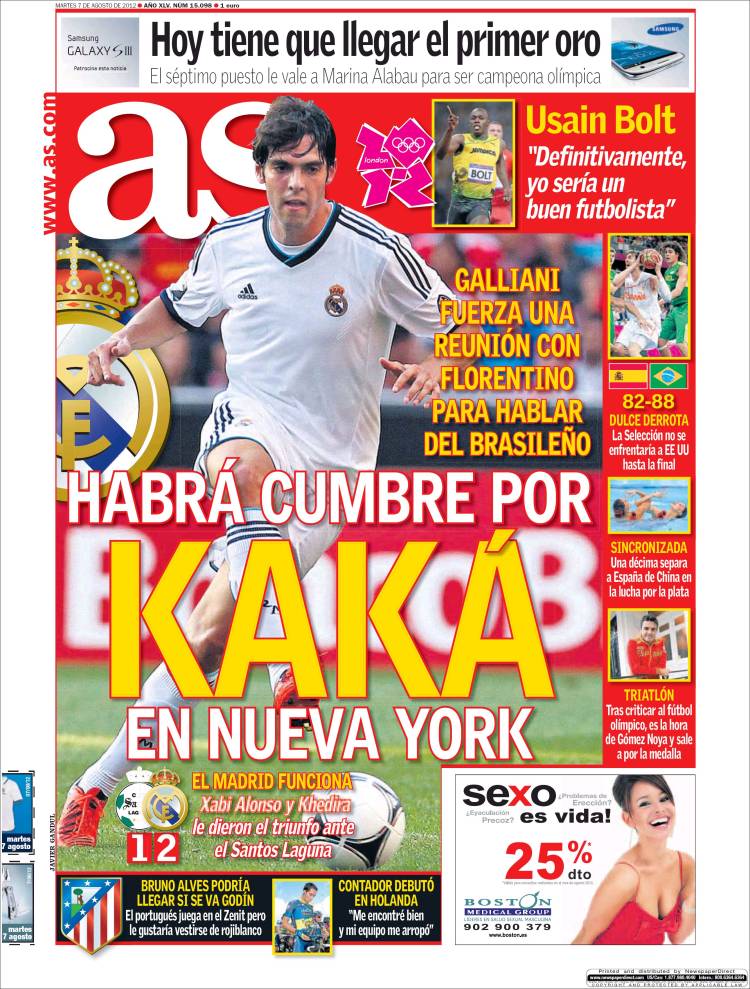 Summit in New York over Kaka

Madrid function: Xabi Alonso and Khedira give them victory over Santos Laguna

Bruno Alves could come in if Godin leaves: the Portuguese is with Zenit but would love to wear red and white

Usain Bolt: 'I would definitely have been a good footballer" 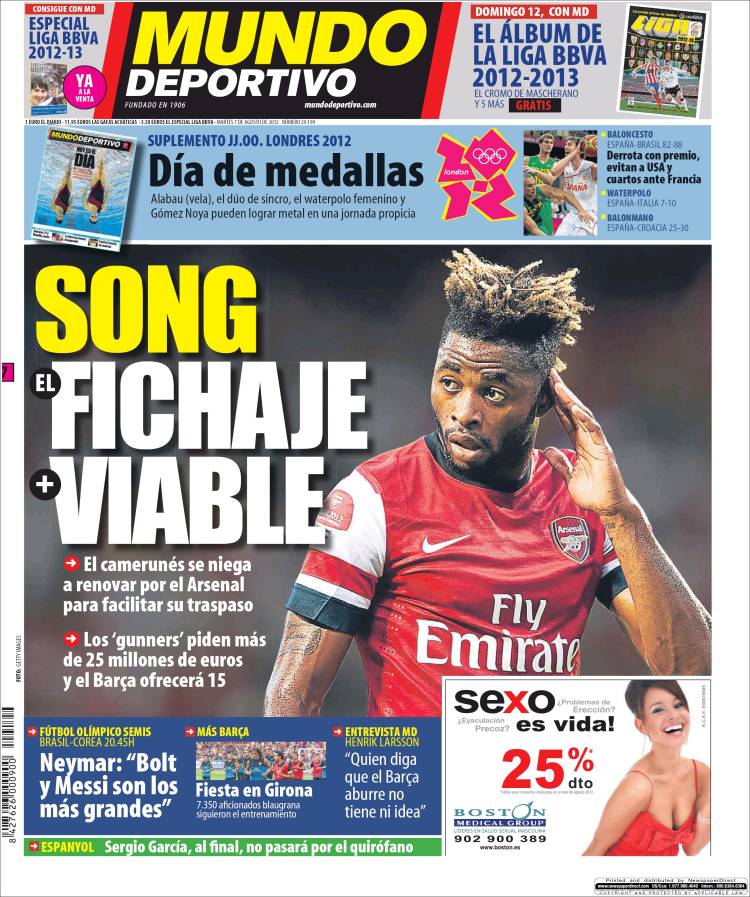 Neymar: "Bolt and Messi are the greatest"

Henrik Larsson: "People who say Barca are boring have no idea"