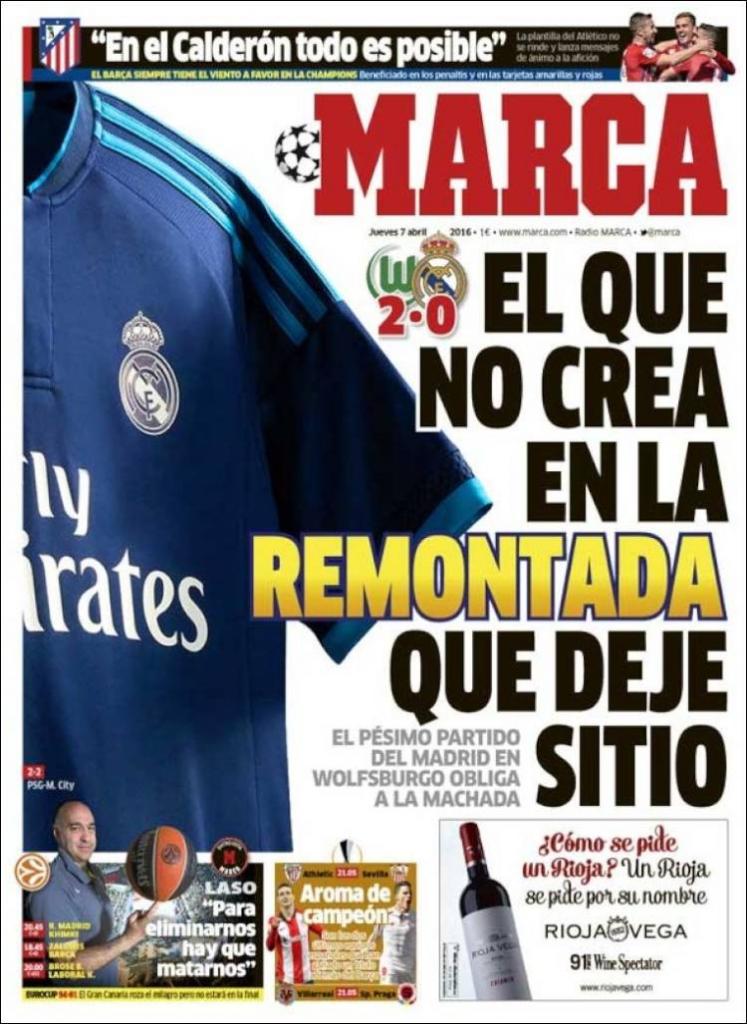 “Anything is possible in the Calderon”

Beneficiaries of penalties and yellow and red cards

He who doesn’t believe in the comeback can leave

Madrid’s awful game in Wolfsburg obliges an act of bravery 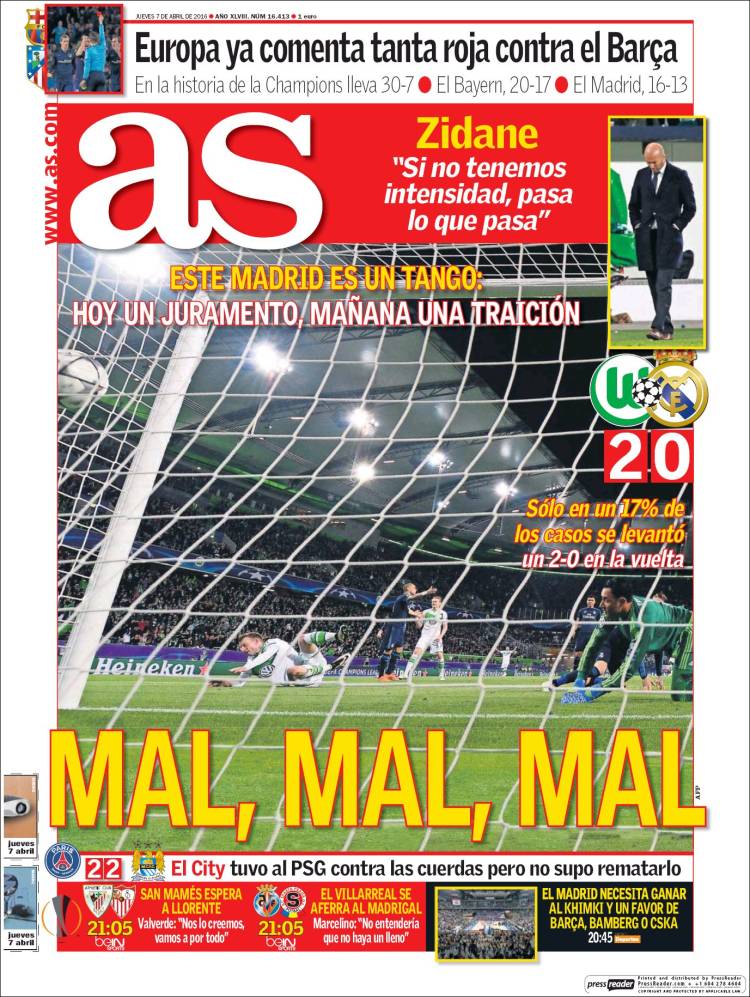 Europe discusses so many red cards against Barca

30-7 in the history of the Champions League

“If we don’t have intensity, what happened happens”

This Madrid is a tango:

Today a vow, tomorrow a betrayal

Valverde: “We believe it, we go for everything”

Marcelino: “I wouldn’t understand if it’s not a full house” 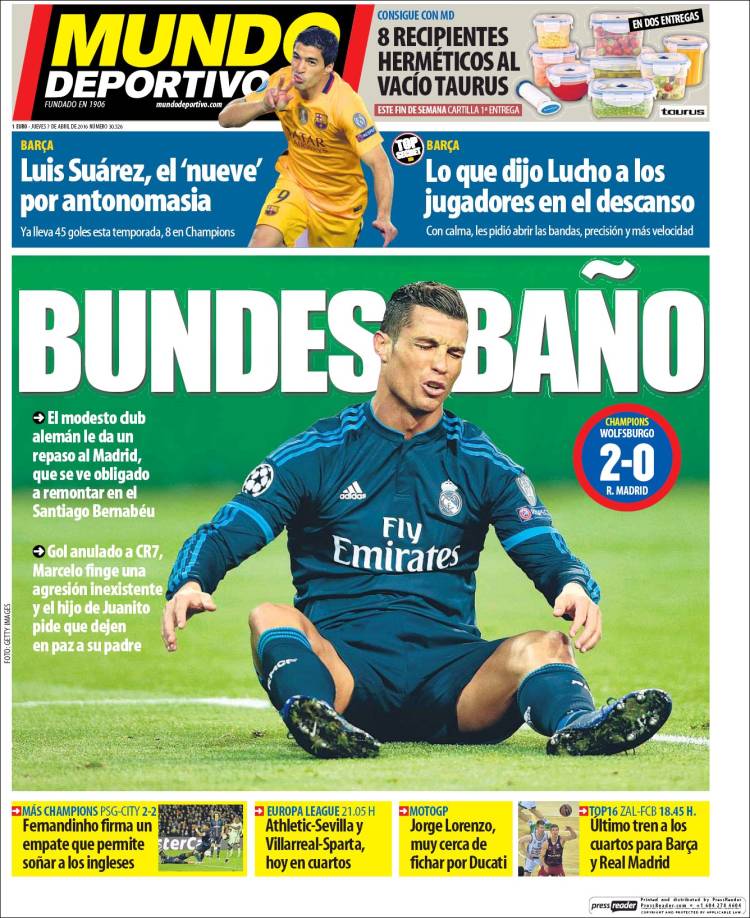 He reaches 45 goals in the season, eight in the Champions League

What Lucho said to the players at half time

Calmly, he asked for them to open the wings, precision and more speed

The modest German club gives a revision to Madrid, who are forced to recover at Santiago Bernabeu

Fernandinho delivers a draw that allows the English to dream