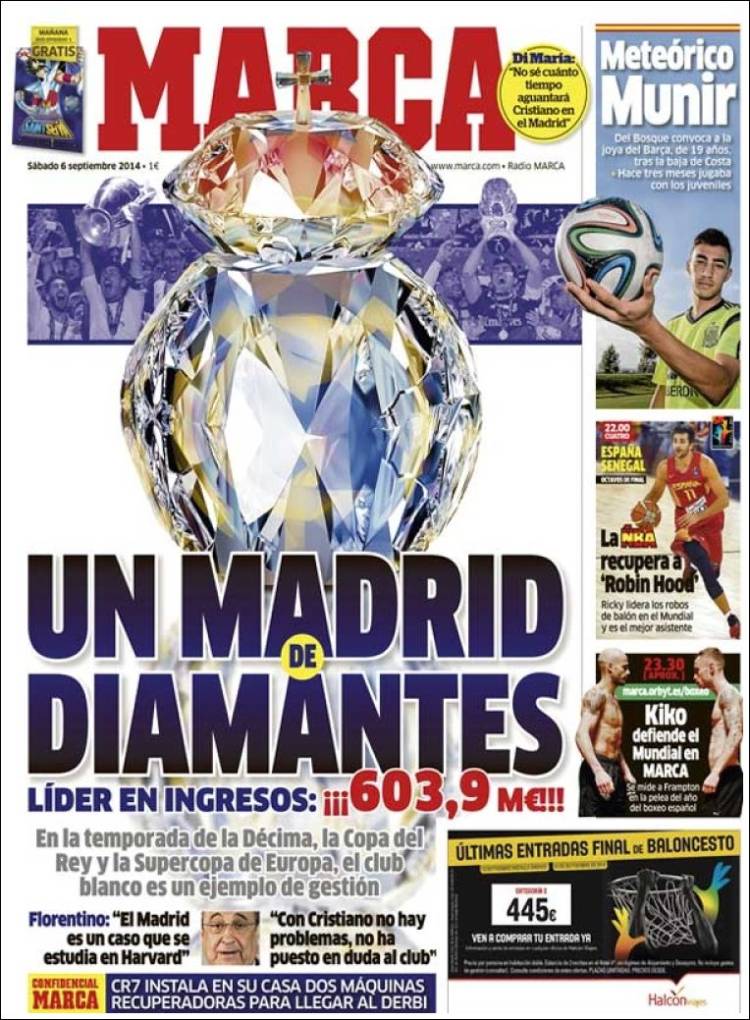 In the season of the Decima, Copa del Rey and Supercopa de Europa, Los Blancos are an example of financial management

Florentino: “Madrid is a case they study at Harvard”

“There are no problems with Cristiano, he has not questioned the club”

Di Maria: “I don’t know how long Cristiano will last in Madrid”

Del Bosque calls up the pearl of Barcelona, 19, after the loss of Costa

Three weeks ago he was playing with the youth team 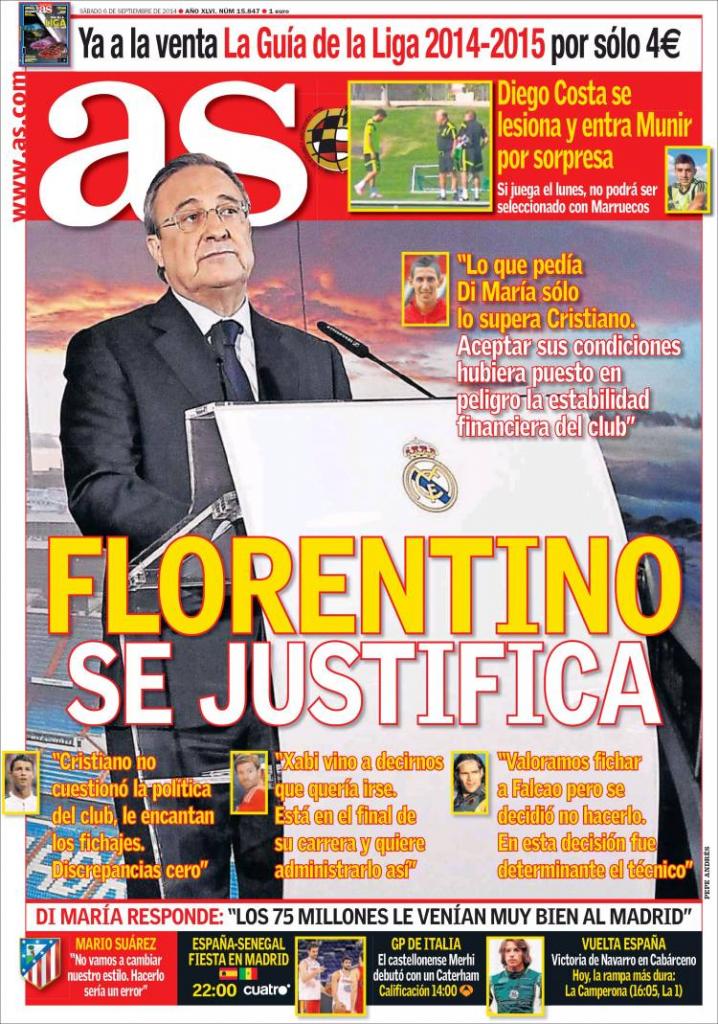 “Cristiano did not question the politics of the club, he is delighted with the signings. Zero discrepancies”

“Xabi came and told us he wanted to leave. He is in the final stages of his career and wants to manage it like this”

“We looked at signing Falcao but decided not to. The Coach was a decisive factor”

“Only Cristiano earns more than what Di Maria was asking for. To accept his terms would have put the financial stability of the club in danger”

Mario Suarez: “We are not going to change our style. To do that would be a mistake” 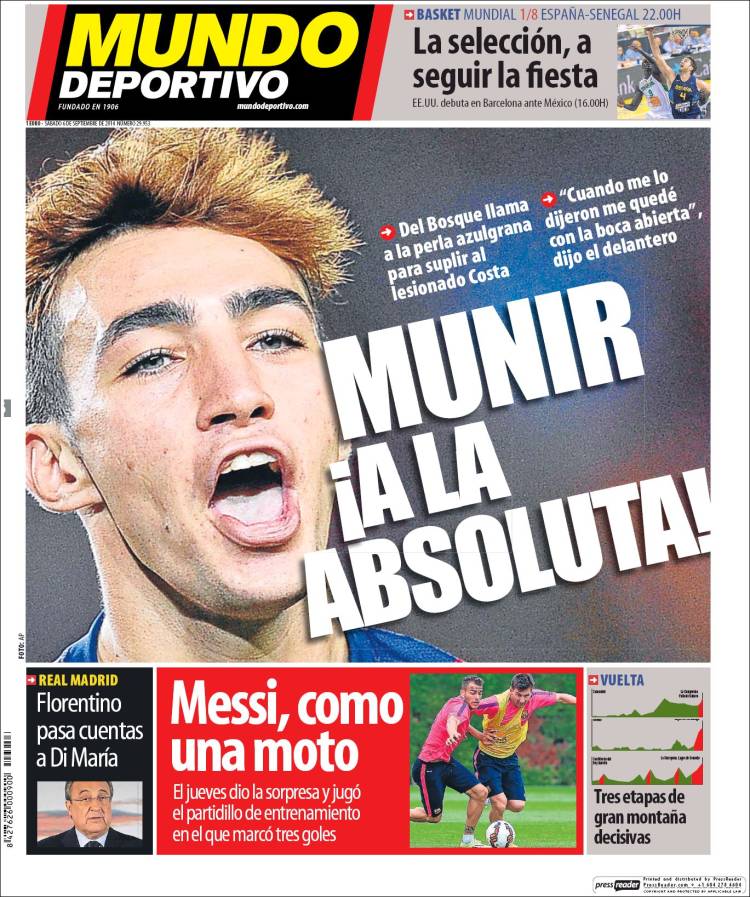 Munir into the national team!

“When they told me I was left open-mouthed,” said the striker

Messi like a motorbike. On Thursday he caused a surprise and played a practice match in training in which he scored three goals