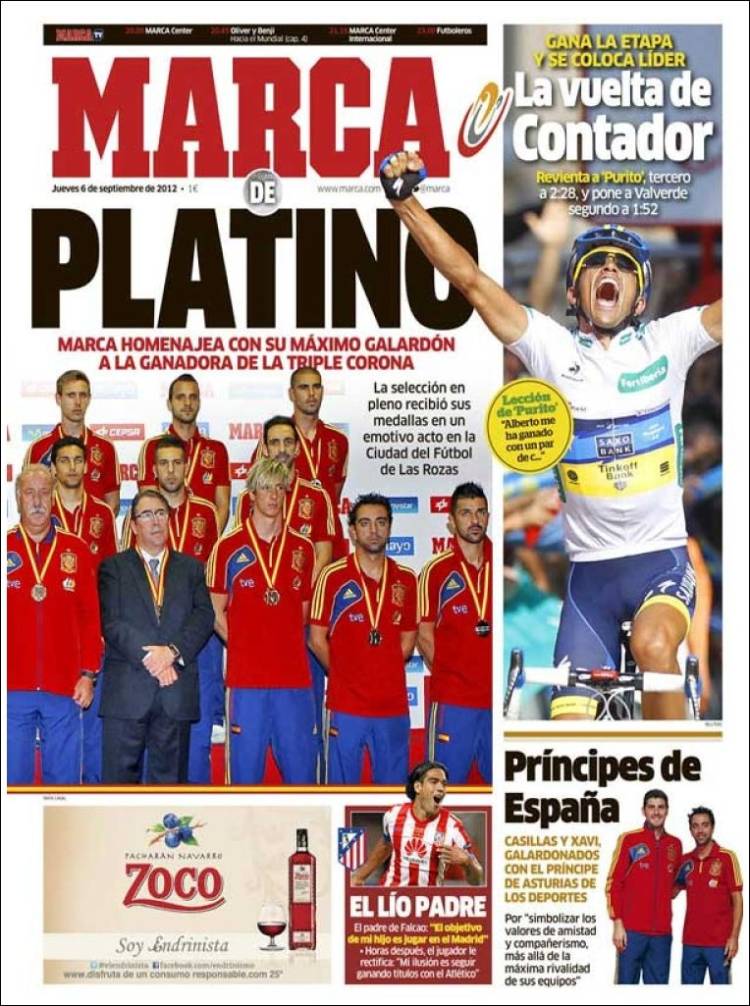 A father's mess - Falcao's father: "My son's ambition is to play for Real Madrid"

Hours later the player rectifies it: "I hope to continue winning titles with Atletico"

Princes of Spain: Casillas and Xavi, recipients of the Prince of Asturias award for sport 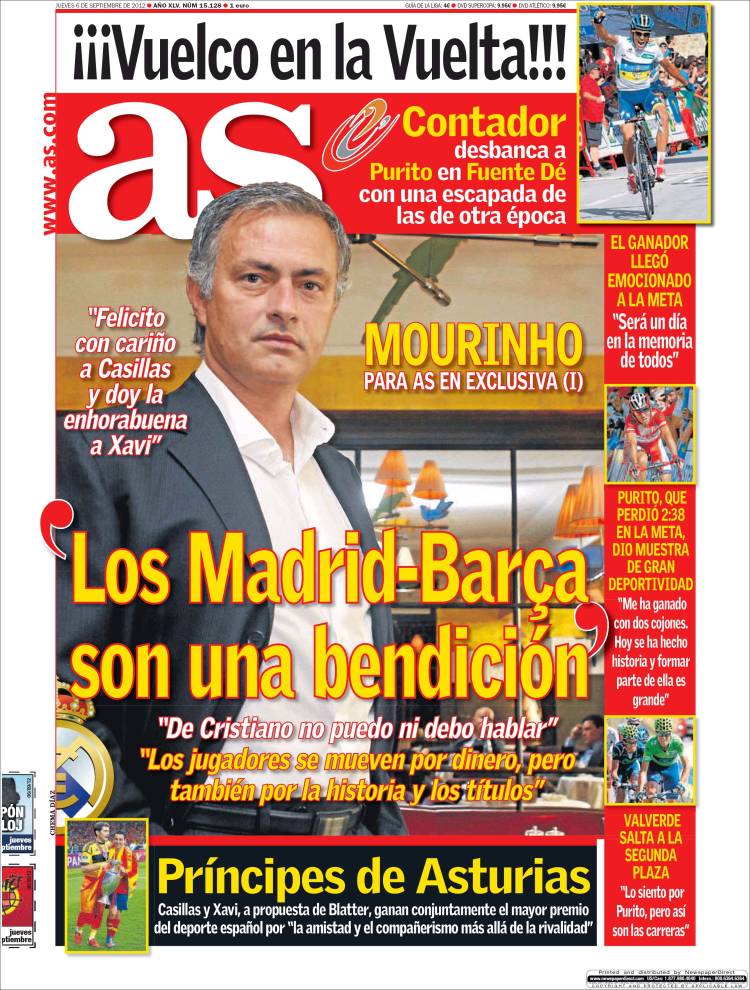 Mourinho speaks exclusively to AS (part 1)

"Madrid-Barca games are a blessing"

"I can't and don't want to say anything about Cristiano"

"Players move for money but also for history and titles"

Casillas and Xavi, at Blatter's suggestion, are joint winners of the biggest prize in Spanish sport for 'their friendship and companionship above any rivalry' 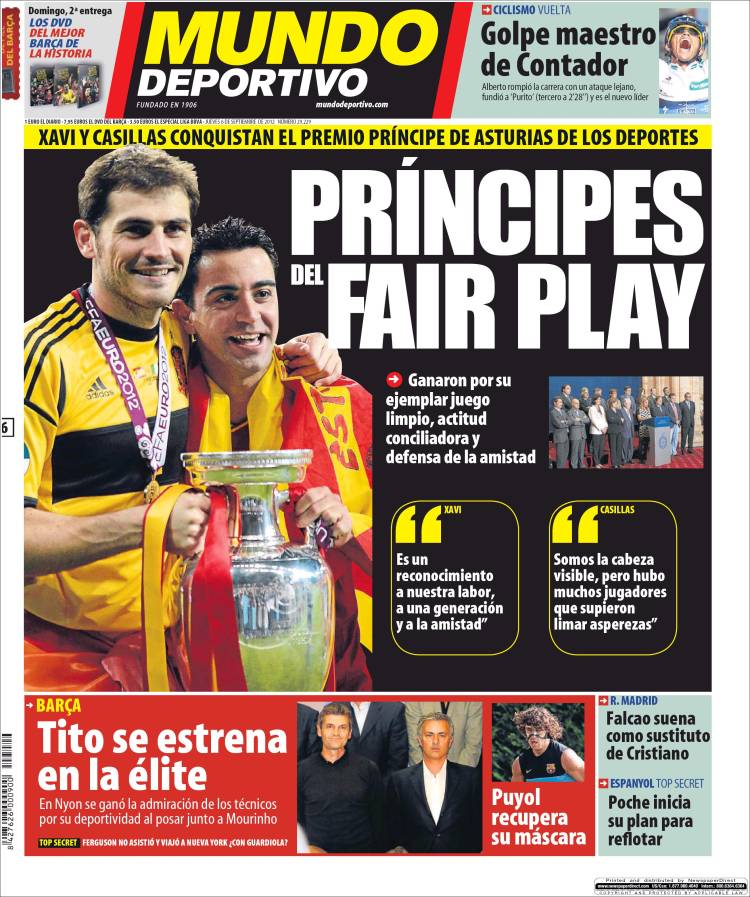 Xavi and Casillas win the Prince of Asturias award for sport

They win for their examples of fair play, conciliatory attitude and defence of friendship

Xavi: "It is recognition for our work, to a generation of friendship"

Casillas: "We are role models but there were a lot of players who knew how to behave"

Tito emerges with the elite: in Nyon he wins the admiration of the coaches for his sportsmanship in posing next to Mourinho

Puyol gets his mask back

Falcao dreams of being Cristiano's replacement