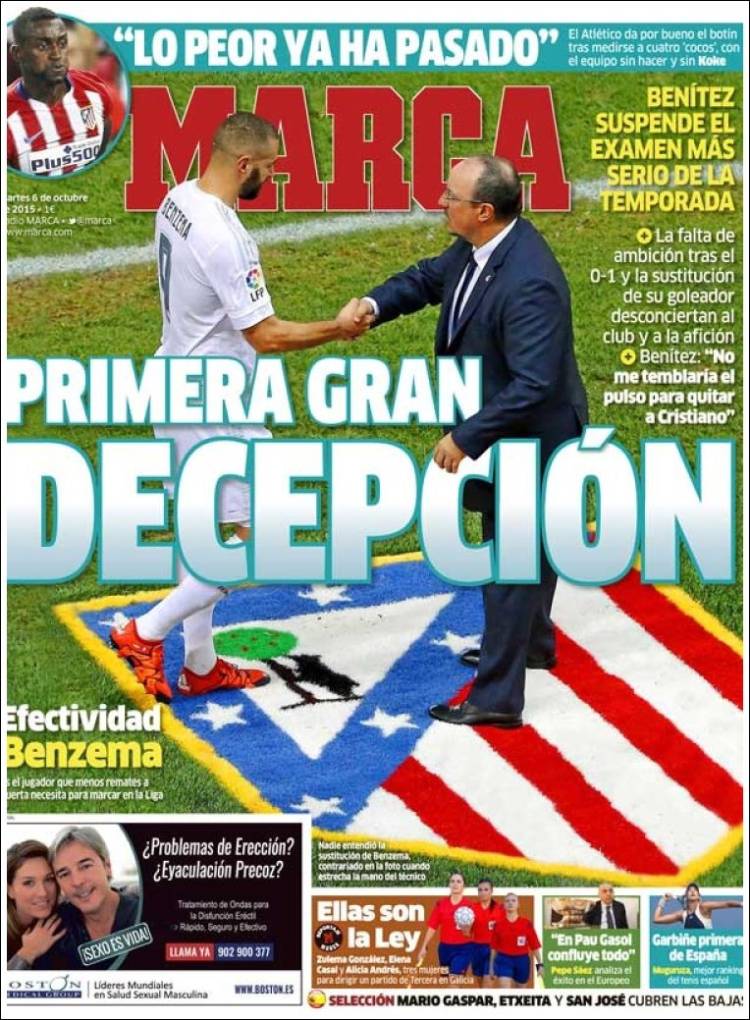 Benitez fails the most serious examination of the season

“The worst has already passed” 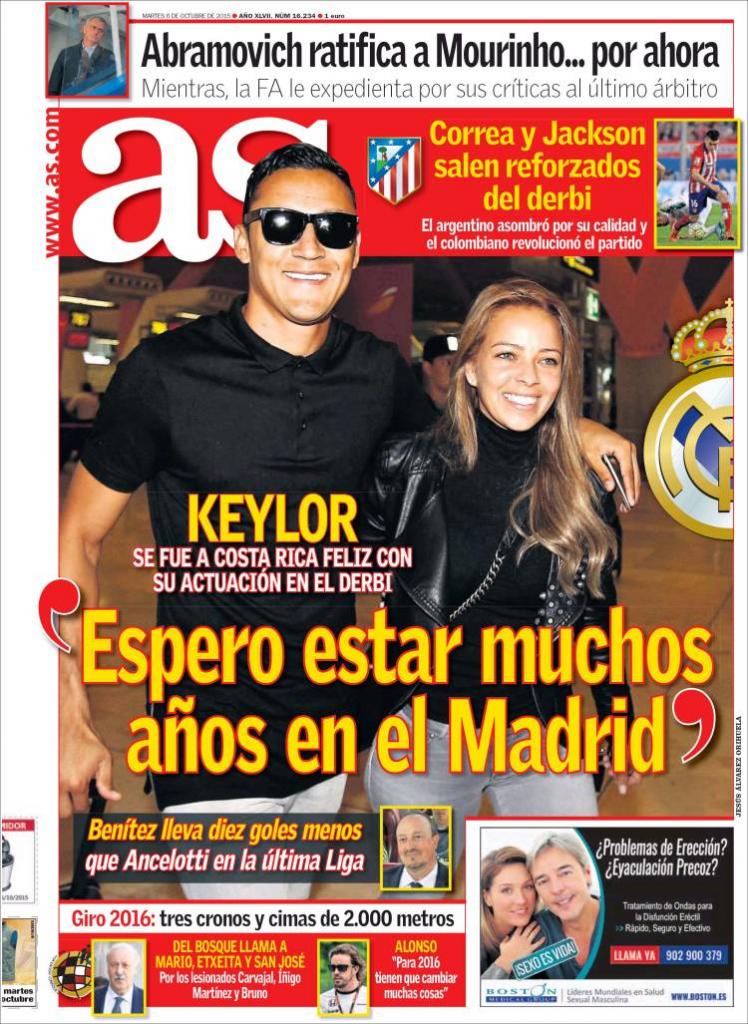 Goes to Costa Rica happy with his performance in the derby

‘I hope to have many years in Madrid’

Benitez has 10 fewer goals than Ancelotti in the last League

Meanwhile, the FA calls him for his criticism of the last referee

For injuries to Carvajal, Inigo Martinez and Bruno 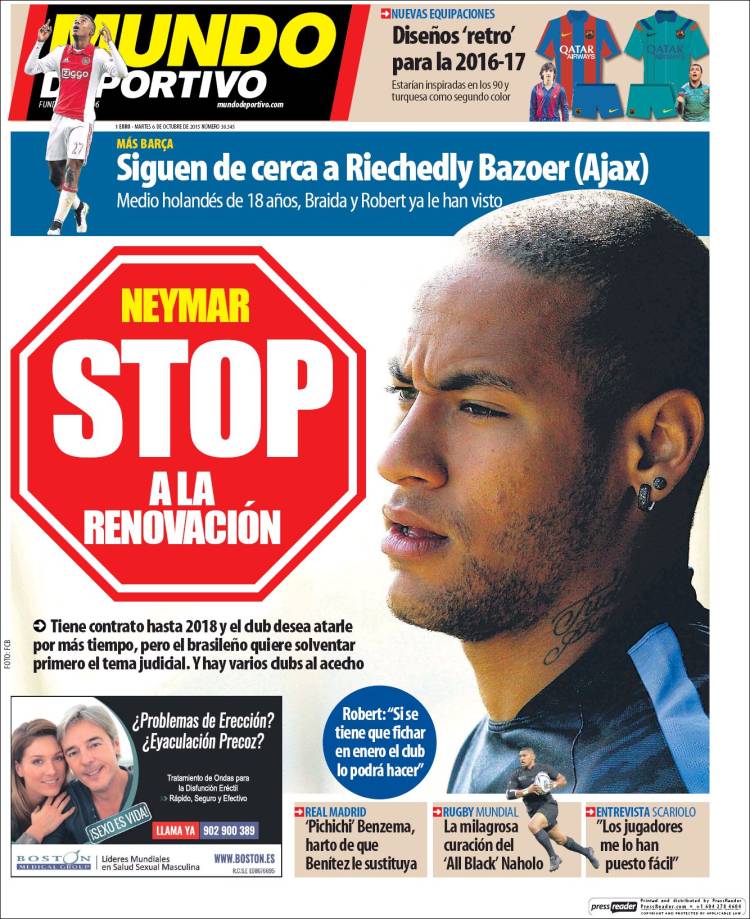 He has a contract until 2018 and the club want to tie him for much longer, but the Brazilian first wants to solve the legal issue. And there are several clubs on the prowl

18-year-old Dutch midfielder, Braida and Robert have already watched him

Robert: ‘If it’s necessary to sign in January, then the club will’

‘Pichichi’ Benzema, fed up with Benitez replacing him