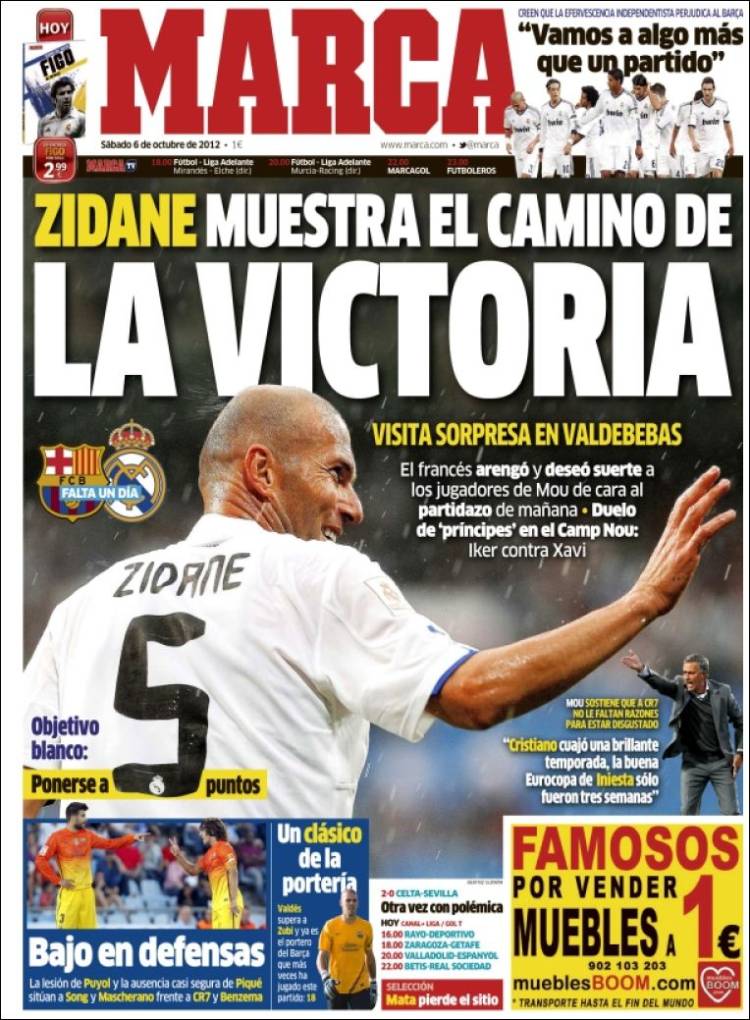 Zidane shows the way to victory

Duel between the 'princes' in the Camp Nou: Iker versus Xavi

Mourinho insists CR7 has no reason to feel tired

Los Blancos objective - to reduce the gap to five points

The players believe the calls for independence could harm Barcelona

"We are going to something more than a match" 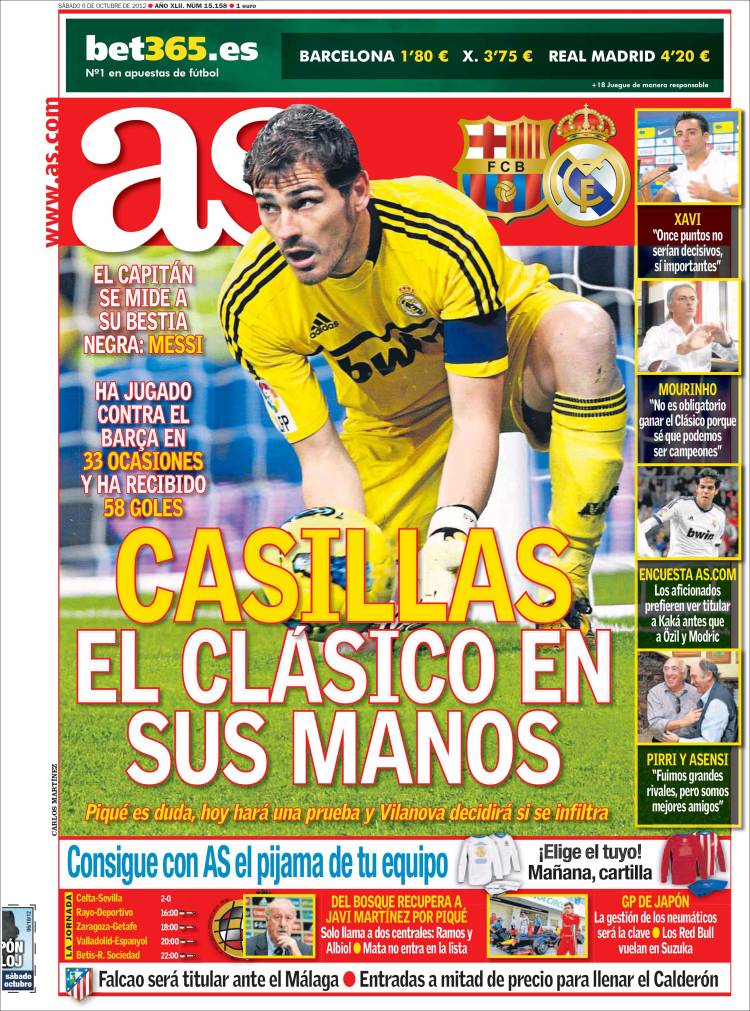 Casillas - El Clasico in his hands

He has played against Barca 33 times and conceded 58 goals

Pique is a doubt. He will have a fitness test today and Vilanova will decide if he comes in

Mourinho: "We are not obliged to win El Clasico because I know we can be champions"

Pirri and Asensi: "We were great rivals but we are best friends"

He only picks two centre-backs - Ramos and Albiol

Mata is not in the squad

Falcao will be in the starting line-up against Malaga

Tickets at half price to fill the Calderon 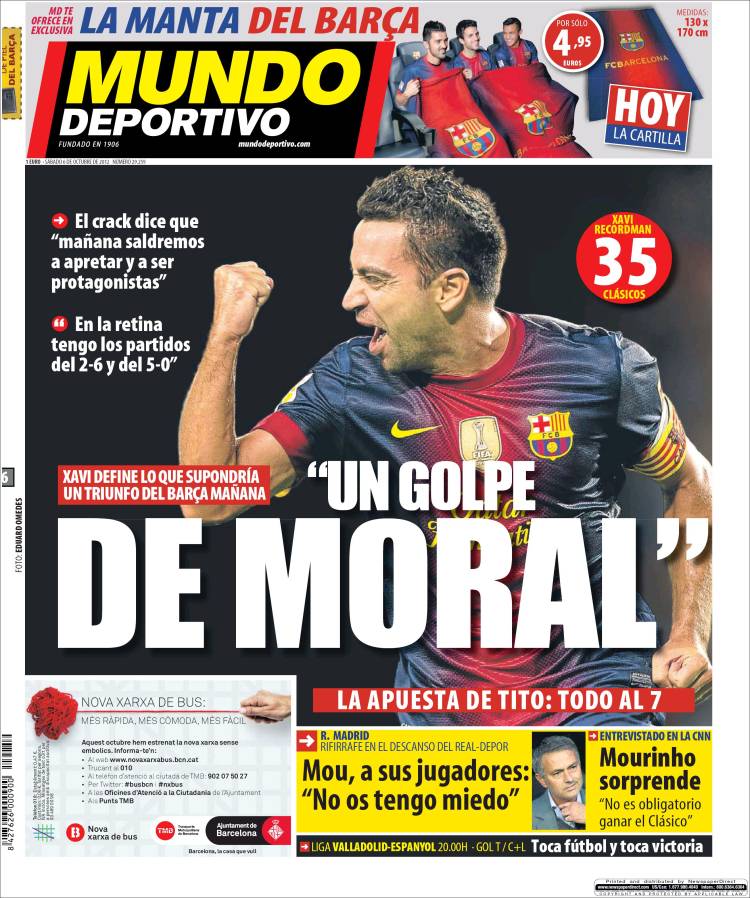 Xavi determines what he hopes will be a Barcelona triumph tomorrow

Argument at half-time in the Real-Depor game - Mourinho: "I'm not frightened of you"

Mourinho surprise: "We are not obliged to win El Clasico"