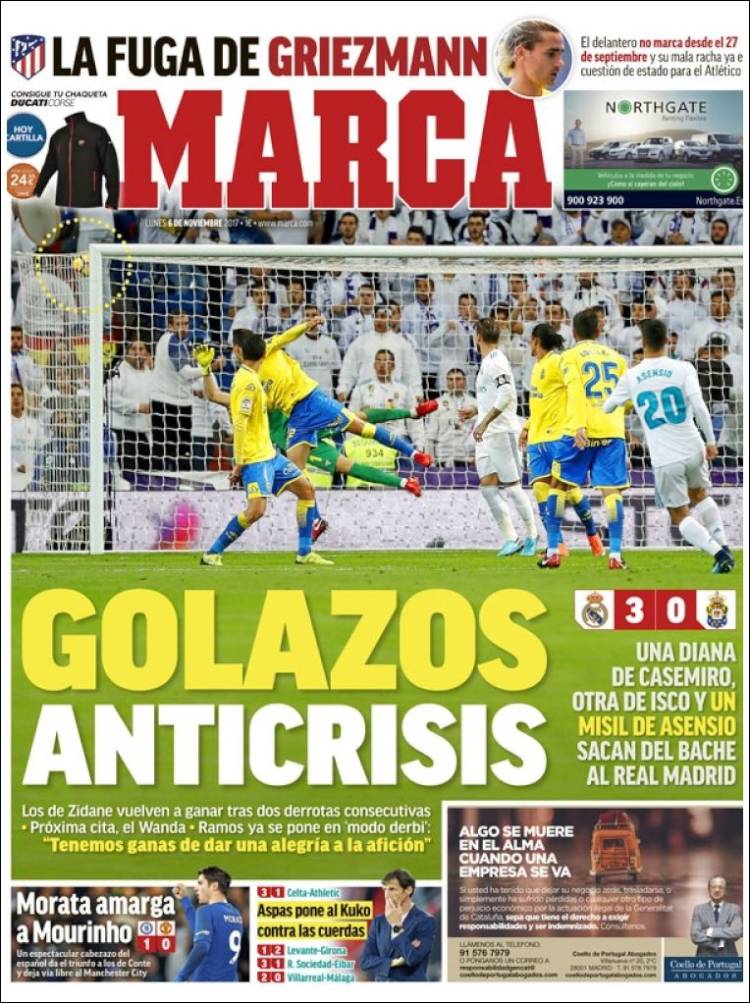 A bullseye for Casemiro, another for Isco and a missile for Asensio get Real Madrid out of a hole

Next date, the Wanda

Ramos is already in ‘derby mode’

“We want to give joy to the fans”

Aspas puts Kuko against the ropes 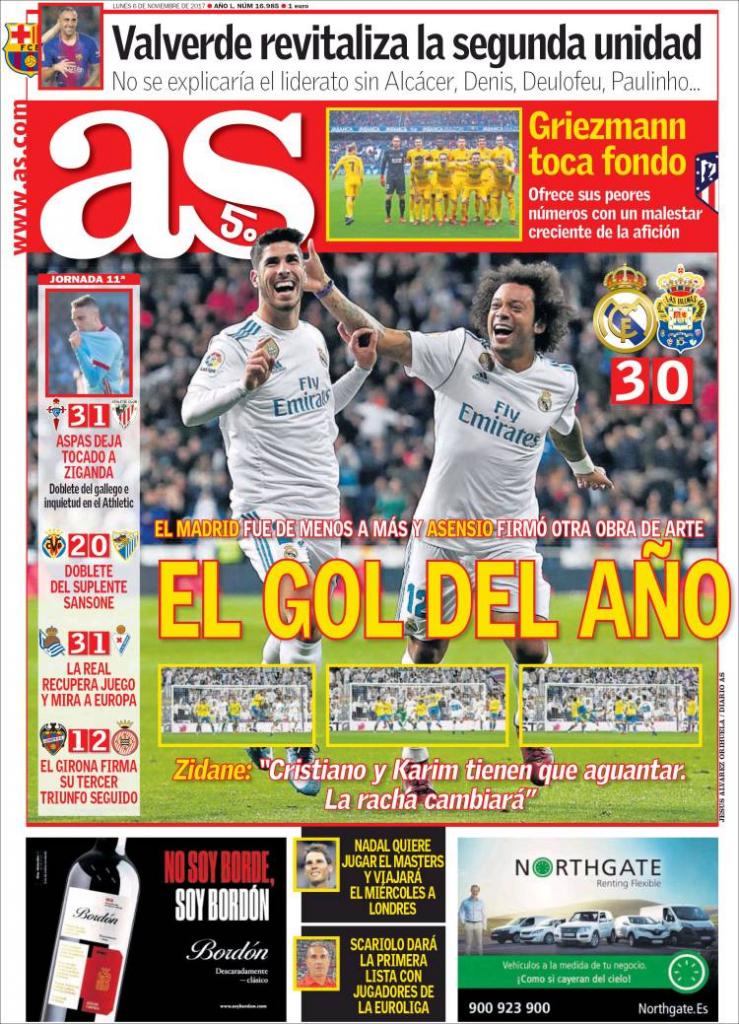 He offers his worst numbers with increasing discomfort of the fans

Goal of the year

Zidane: “Cristiano and Karim have to endure. The streak will change.”

The Galician’s double and restlessness at Athletic

La Real recover their game and look to Europe 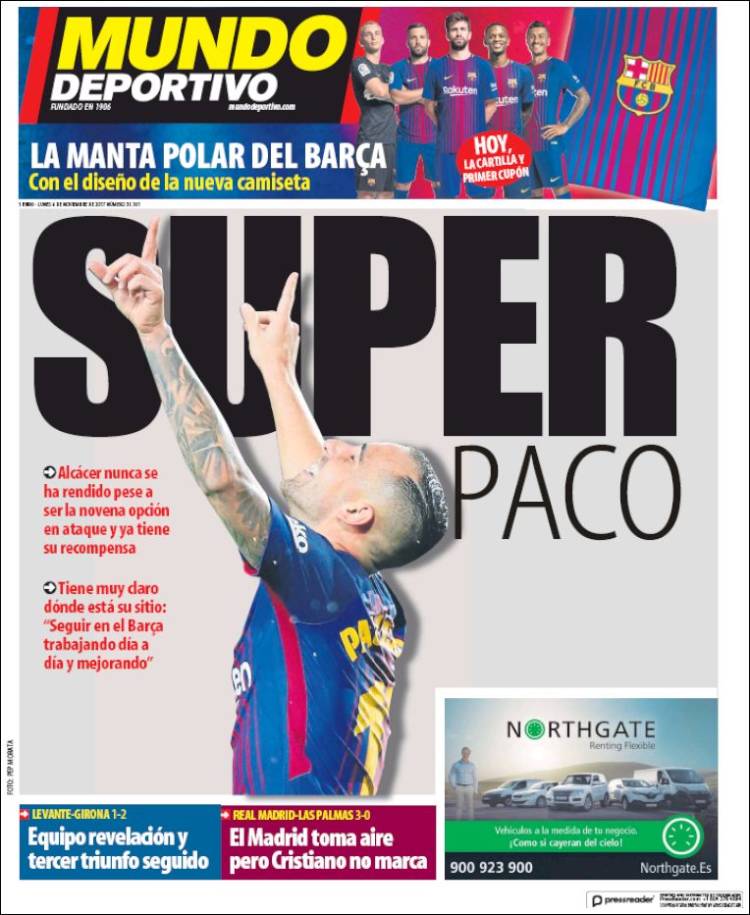 He is very clear about his situation: “To continue at Barca working day by day and improving”

The revelation team and a third straight win