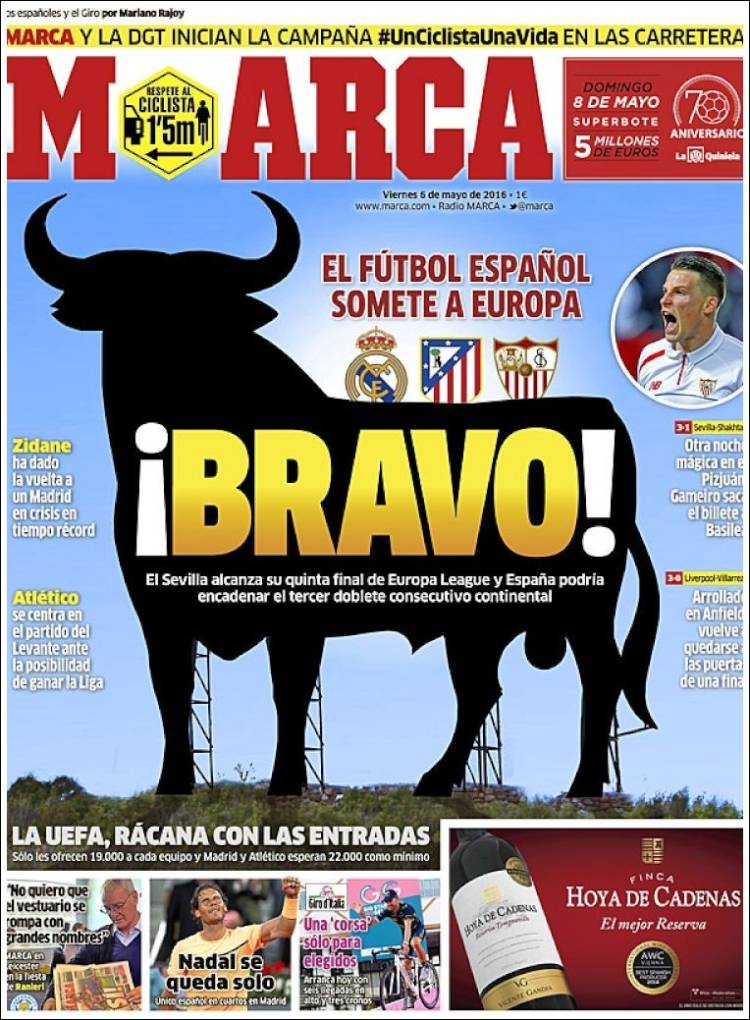 Zidane has turned around a crisis in record time

Another magic night at the Pizjuan

Gameiro books the ticket to Basel

UEFA, stingy with the tickets 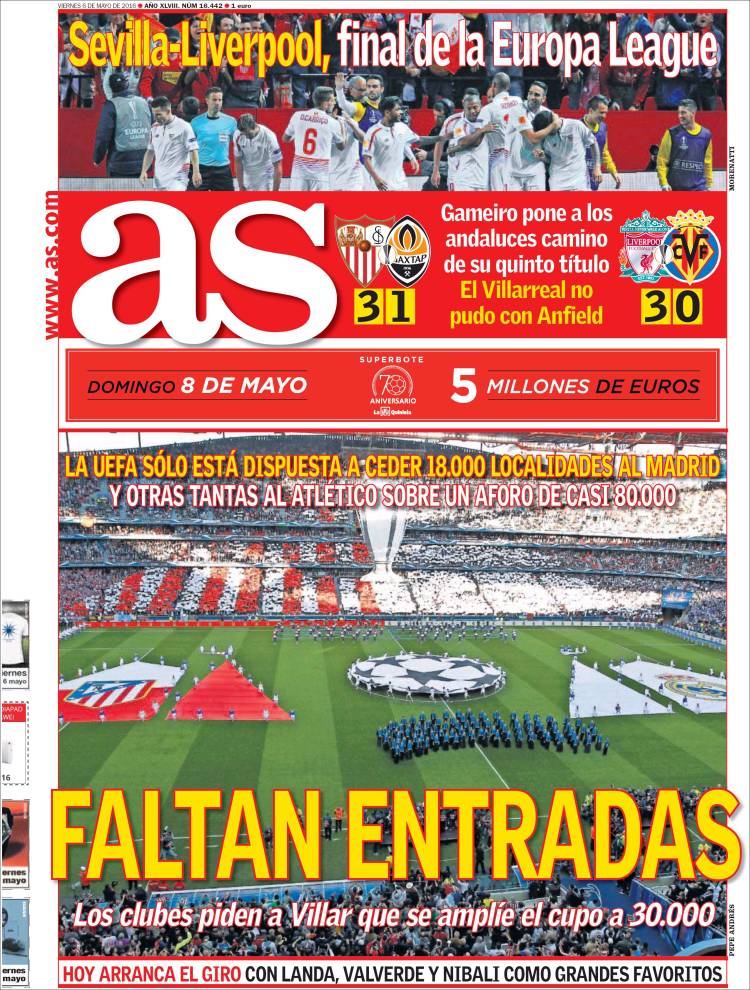 Gameiro puts the Andalusians on the road to their fifth final

The clubs ask Villar the quota be extended to 30,000 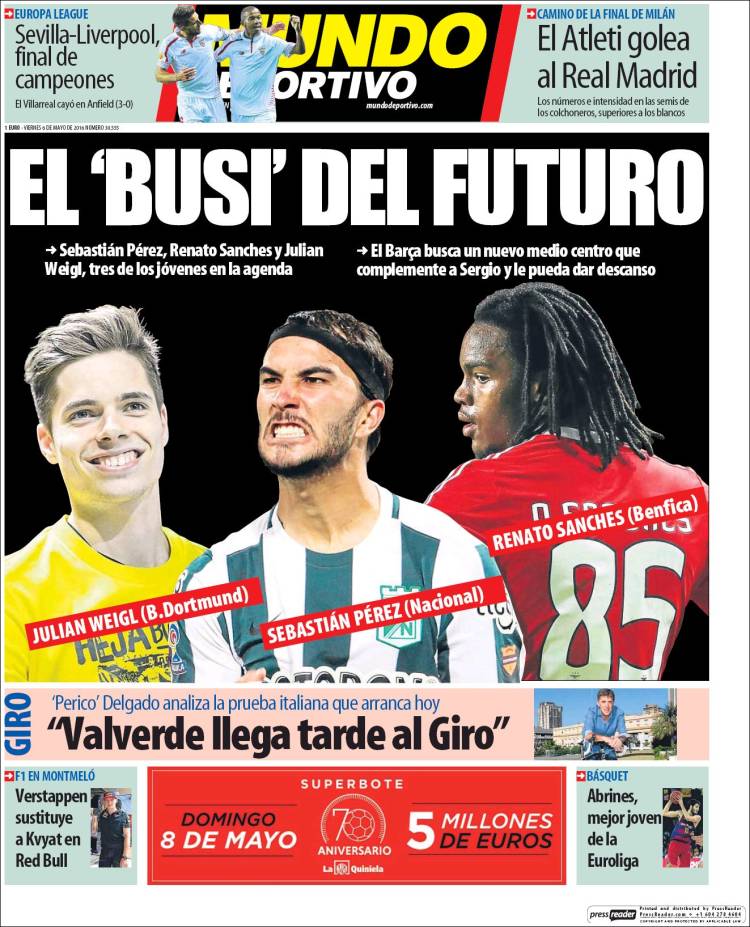 Road to the final in Milan

Los Colchoneros numbers and intensity in the semi-finals, superior to Los Blancos

The ‘Busi’ of the future