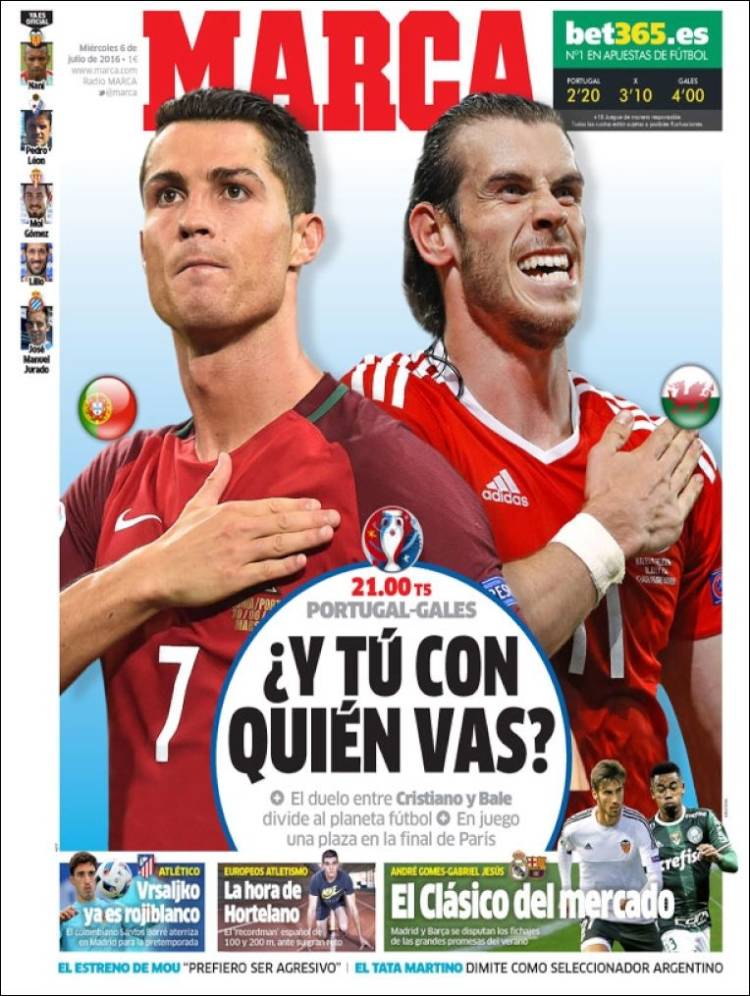 Who do you go with?

The duel between Cristiano and Bale divides planet football

A place in the final in Paris is at stake

Clasico in the transfer market

The debut of Mou

“I prefer to be aggressive” 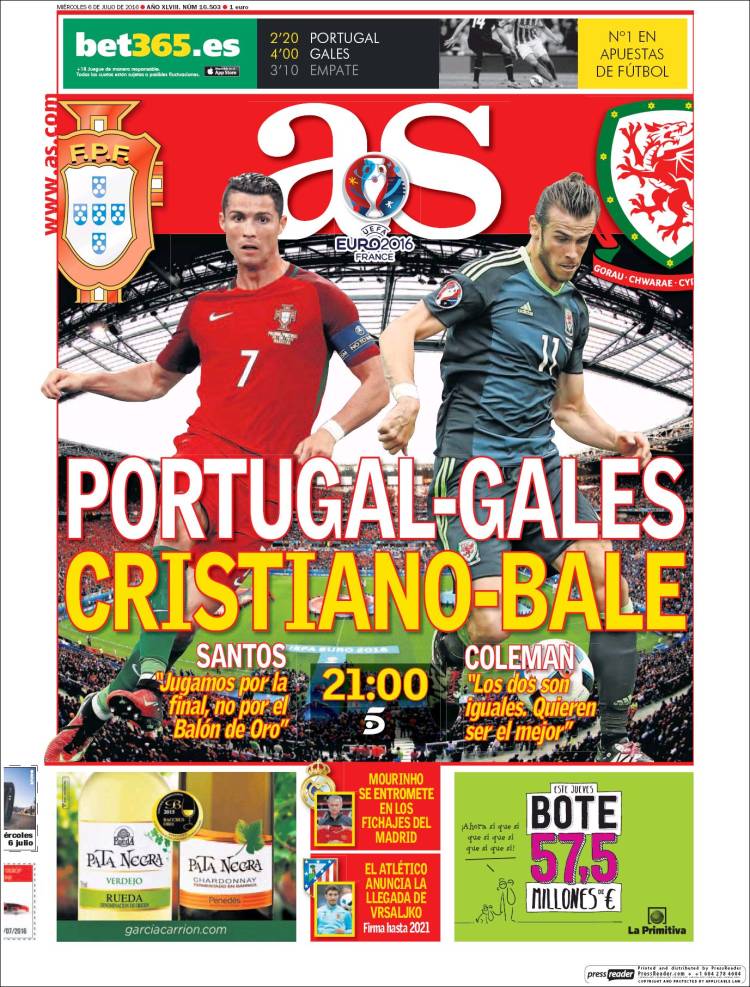 “Playing for the final, not the Ballon d’Or”

“The two of them are the same. They want to be the best.”

Atletico announce the arrival of Vrsaljko 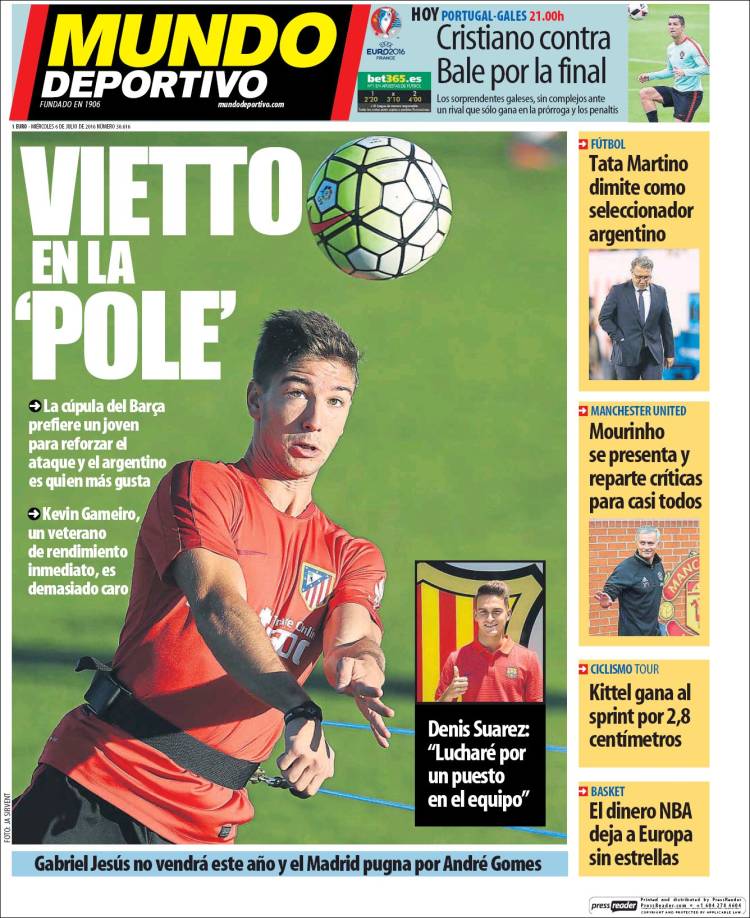 Cristiano against Bale for the final

The surprising Welsh, without complexes against a rival who only wins in extra time and on penalties

Vietto in the ‘pole’

Kevin Gameiro, a veteran of immediate performance, is too expensive

Denis Suarez: “I will fight for a place in the team”

Mourinho is presented and gives out criticism to almost everyone