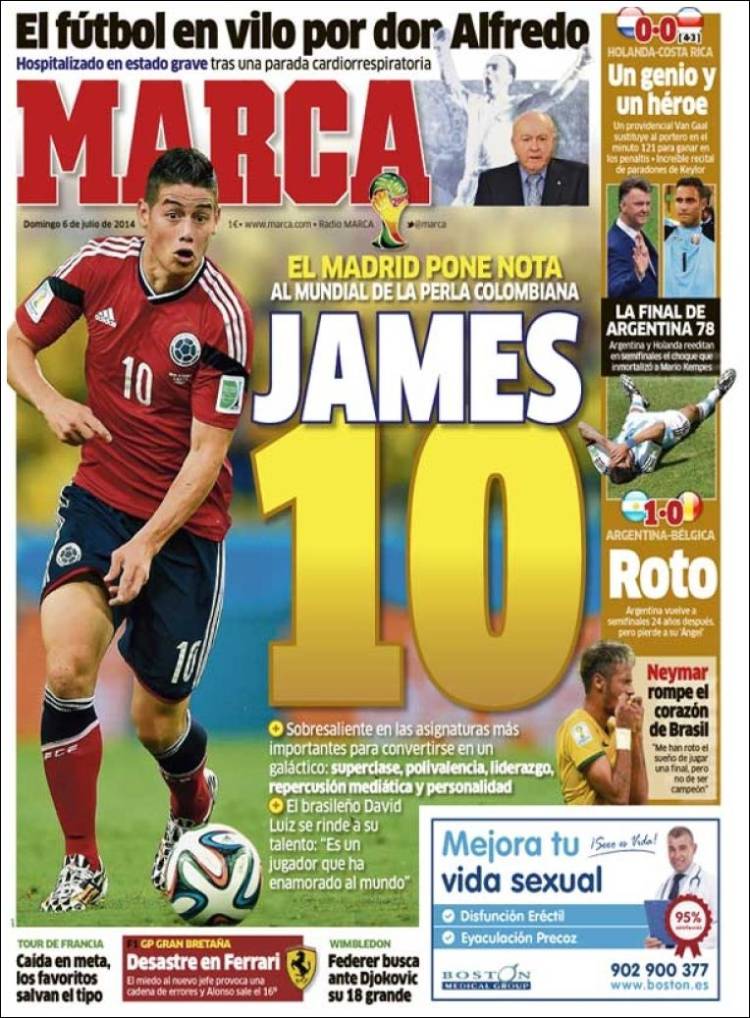 Outstanding in the most important subjects to become a galactico: Class, interchangeable, leadership, immediate impact and personality

The Brazilian David Luiz pays tribute to his talent: “He is a player that has captured the affection of the world”

Football in suspense for Don Alfredo

Hospitalized in a serious state after a cardiac arrest

A genius and a hero, a decisive Van Gaal substitutes his goalkeeper in the 121st minute to win penalties.

Incredible performance of saves from Keylor

The final from Argentina ‘78

Neymar breaks the heart of Brazil 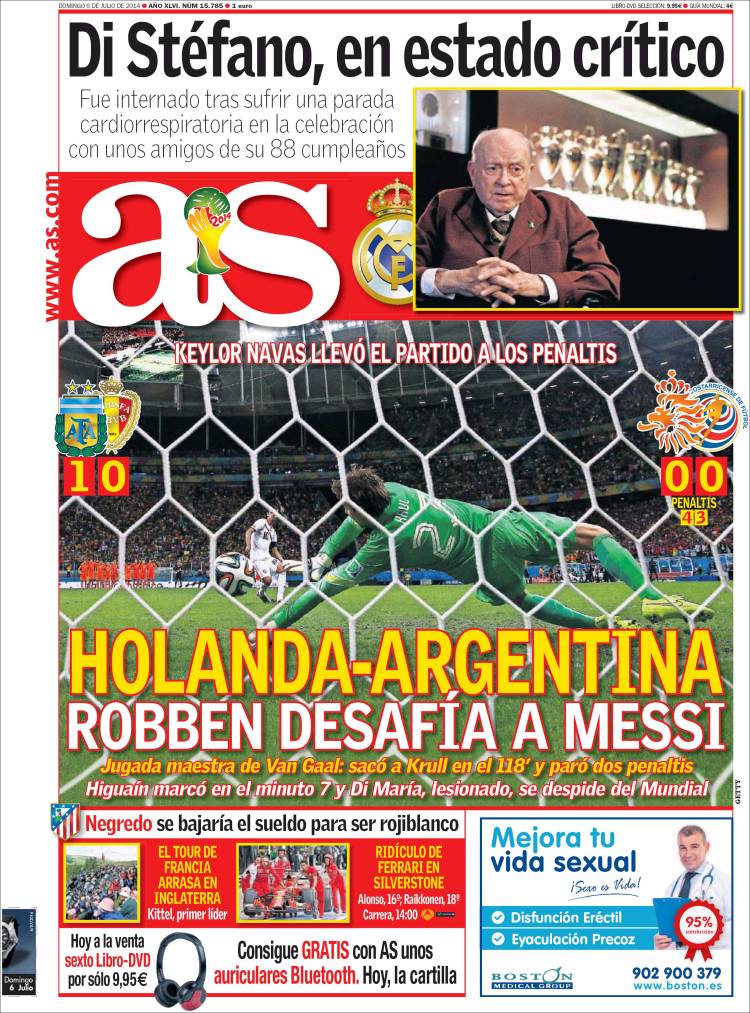 Van Gaal masterstroke: He brought on Krul in the 118th minute and saved two penalties

Di Stefano in a critical state

Negredo would take a pay cut to be a Rojiblanco 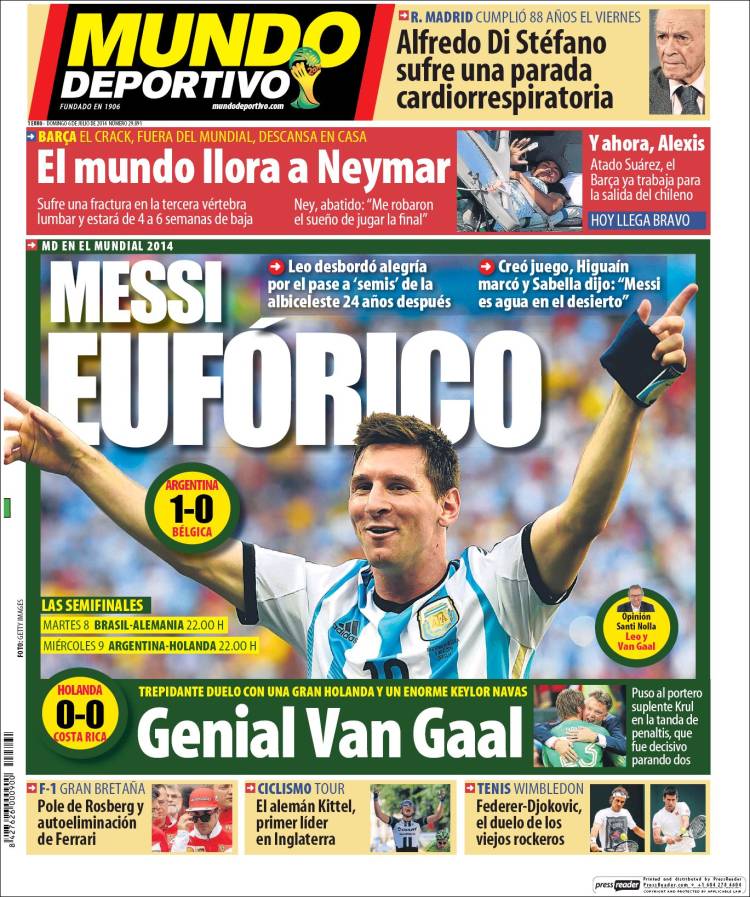 He creates play, Higuain scored and Sabella said: “Messi is water in the desert”

He put sub goalkeeper Krul on for penalties, who was decisive saving two

He turned 88 on Friday

The star out of the World Cup, rests at home

Suarez tied up, Barca already working on the exit of the Chilean