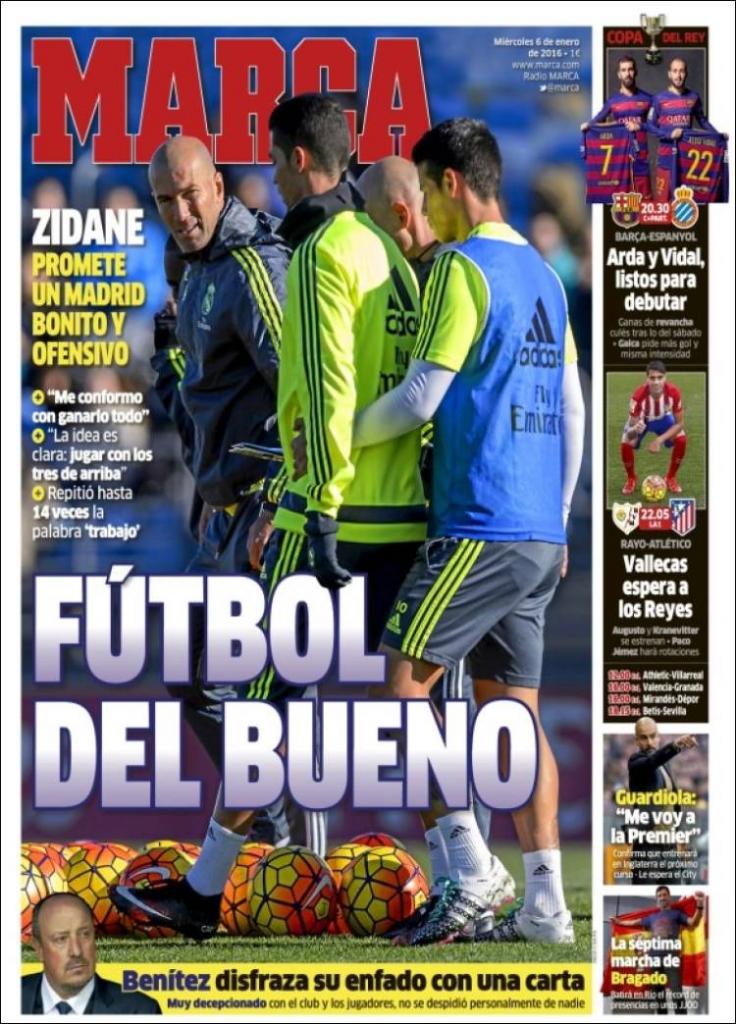 “I’d be happy to win everything”

“The idea is clear: Play with the three attackers”

Repeated up to 14 times the word “work”

Benitez disguises his anger with a letter

Very disappointed with the club and the players, didn’t say goodbye personally to anyone

Arda and Vidal, ready for debut

Cules looking for revenge after Saturday

Vallecas waits for the Kings

Augusto and Kranevitter for the first time

Confirms he will coach in England next season

City waits for him 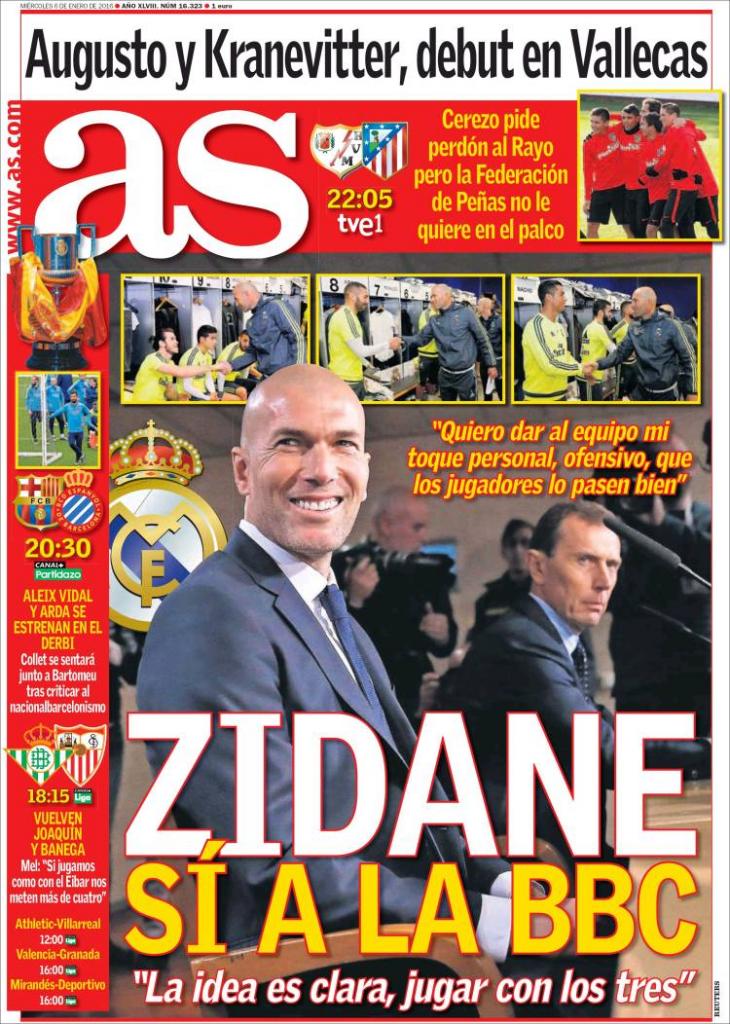 Augusto and Kranevitter, debut in Vallecas

“I want to give the team my personal touch, attacking, with the players passing well”

Yes to the BBC

“The idea is clear, play with the three”

Mel: “If we play as against Eibar, they’ll put more than four past us” 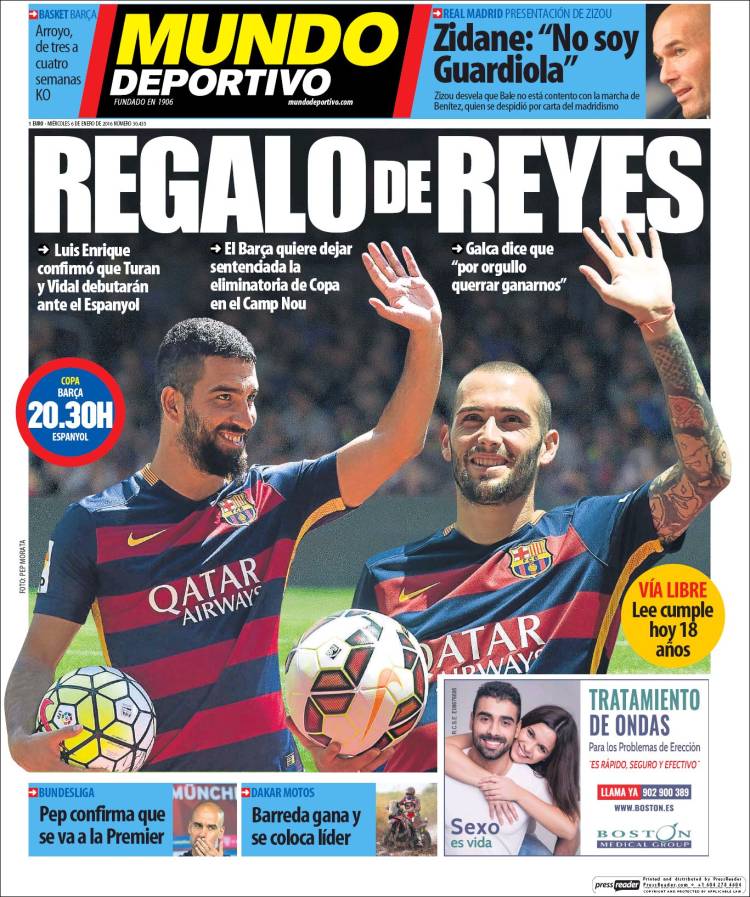 Zizou reveals that Bale is unhappy with the exit of Benitez, who said goodbye in a letter to Madrid fans

Luis Enrique confirms Turan and Vidal to debut against Espanyol

Barca want to decide the Cup tie at Camp Nou

Galca says that “pride has to be earned”

Pep confirms he is going to the Premier League