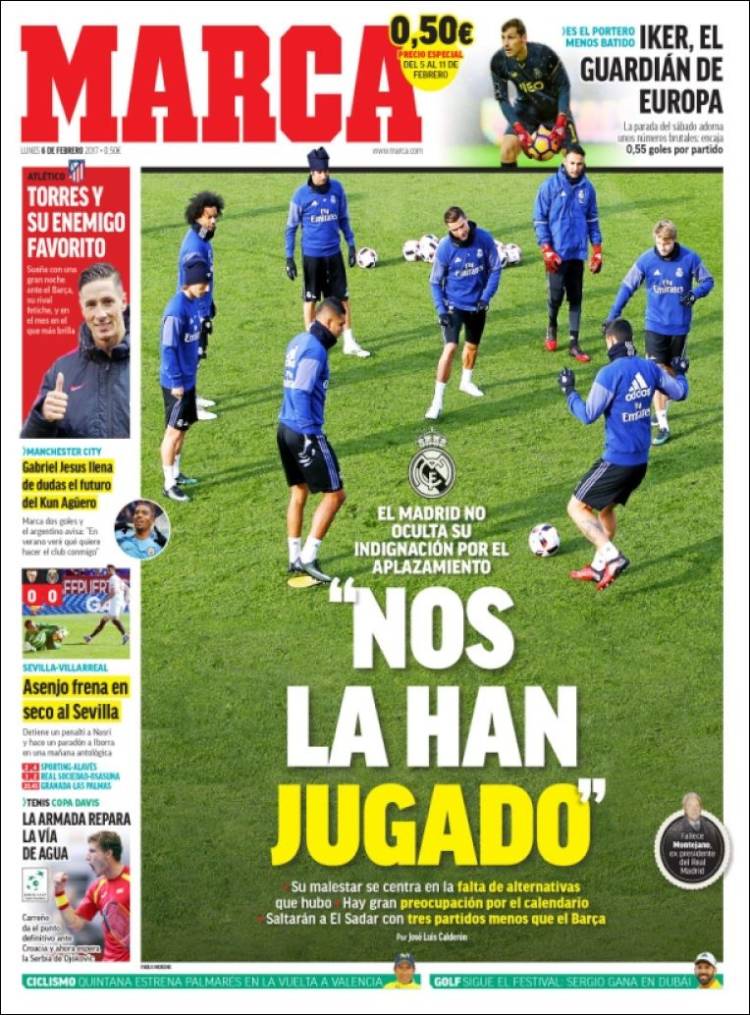 Iker, the guardian of Europe

Torres and his favourite enemy

Dreaming of a great night against Barca, his fetish rival and in the month that shines the most

Madrid don’t hide their indignation at the postponement

“They have played us”

Their discomfort is centred on the lack of alternatives there were

There is great concern about the calendar

Gabriel Jesus fills the doubts for the future of Kun Aguero

Asenjo puts the breaks on Sevilla 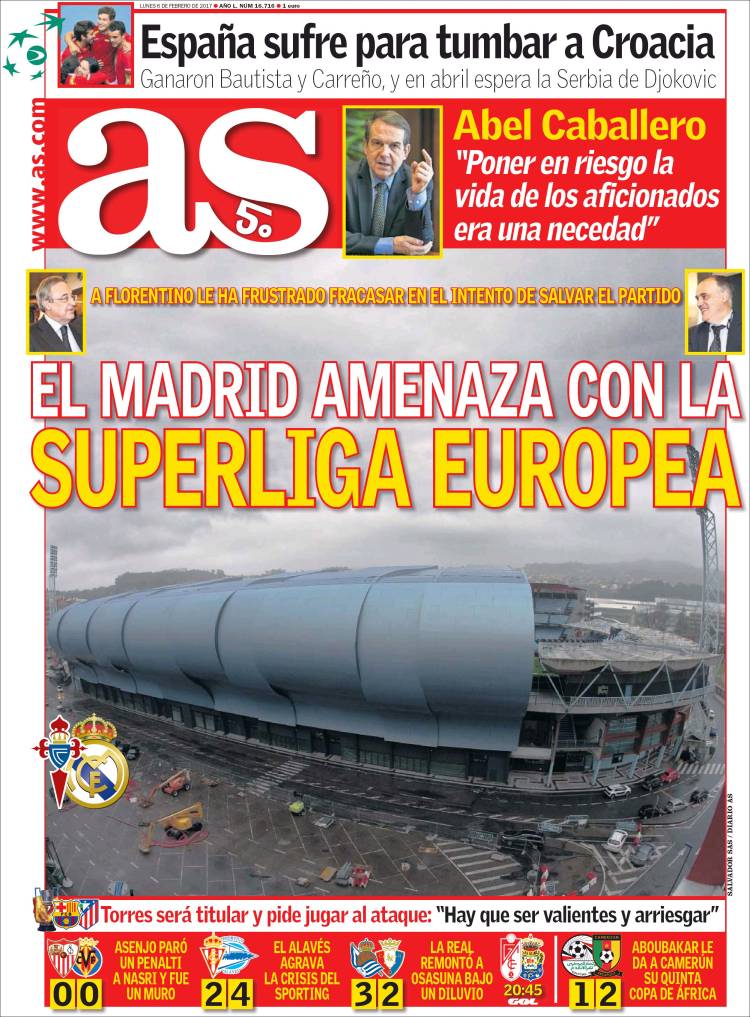 “Putting at risk the lives of the fans was idiocy”

Florentino frustrated to fail in attempts to save the game

Torres will start and asks to play in attack: “We have to be brave and take risks”

Asenjo saves Nasri’s penalty and was a wall 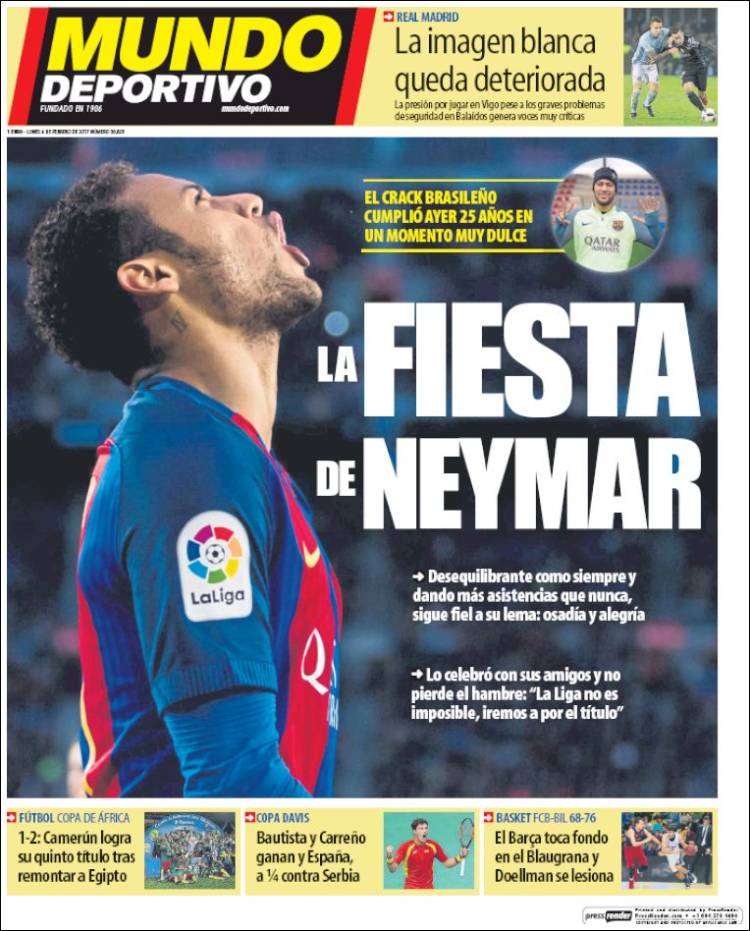 The Brazilian star turns 25 with a sweet moment

Dizzying as always and giving more assists than ever, still faithful to his motto: boldness and joy

1-2: Cameroon achieve their fifth title after a comeback against Egypt