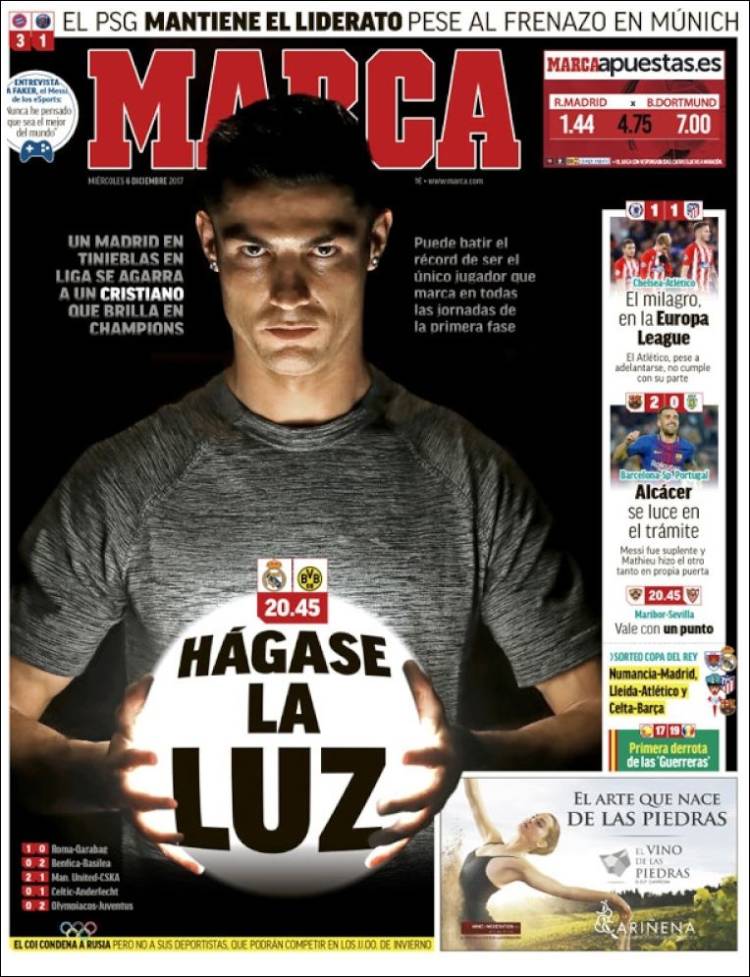 PSG maintain the leadership despite the sudden stop in Munich

Let there be light

The miracle, in the Europa League

Atletico, despite going ahead, doesn’t do its part

Alcacer shines in the process

OK with a point 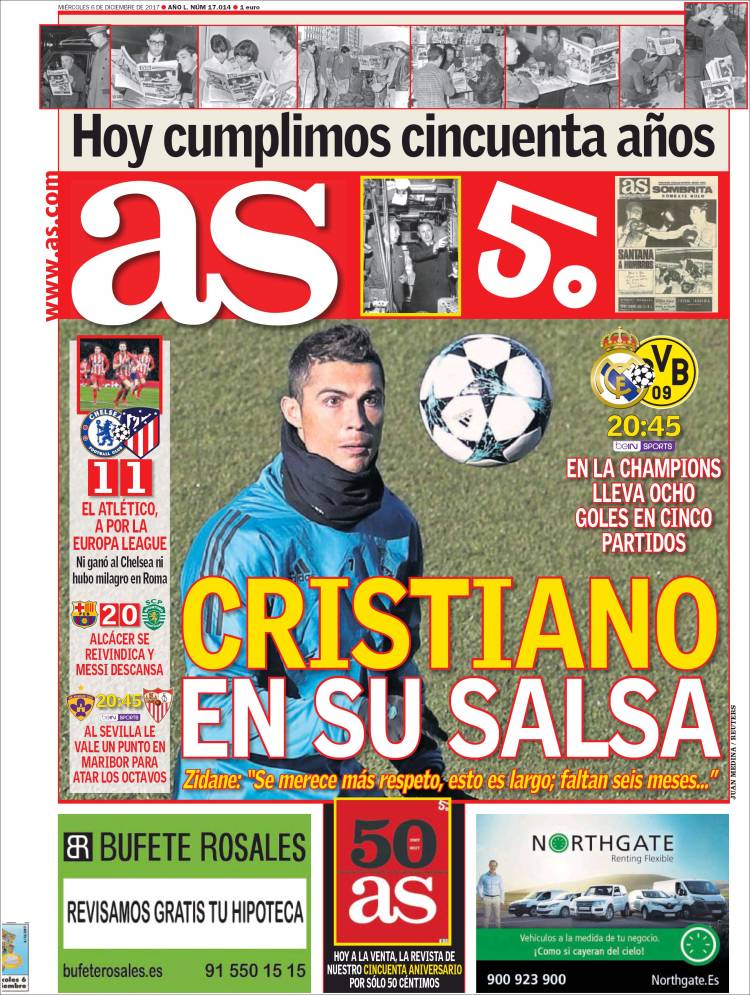 Today we are 50 years old

Cristiano in his element

Zidane: “He deserves more respect, there is a long time; six months to go…”

In the Champions League he has eight goals in five games

Atletico, for the Europa League

Alcacer is vindicated and Messi rests

Sevilla OK with a point at Maribor for the next round 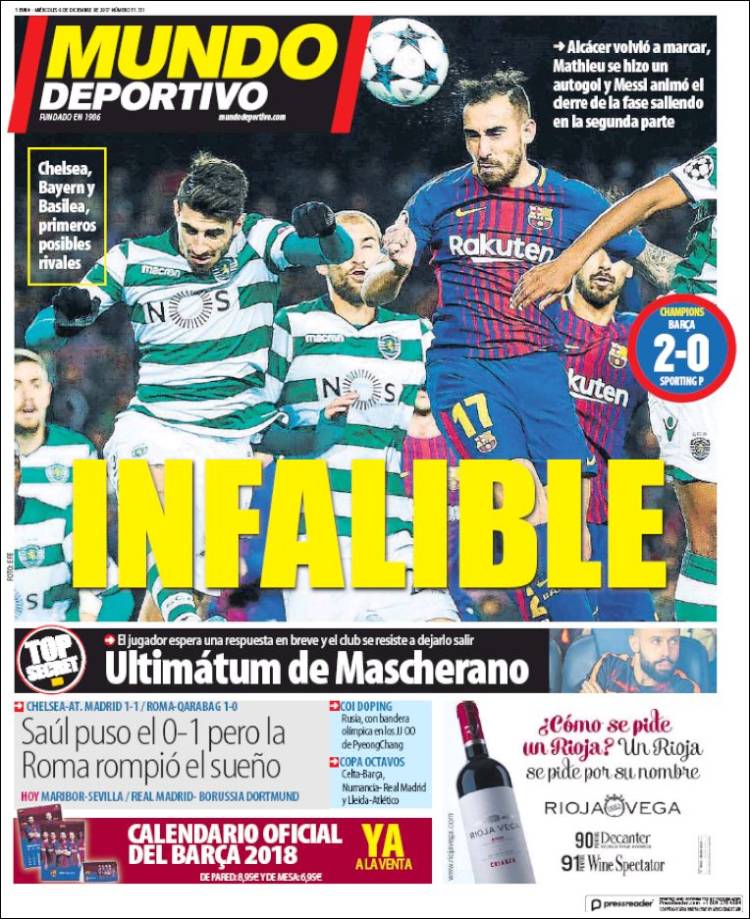 Alcacer returned to score, Mathieu scored an own goal and Messi and Messi cheered the end of the first phase in the second half

Saul makes it 0-1 but Roma break the dream