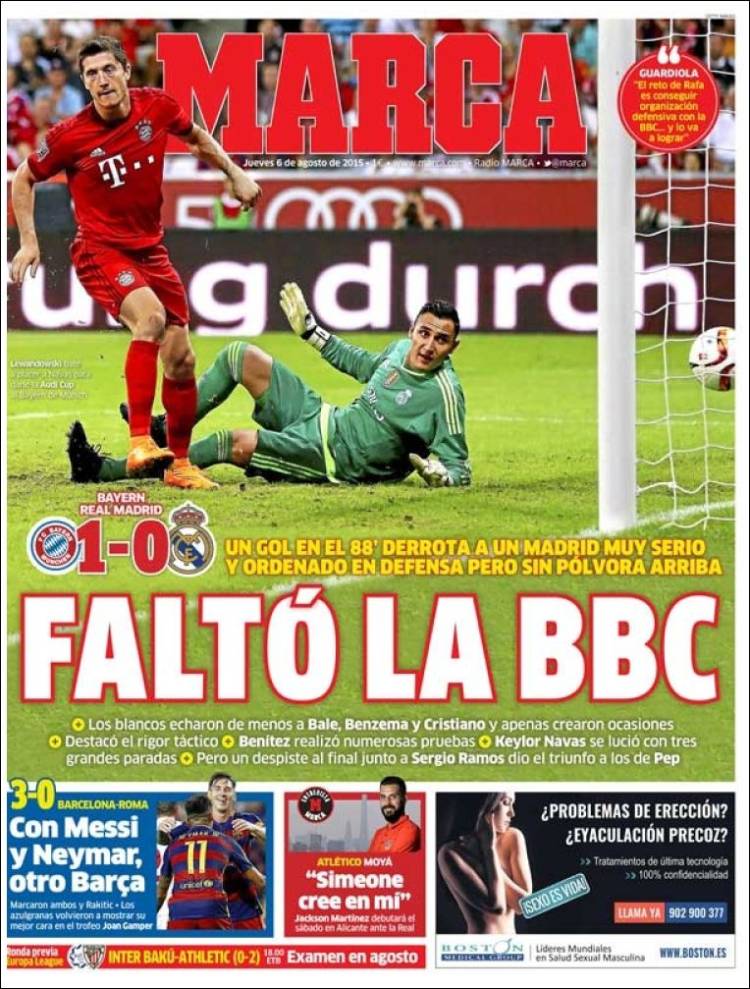 Guardiola: “Rafa’s challenge is getting defensive organisation with the BBC…and he’ll do it”

With Messi and Neymar, another Barca

Both scored and so did Rakitic

‘Simeone believes in me’

Jackson Martinez debuts on Saturday at Alicante before La Real 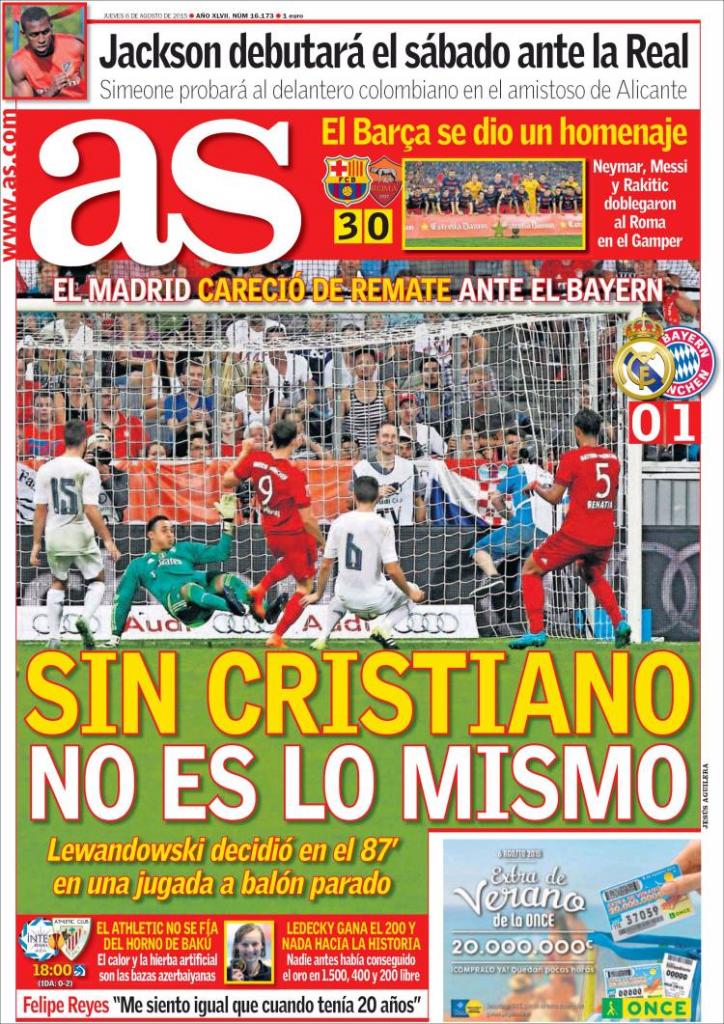 It’s not the same without Cristiano

Lewandowski decides in the 87th minute from a dead ball

Madrid lacked finishing in the loss to Bayern

Simeone will test the Colombian striker in a friendly in Alicante

Barca gave itself a tribute

Neymar, Messi and Rakitic break Roma in the Gamper

Athletic aren’t relying on the furnace of Baku

The heat and artificial pitch are Azerbaijani advantages 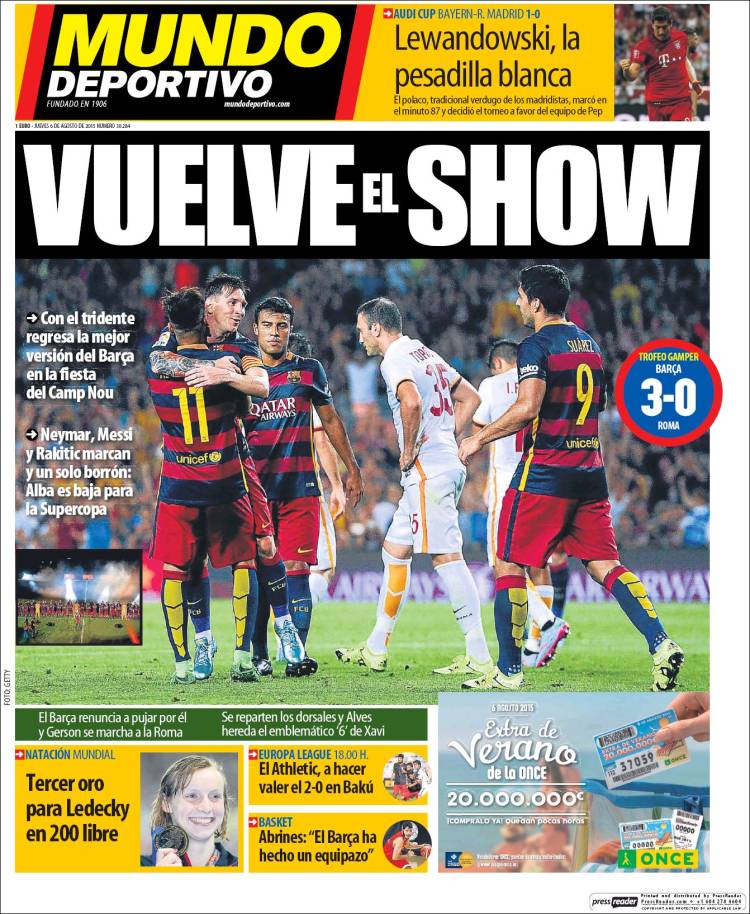 Neymar, Rakitic and Messi score with a single blot: Alba is out for the Super Cup

The Pole, traditionally the executioner of Real Madrid, scored in the 87th minute and decided the tournament in favour of Pep’s team

Athletic to make the 2-0 valuable in Baku