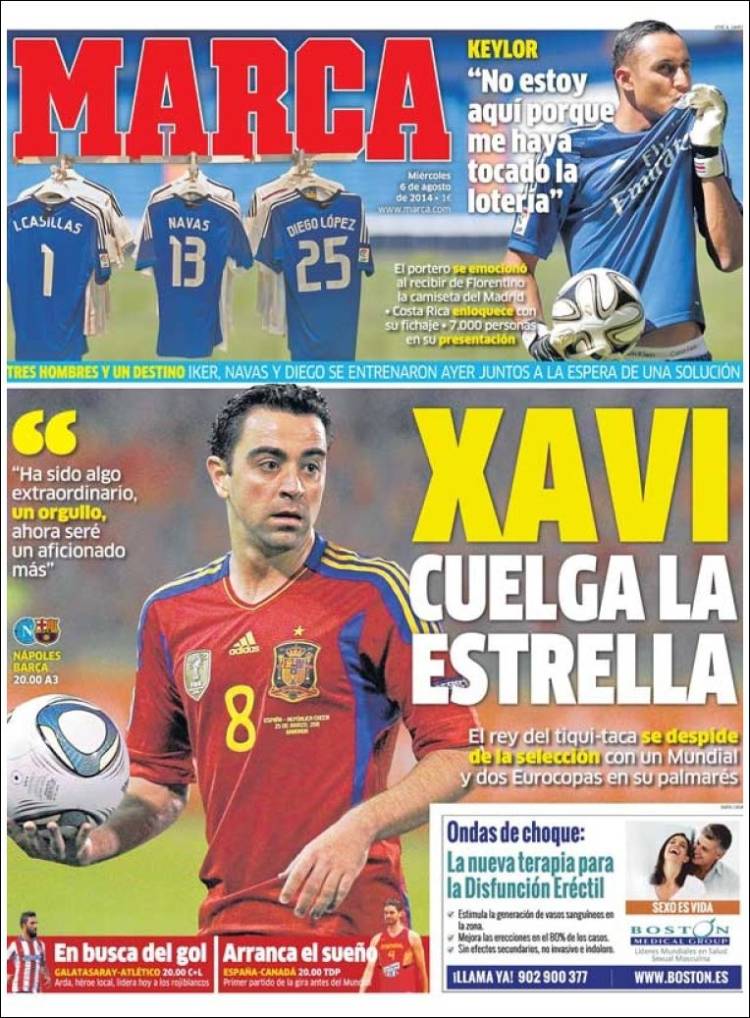 Xavi hangs up his boots

'It has been extraordinary, an honour, now I will be just another fan'

Keylor: 'I am not here because I won the lottery'

The goalkeeper was excited when receiving the Madrid shirt from Florentino

7,000 people at his presentation

Three men and one challenge

Iker, Navas and Diego trained together yesterday with the hope of a solution

In search of a goal 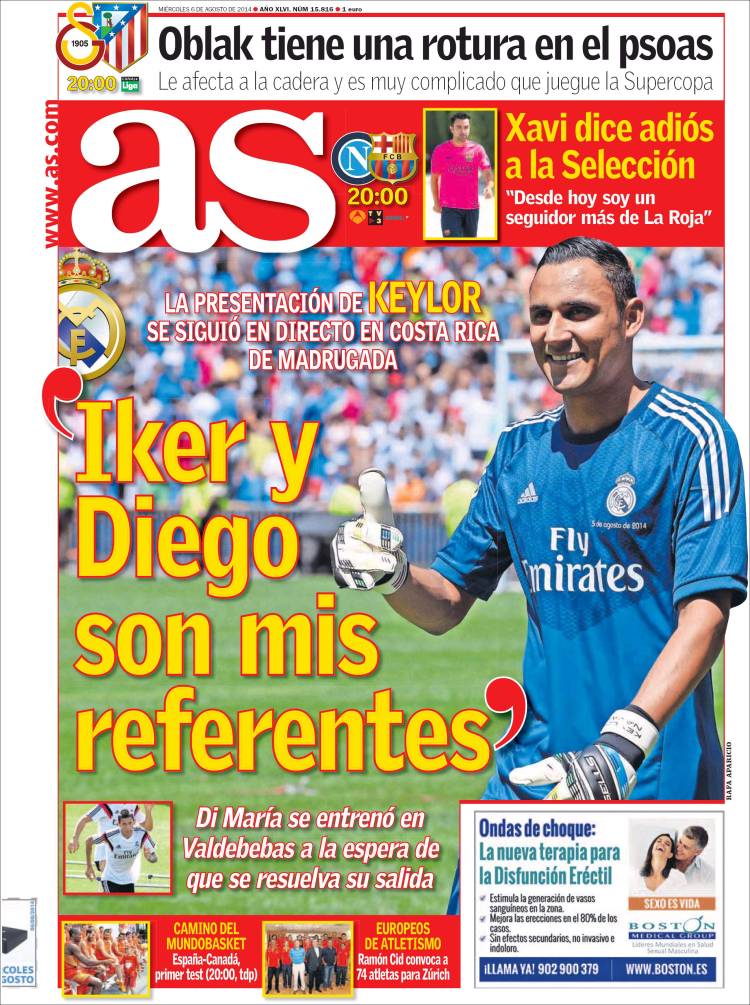 'Iker and Diego are my guides'

Oblak has a break in his psoas

'From today, I am just another fan of La Roja' 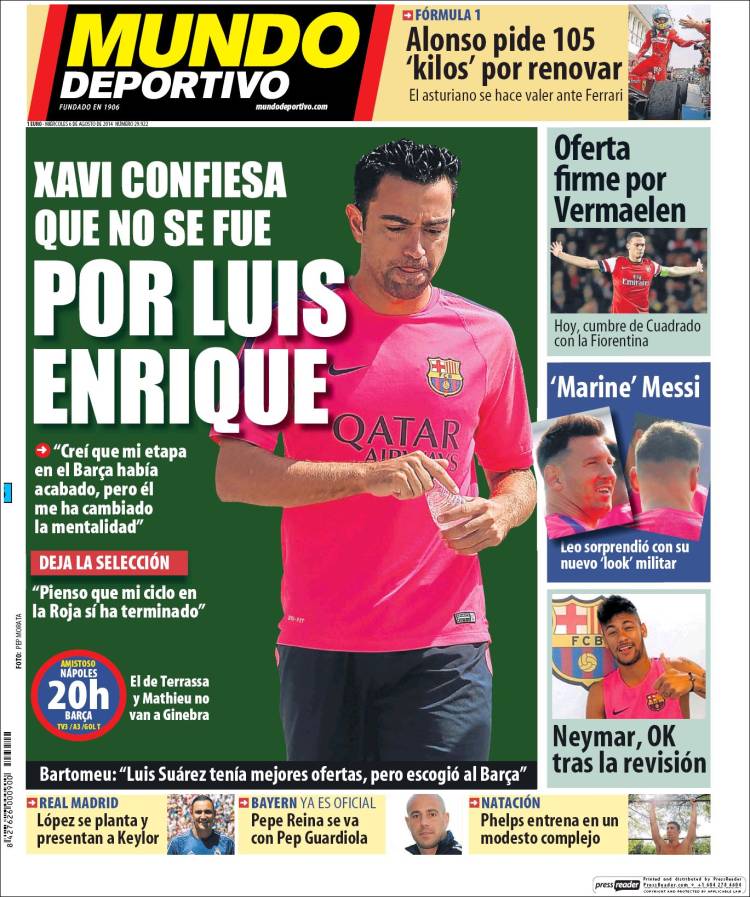 Xavi confesses that it was because of Luis Enrique

He leaves the national team

'I think that my cycle in La Roja has finished'

The Terrassa-born player and Mathieu don't go to Geneva

Bartomeu: 'Luis Suarez had better offers but he chose Barca'

A firm offer for Vermaelen

Today, a meeting with Fiorentina over Cuadrado

Neymar OK after a review

Lopez contemplates whilst Keylor is presented