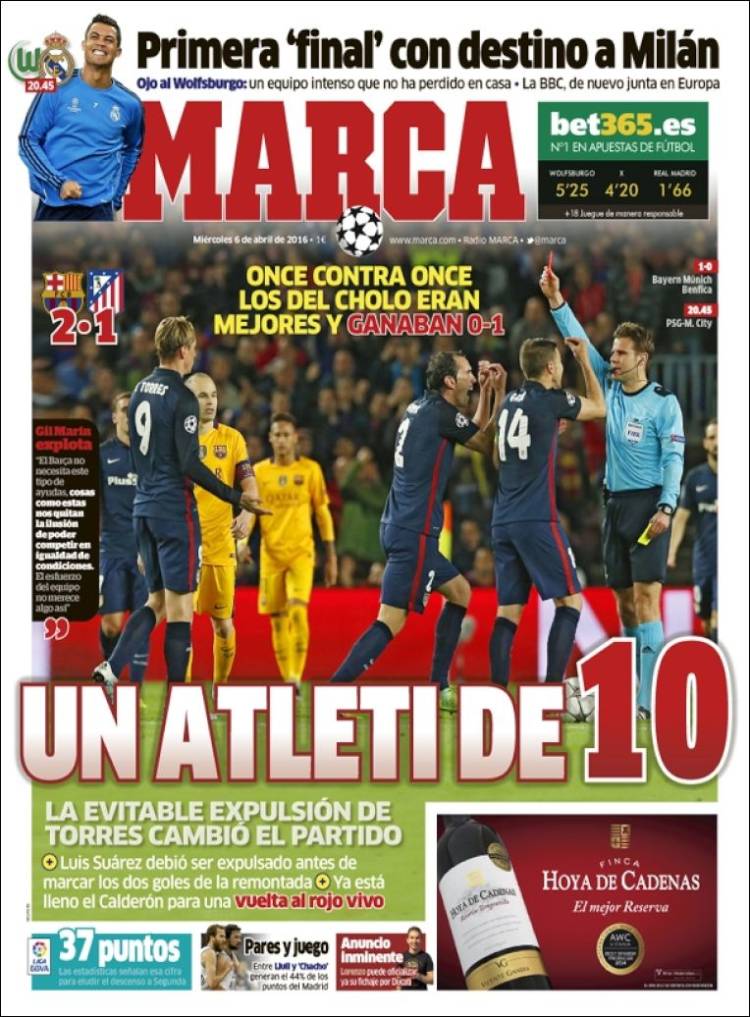 First ‘final’ with the destination Milan

Eye on Wolfsburg: An intense team that hasn’t lost at home

The BBC, together again in Europe

The avoidable expulsion of Torres changed the game

The Calderon is already full for a red hot return leg

“Barca doesn’t need this type of help, things like this take away the illusion of being able to compete on level terms. The effort of the team doesn’t deserve something like that.” 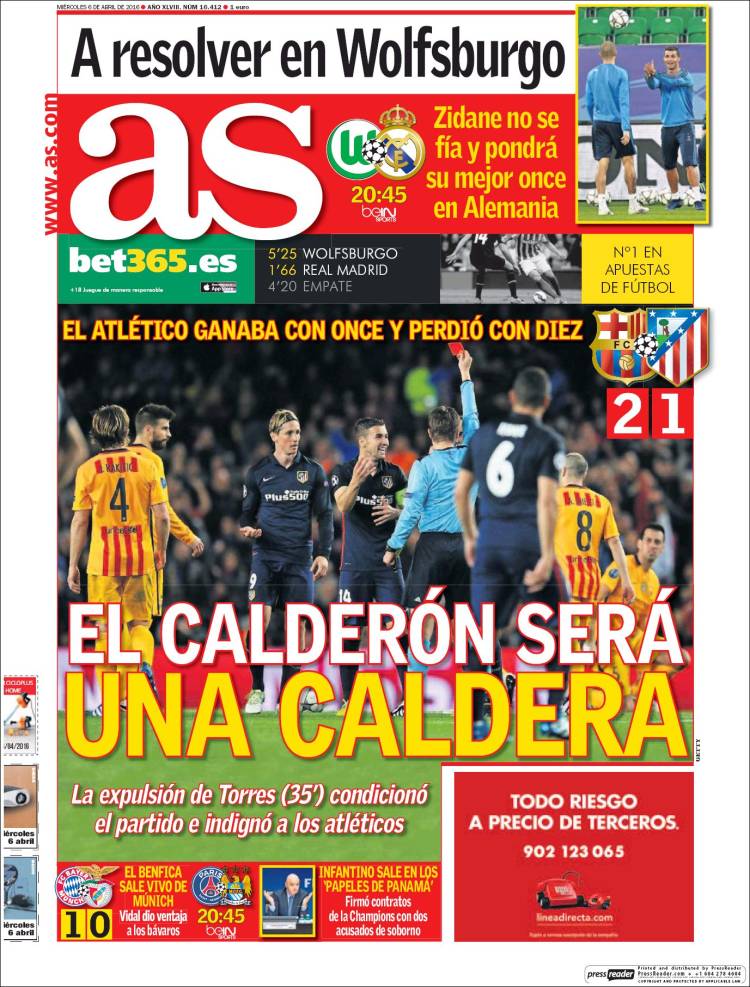 To decide in Wolfsburg

Atletico win with 11 and lose with 10

The Calderon will be a cauldron

Benfica get out of Munich alive

Vidal gives the advantage to the Bavarians

Infantino comes out in the ‘Panama Papers’ 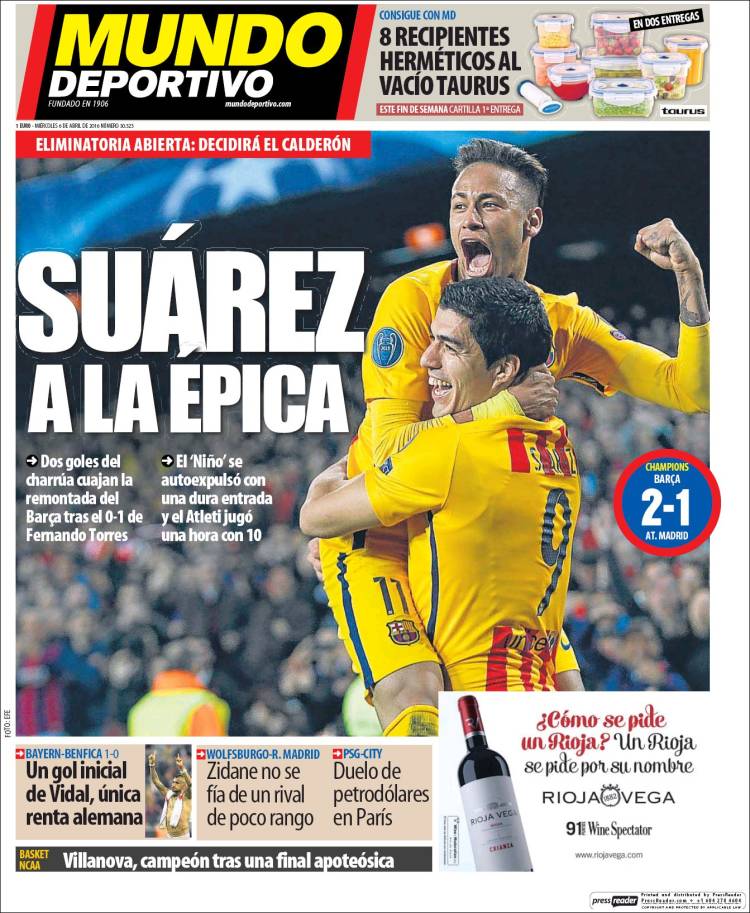 Qualification open: Decided at the Calderon

Suarez to the epic

An initial Vidal goal, the only income of the Germans

Duel of petrodollars in Paris