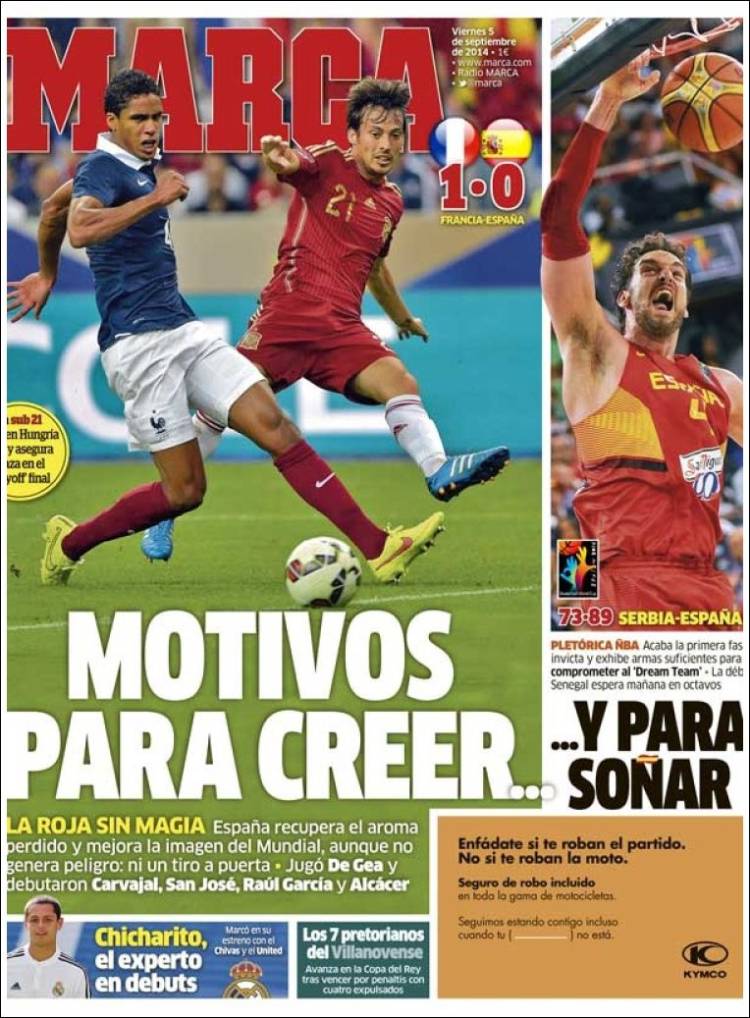 Spain recover the lost scent and improve the image from the World Cup, although they do not create any danger: not one shot on goal

Chicharito, an expert in debuts: he scored on his bow with both Chivas and United

Villanovense’s seven Praetorian Guards: they go through in the Copa del Rey after winning on penalties with four sent off 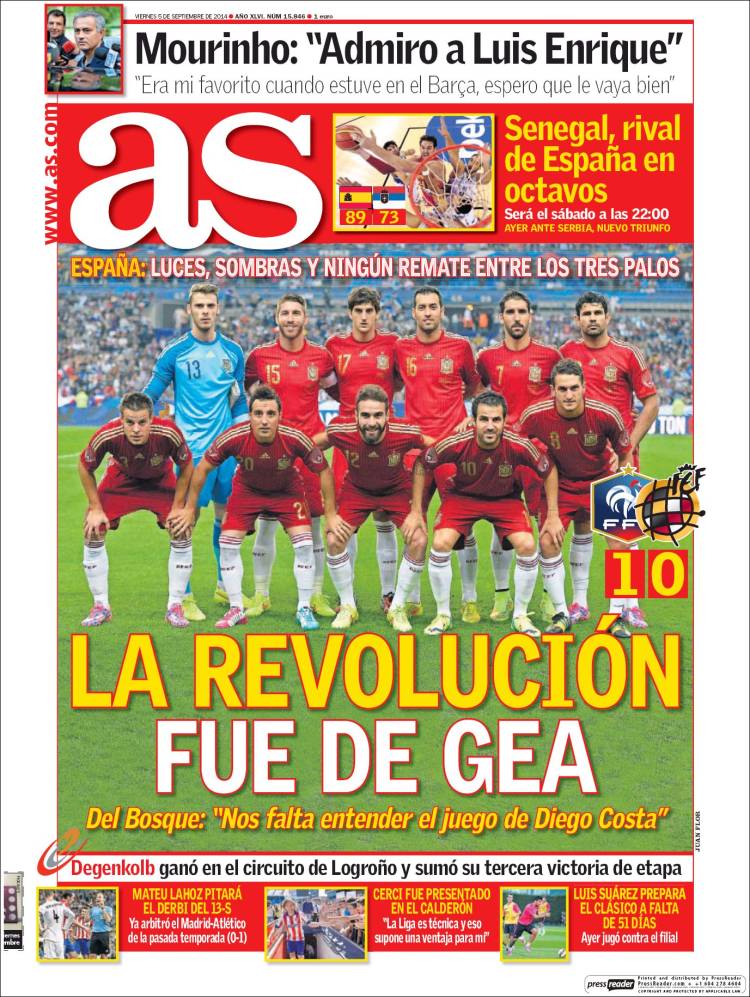 De Gea was the revolution

Spain: Light, shade and not a single shot between the posts

Mateu Lahoz will referee the derby on September 13: he was in charge of last season’s Madrid-Atletico (0-1)

Cerci has been presented in the Calderon

“La Liga is technical and that means I have an advantage”

Luis Suarez prepares for El Clasico with 51 days to go: he played against the B team yesterday 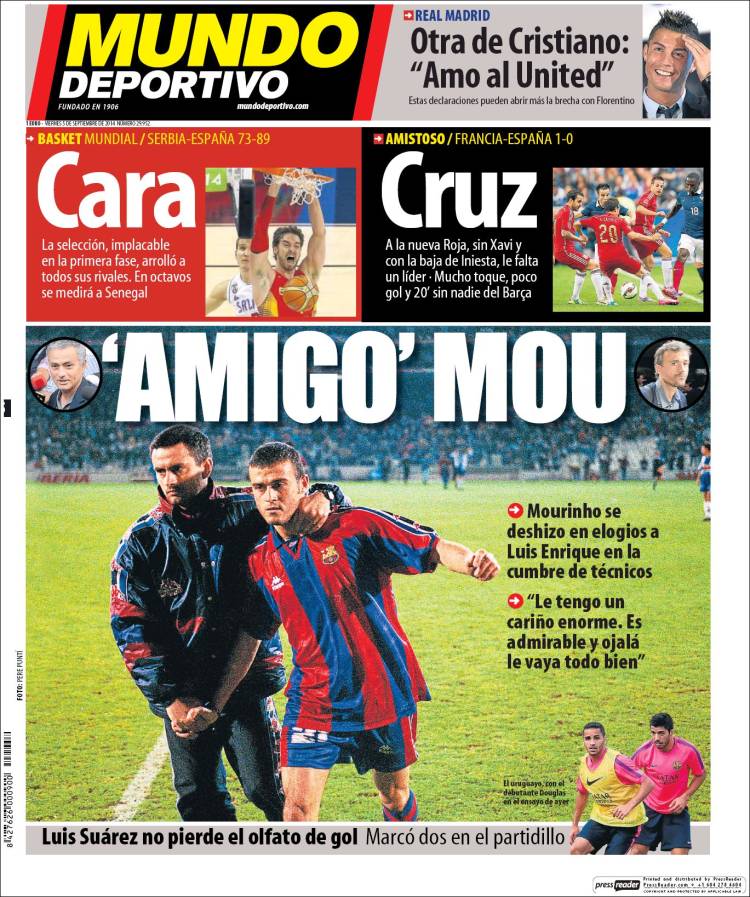 “I have a great affection for him”

“He is someone I admire and hopefully everything goes well”

Cross: the new Roja, without Xavi and with Iniesta injured, lacks a leader

A lot of touches, no goal and 20 minutes without anyone from Barca

Real Madrid: The other Cristiano: “I love United”

These comments could open the rift with Florentino even more

Luis Suarez doesn’t lose his instinct for goal: he scores two in the practice match