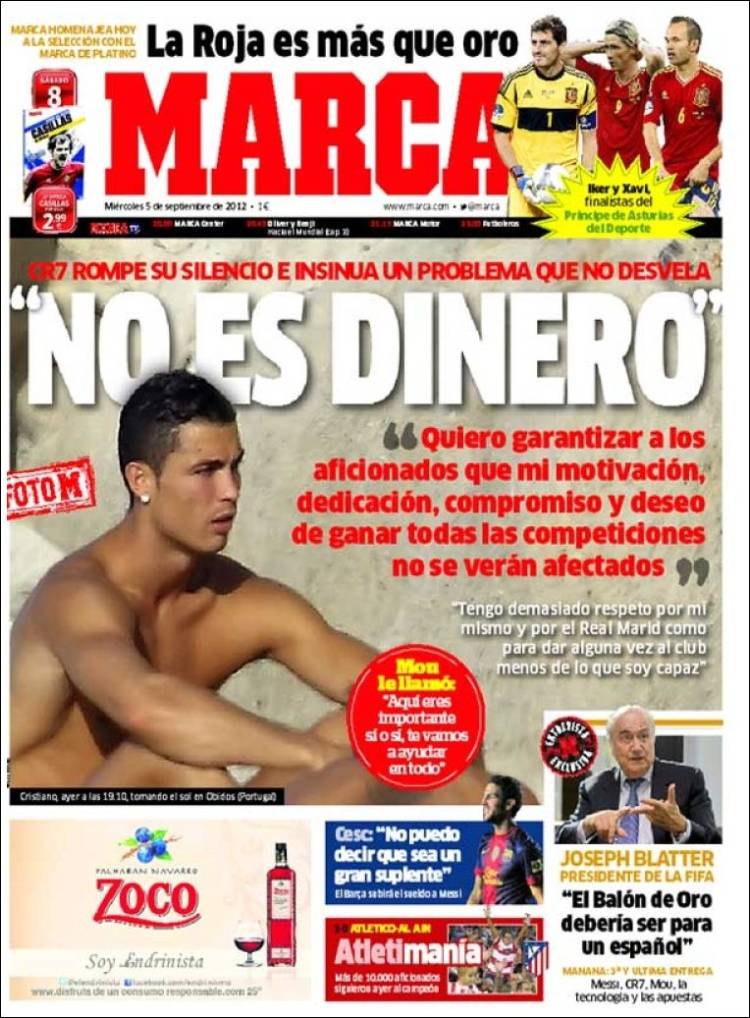 "I want to assure the fans that my motivation, dedication, commitment and desire to win every competition will not be affected"

Mou calls him: "Here you are important whatever happens, we'll help you with anything"

La Roja is more than gold: Iker and Xavi finalists in the Prince of Asturias sports award

Joseph Blatter, FIFA President: "The Ballon d'Or should go to a Spaniard"

Cesc: "I can't say that I am a great substitute" 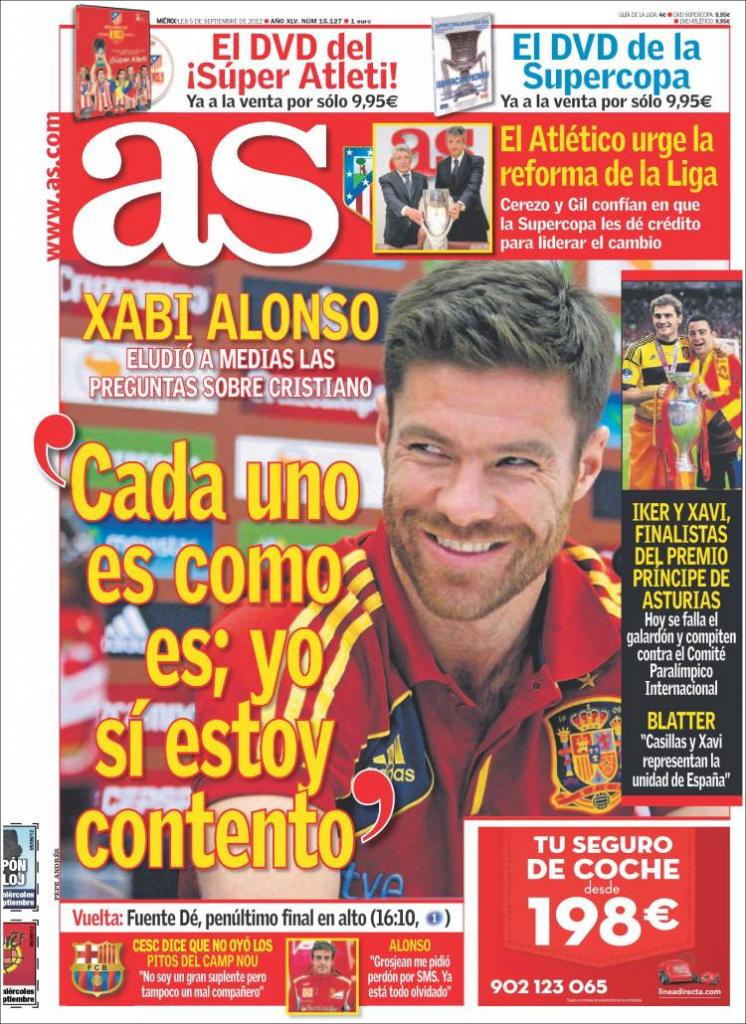 "Everybody is like he is; I personally am happy"

Xabi Alonso avoids the issue regarding questions on Cristiano

Atletico urge La Liga reform: Cerezo and Gil hope the Supercopa has given them credit to lead the change

Iker and Xavi finalists for the Prince of Asturias award: it is decided today and they will compete against the International Paralympic Committee

Cesc says he did not hear the Camp Nou jeers: "I'm not a great substitute but neither am I a bad teammate" 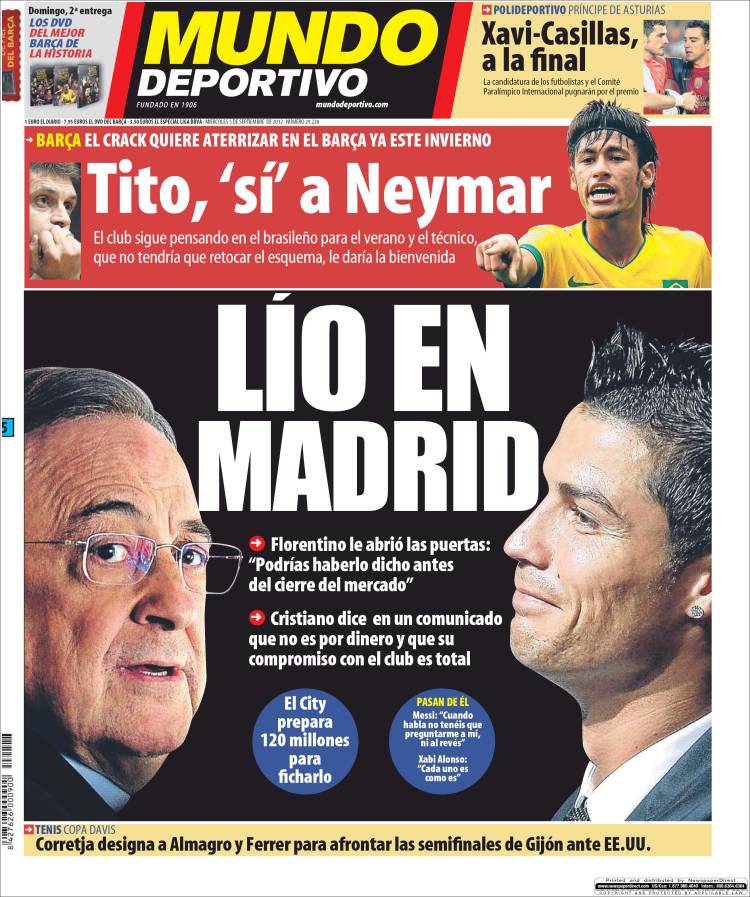 Florentino opens the door: "He could have told us before the market closed"

Messi: "When he speaks you don't need to ask me, and the opposite"

Tito 'yes' to Neymar: the 'crack' wants to land at Barca in the winter

The club are still thinking of the Brazilian for the summer and the Coach, who will not have to change his tactical plan, would welcome him

Prince of Asturias award: Xavi and Casillas finalists - the footballers are candidates to fight for the award alongside the International Paralympic Committee