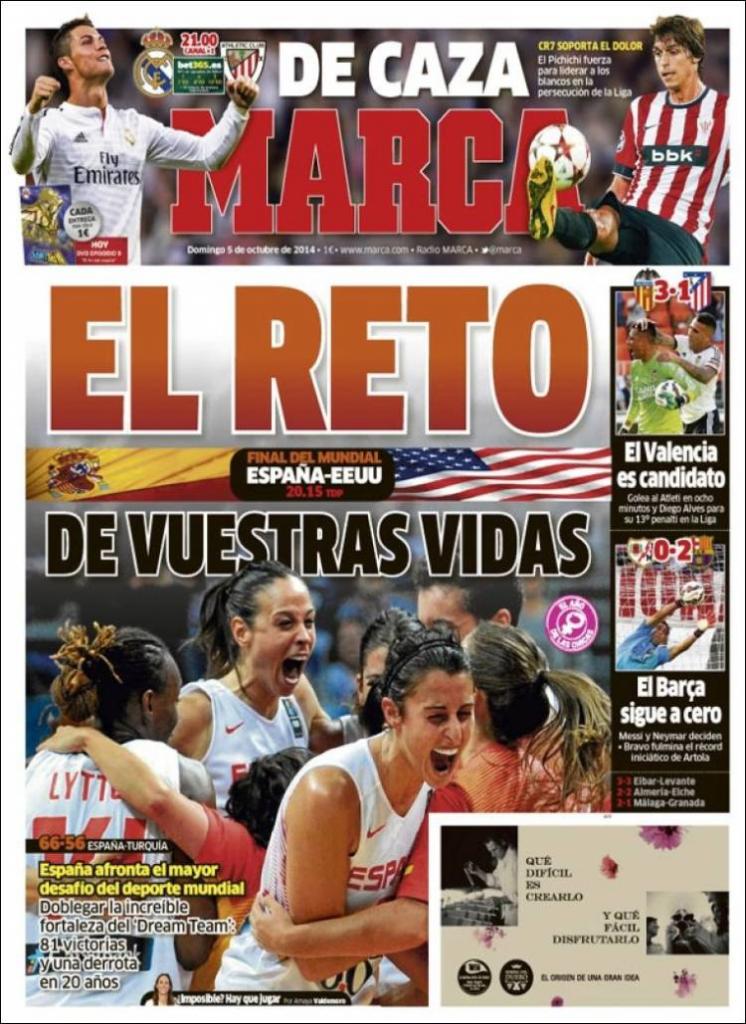 The Pichichi strengthens Los Blancos in their quest for La Liga

Valencia are contenders; they score goals against Atletico in eight minutes and Diego Alves stops his 13th La Liga penalty 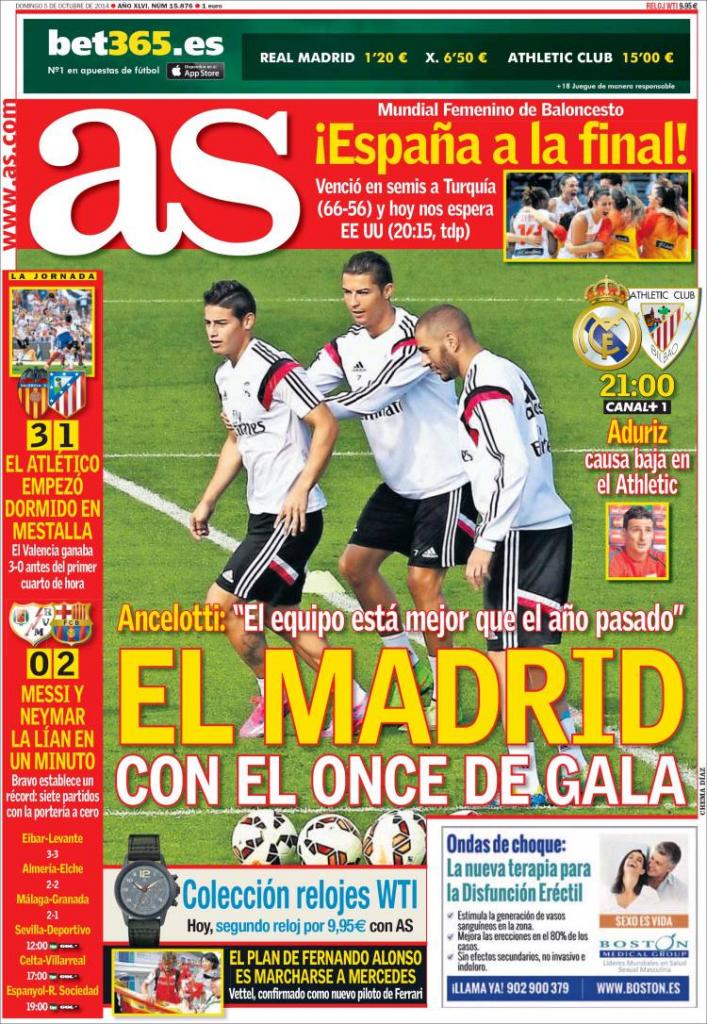 Madrid with their all-star line-up

Ancelotti: “The team is better than last year”

Aduriz out for Athletic

Atletico began as if they were asleep in Mestalla

Messi and Neymar sew things up within a minute

Bravo sets a record: seven games without conceding a goal 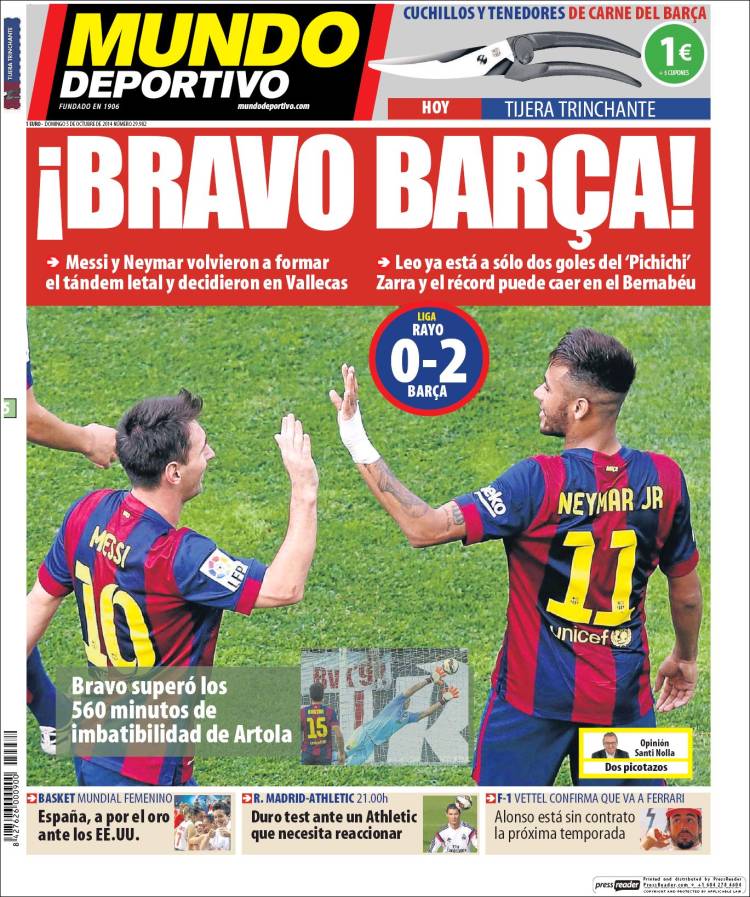 A difficult test against an Athletic side that needs to respond