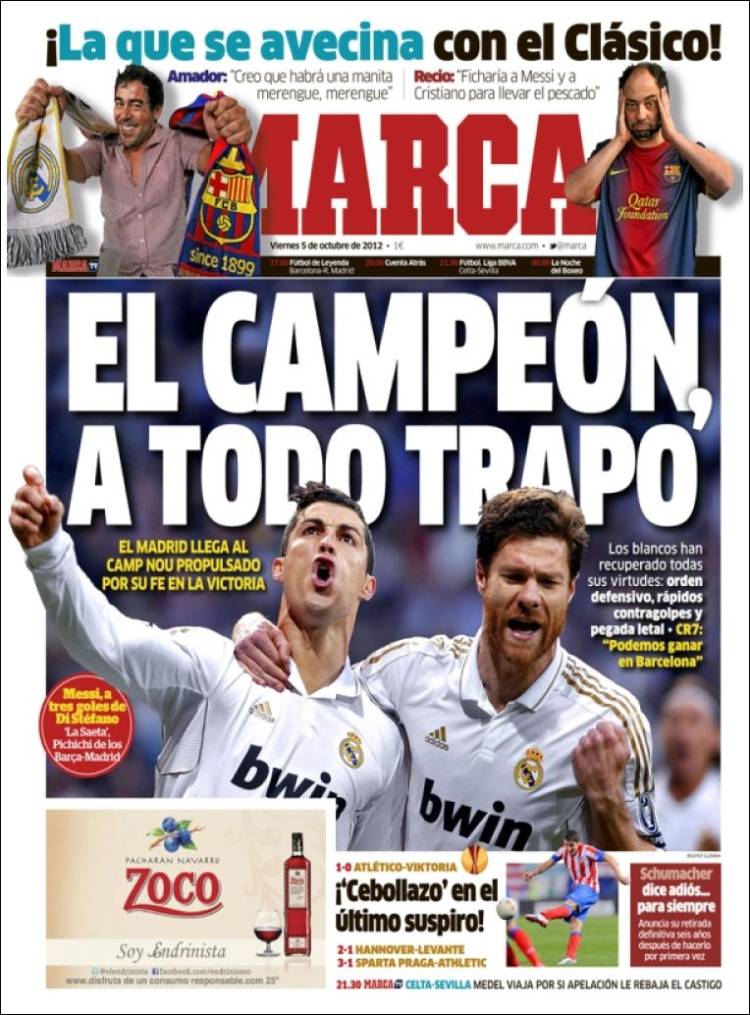 The champions with all guns blazing

CR7: "We can win in Barcelona"

Celta-Sevilla: Medel travels in case his suspension is lifted 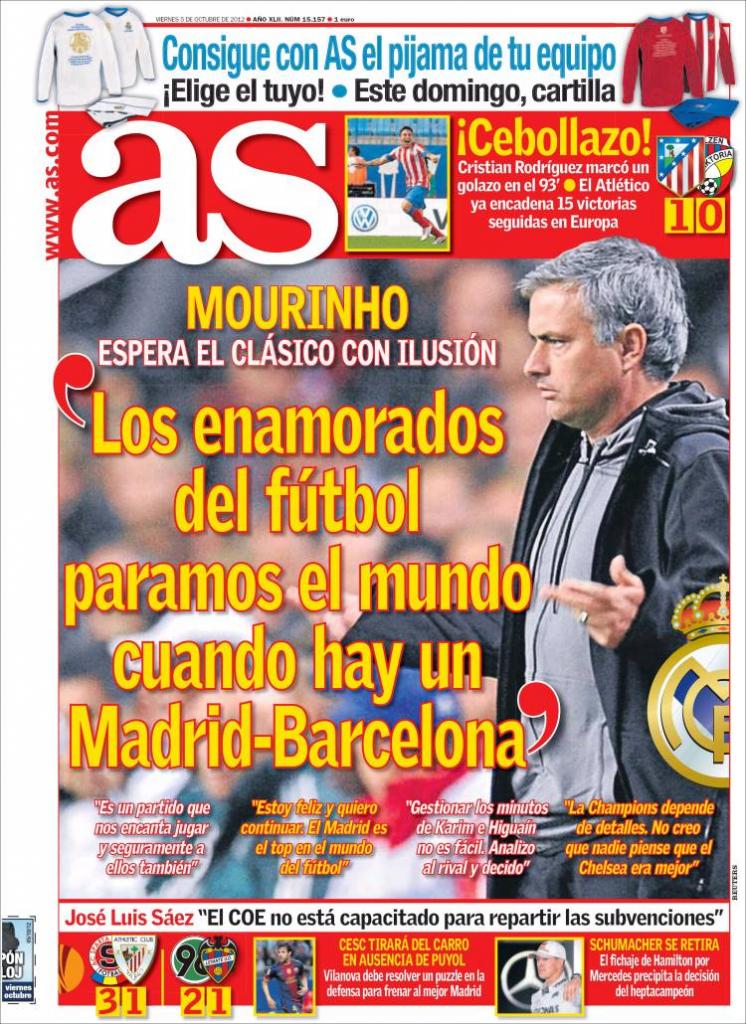 'For football lovers the world stops when Madrid play Barcelona'

"I'm happy and I want to continue. Madrid is at the top of world football"

"To manage Karim and Higuain's playing time is not easy"

"The Champions League depends upon small details. I don't think anybody thought Chelsea were the best team"

Cesc will be left out in Puyol's absence

Vilanova must solve a defensive puzzle to face Madrid 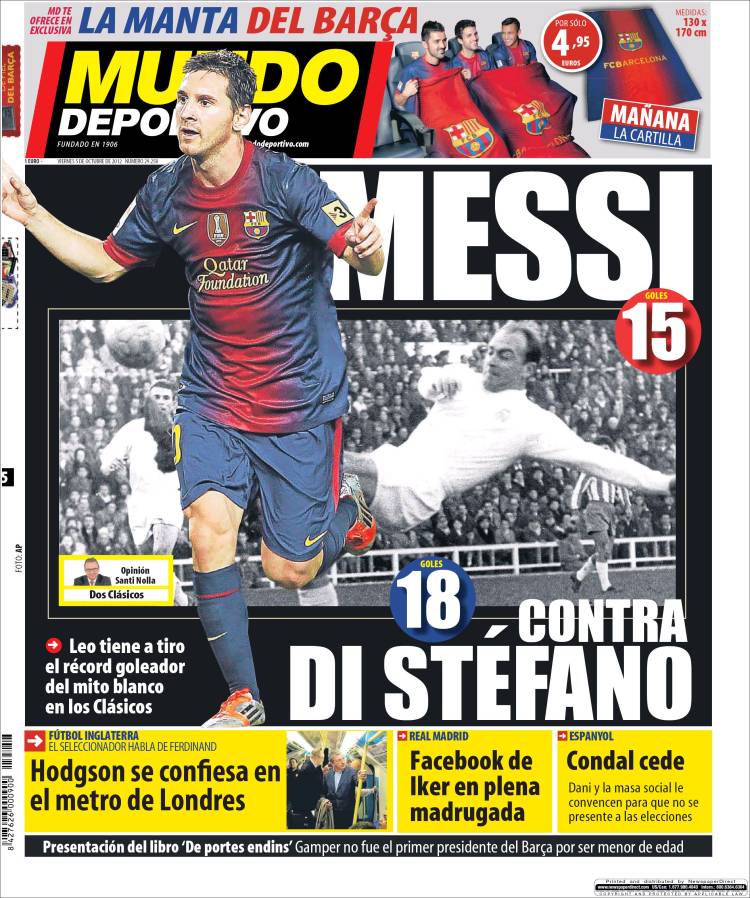 Hodgson trusts in the London metro

Condal gives in: Dani and the social mass convince him not to stand in the elections

Gamper was not the first Barcelona President to be under-age