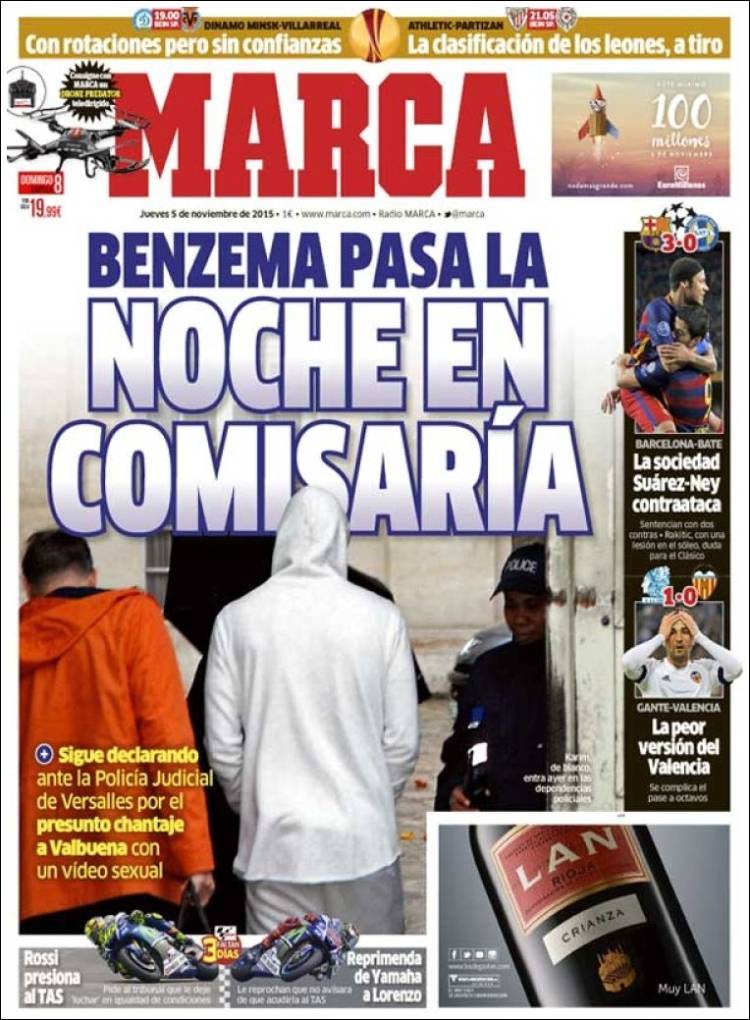 Benzema spends the night at the police station

With rotations but without confidence

The Suarez-Ney society strikes back

Rakitic, with a soleus muscle injury, a doubt for the Clasico

The worst version of Valencia

Complicates progression to the second round 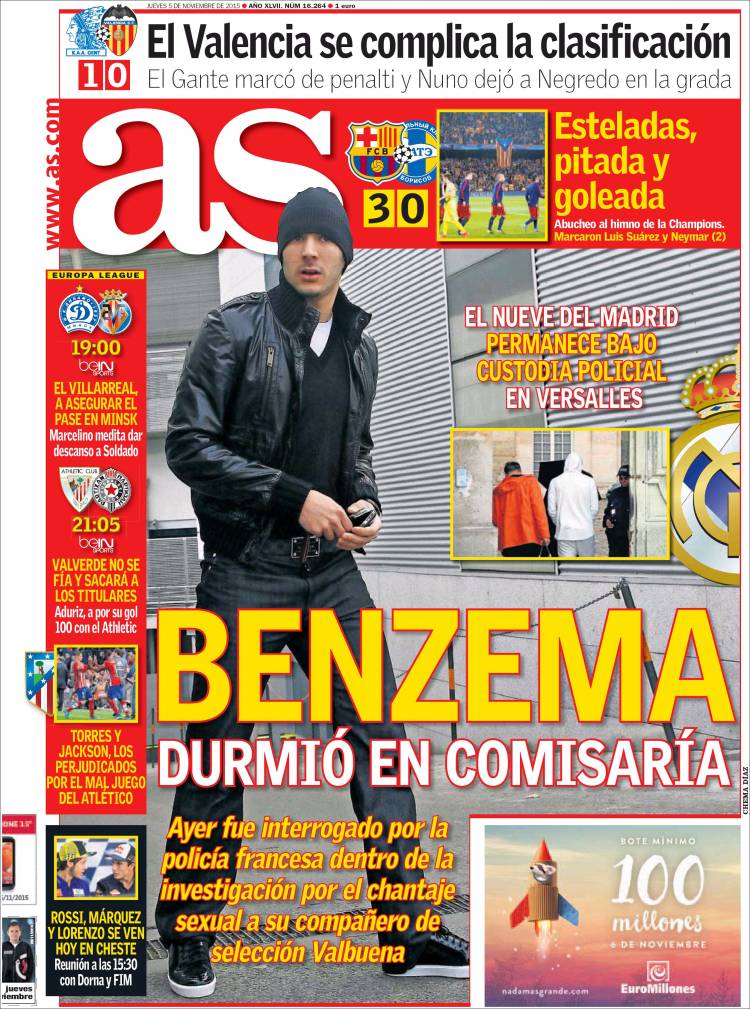 Sleeps in the police station

The Madrid No 9 remains in police custody in Versailles

Gent score a penalty and Nuno leaves Negredo in the stands

Esteladas, whistles and a lot of goals

Villarreal, to guarantee qualification in Minsk

Valverde is wary and will name the starters

Aduriz, for his 100th Athletic goal 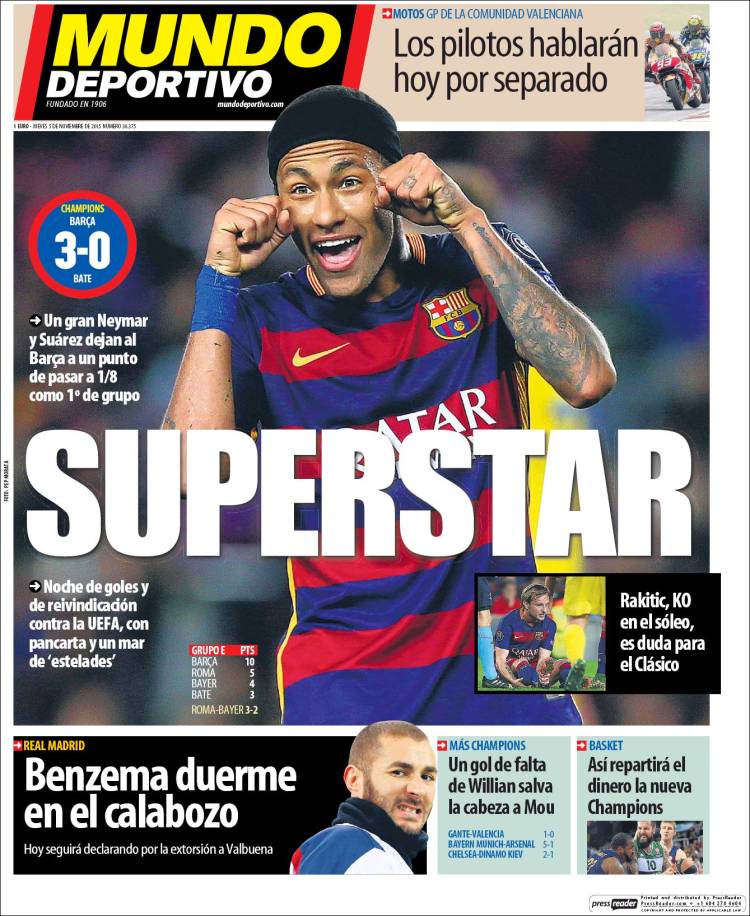 A night of goals and grievances against UEFA, with a banner and a sea of ‘estelades’

Rakitic, KO’d by a soleus muscle, a doubt for the Clasico

Benzema sleeps in a cell

Continuing to declare in the extortion of Valbuena