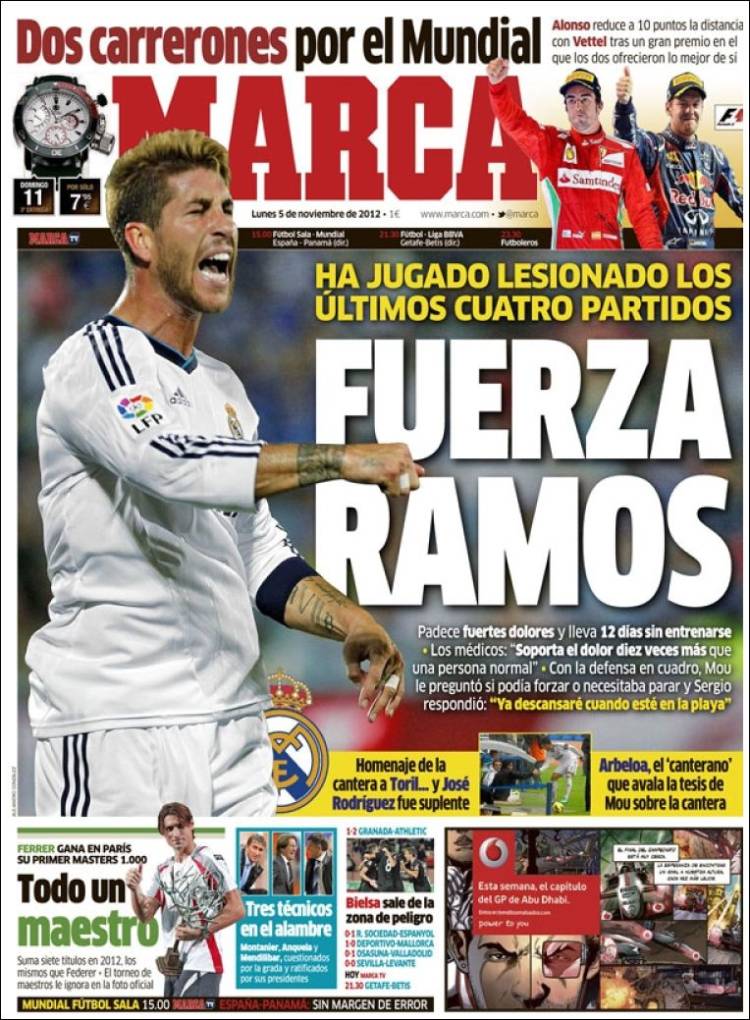 The doctors: “He puts up with 10 times more pain than a normal person”

With the defence short Mou asked him if he needed to stop playing and Sergio responded: “I’ve already had a rest when I was on the beach”

Arbeloa, the ‘youth’ player who bears out Mourinho’s theory about the reserves

Three bosses on a tightrope – Montanier, Anquela and Mendilibar questioned by fans but backed by their Presidents

Bielsa out of the danger zone 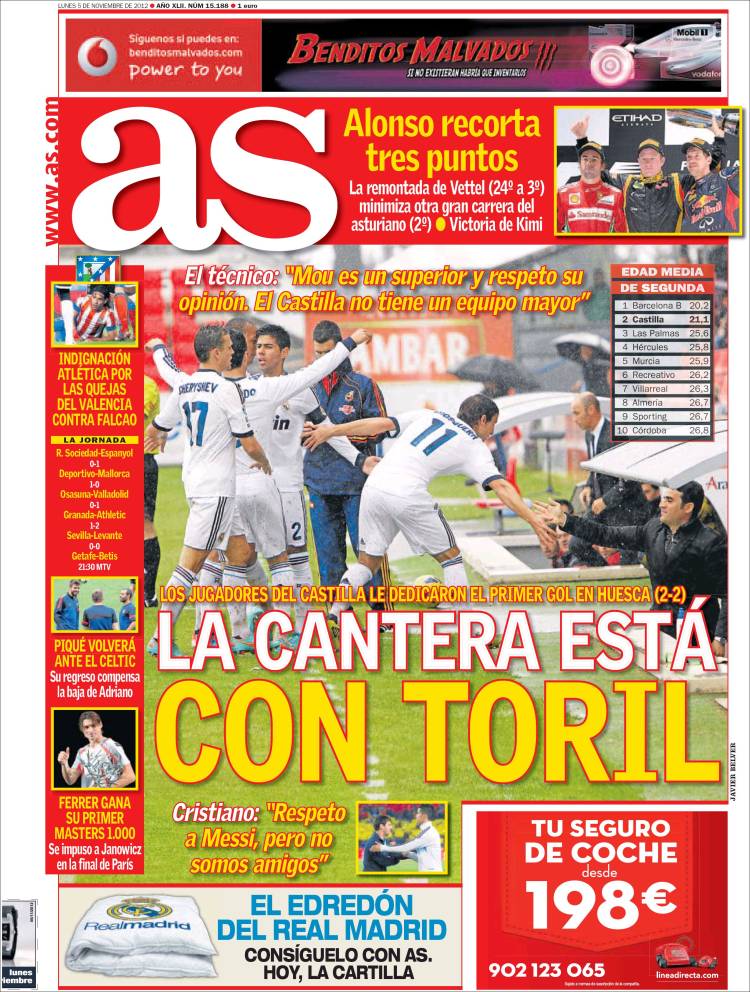 The youth team with Toril

The boss: “Mou is a superior and I respect his opinion. Castilla do not have an old team”

Cristiano: “I respect Messi but we are not friends” 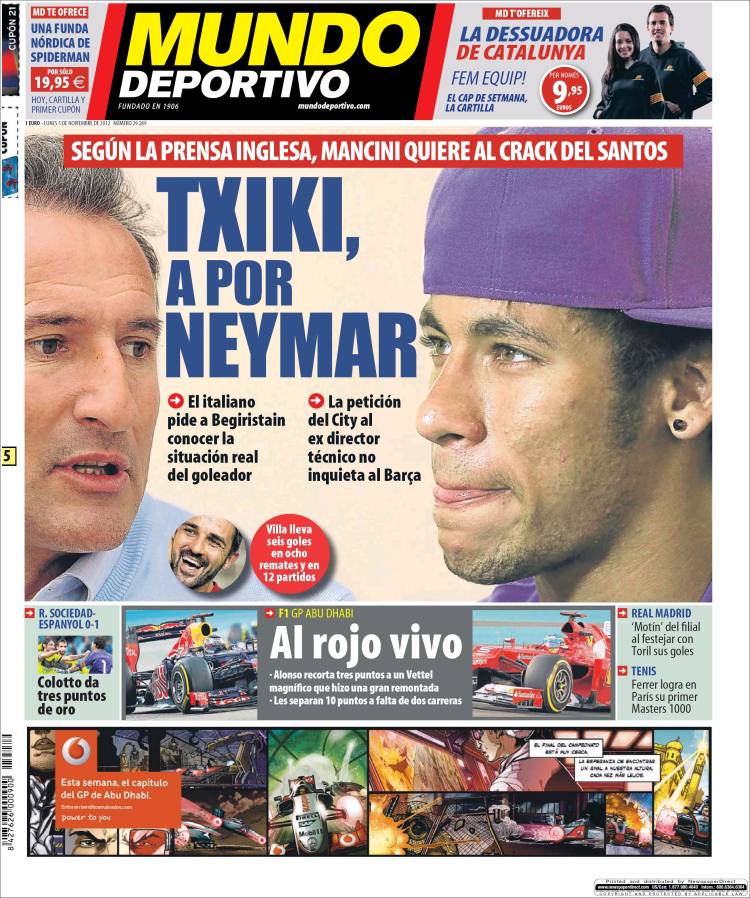 According to the English Press, Mancini wants the Santos star

The Italian asks Begiristain to find out the goalscorer’s situation

Villa has scored six goals from eight attempts in 12 games