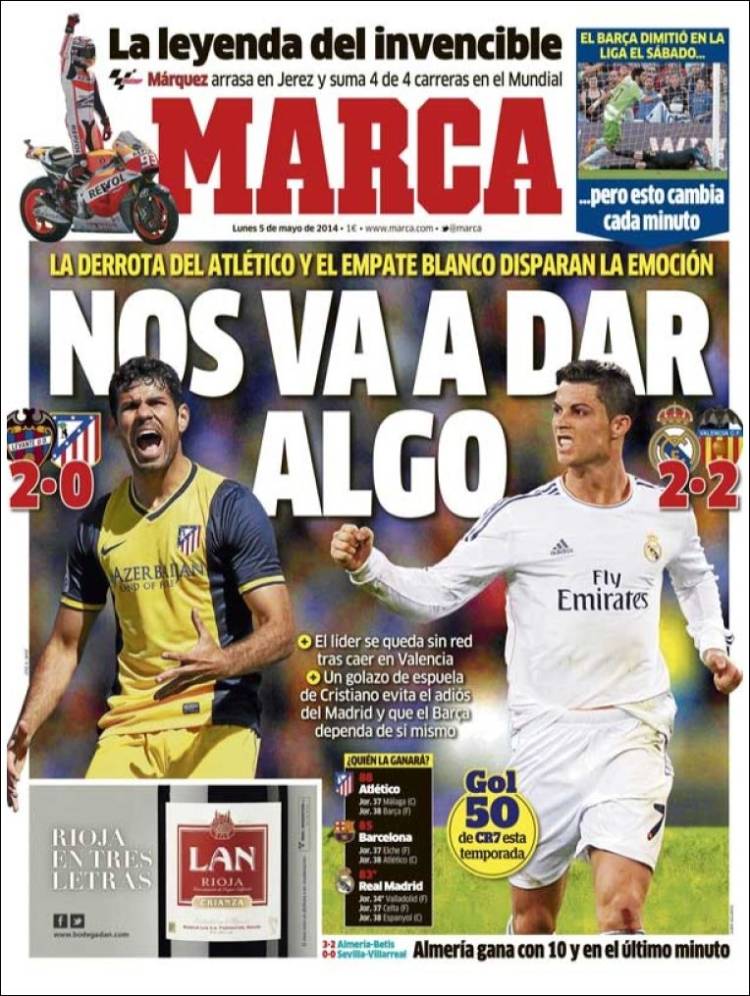 Atletico lose and Madrid draw in an emotional day

The leaders are under pressure now after losing in Valencia

Almeria win with ten men in the last minute

Barca gave up the race for La Liga on Saturday, but everything continues to change 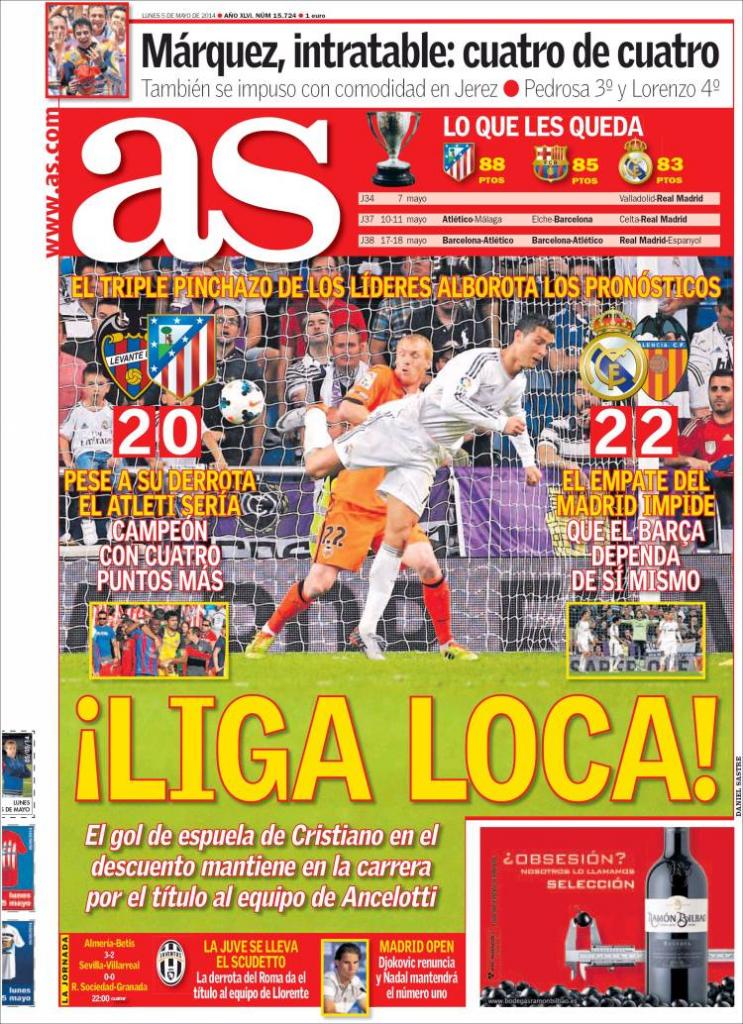 Despite losing, Atletico could become champions with four more points

Juve wrap up the Scudetto after Roma's loss

Madrid Open: Djokovic not to play meaning Nadal will maintain his number one spot 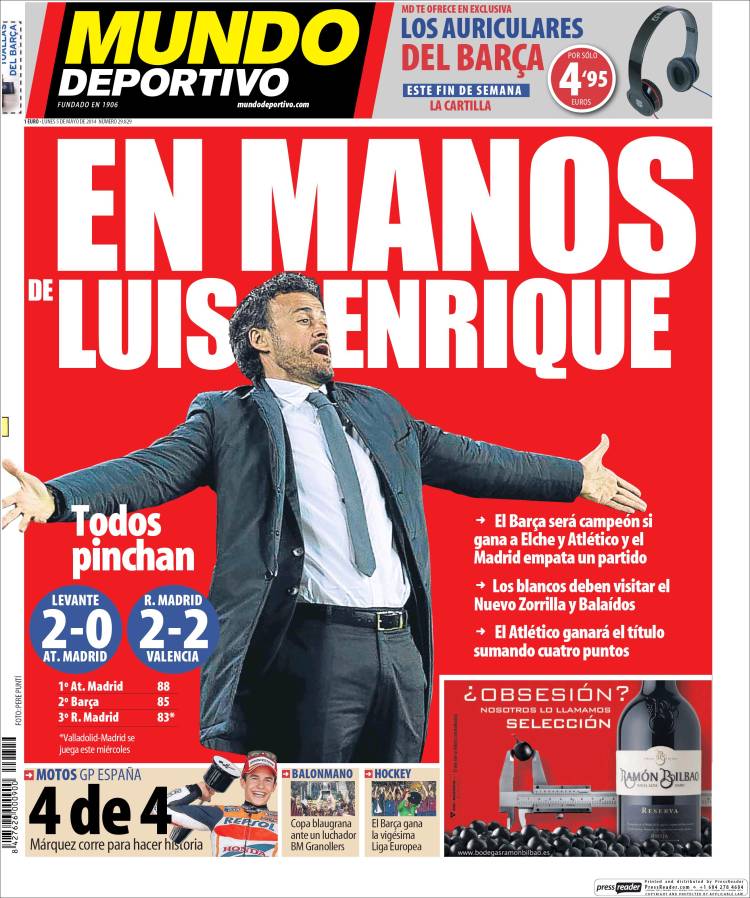 In the hands of Luis Enrique

Every team in the race takes a blow

Los Blancos have to travel to Nuevo Zorilla and Balaidos

Atletico will win the title if they get four more points