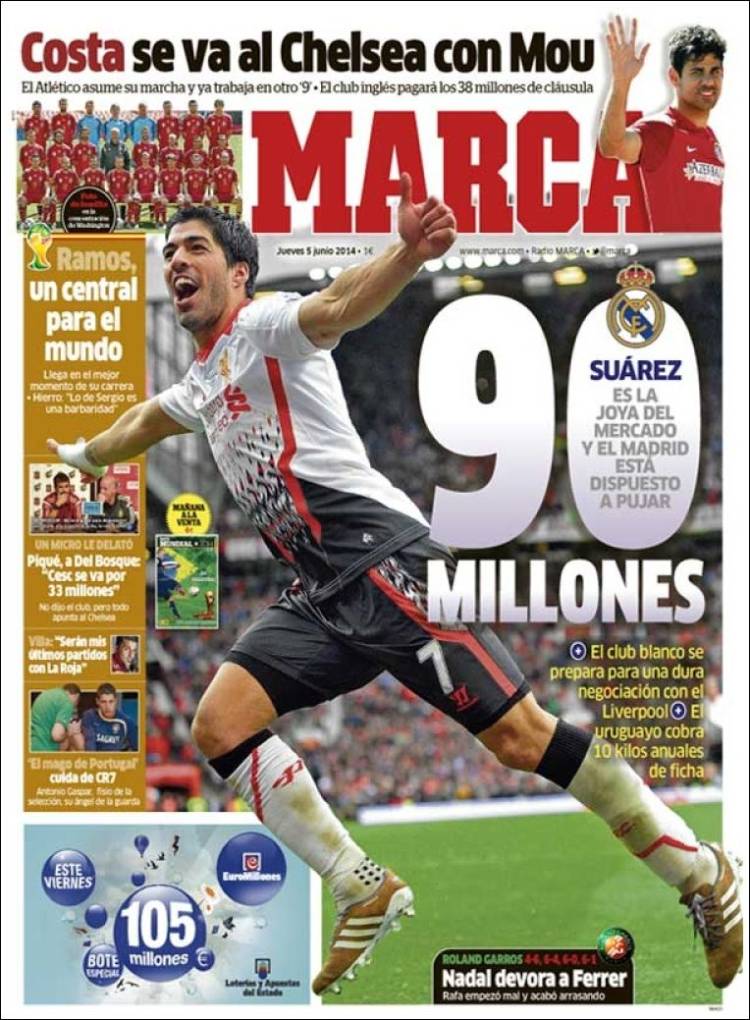 90 million: Suarez is the jewel of the market and Madrid are ready to bid

The club prepare for tough negotiations with Liverpool

The Uruguayan earns 10 million a year

Costa to link up with Mourinho at Chelsea

Atletico are ready for his departure and already have plans in place for a replacement, the English club will pay 38 million

Ramos: A centre-back for the World: He is in the form of his career for Brazil

A microphone gives it away, Pique tells Del Bosque: Cesc is going for 33 million. The club have said nothing but Chelsea looks likely

Villa: They will be my last games for La Roja

The magician of Portugal looks after CR7 : Antonio Gaspar, the Portugal physio, their guardian angel. 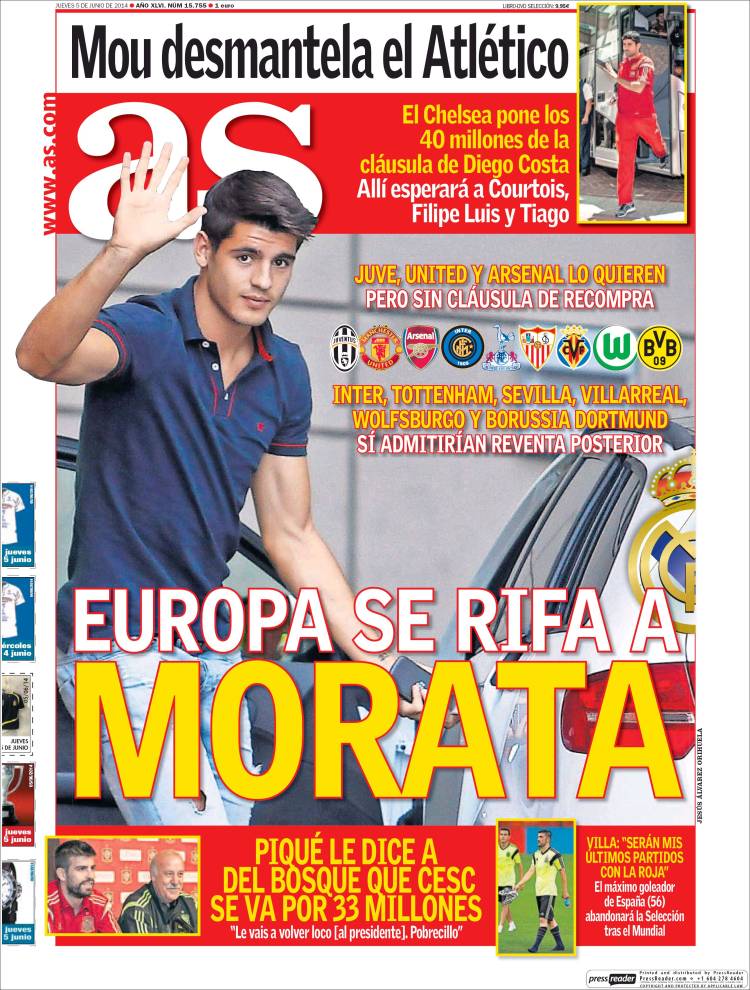 Europe fights for Morata: Juve, United and Arsenal want him but without a buy back clause

Inter, Tottenham, Sevilla, Villarreal, Wolfsburg and Dortmund would agree to a buy back.

Mourinho dismantles Atletico: Chelsea activate the 40 million clause for Diego Costa while they wait on Courtois, Filipe Luis and Tiago.

Pique tells Del Bosque that Cesc is going for 33 million 'You are going to go crazy at the president, poor thing'

Villa: They will be my last games for La Roja. Spain's highest ever goalscorer with 56 goals will retire from the national squad after the World Cup 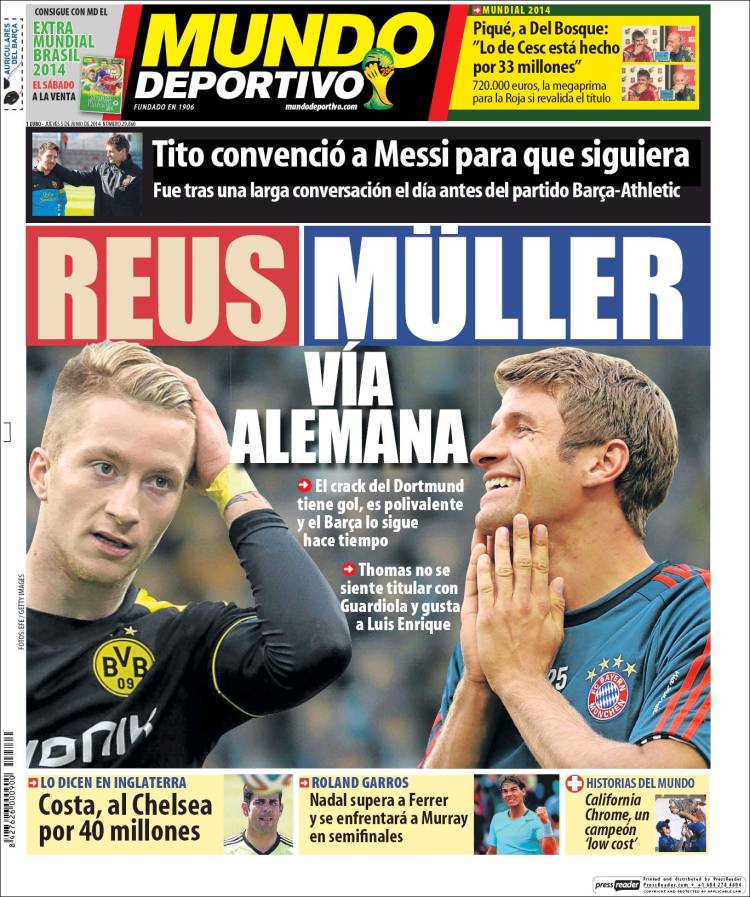 The Dortmund star has goals in him, is versatile and Barca have tracked him for a while

England says Costa is off to Chelsea for 30 million

Tito convinced Messi to go on: It was after a long conversation the day before Barcelona vs Athletic

Pique to Del Bosque: 'The Cesc deal is done for 33 million'

720 000 Euros, the mega reward for La Roja if they retain the title